BizNews is a disruptive internet publishing business which was founded in August 2013. It embraces Jeff Bezos’s Day One philosophy using software instead of people wherever possible, thus freeing its brainpower to focus on fulfilling an obsessive customer focus. It is a fully remote business, has no physical head office and a team spread across the world. With hubs in London, Johannesburg and Cape Town, BizNews is uniquely positioned to serve South Africans with a global mindset through independent reporting and commentary on local and global issues that affect their lives. The subscription service, BizNews Premium, features bespoke commentary, exclusive WhatsApp and Twitter channels, investment webinars and a partnership with the Wall Street Journal offering full access to wsj.com. If you would like to contact any member of the team, the email convention is the person’s first name followed by biznews.com – i.e. [email protected]

Alec Hogg is the founder and publisher of BizNews. A writer, broadcaster and disruptive media entrepreneur. An internet publishing pioneer, in 1997 created the highly successful Moneyweb Holdings from a room above his garage. During this period Moneyweb introduced business radio into South Africa and transformed the bankrupt Classic FM into a profitable enterprise. Hogg left Moneyweb in October 2012 and 10 months later created BizNews with the intention of taking disruption of SA financial media to the next level.

Jeanette Clarke is responsible for interaction with the BizNews community, the most critical part of the business’s focus. A well known sculptor in her native South Africa, she started her career lecturing in art and design at the Vaal Triangle Technikon before starting her own business in designing and manufacturing household ceramics. A qualified life coach and Nia dancing instructor, she is the custodian of the BizNews culture,  focusing on enhancing the engagement of its team and community. Her mission is to inspire others by being true to themselves and following their purpose.

Stuart Lowman is the general manager of BizNews. Having graduated from Rhodes University in 2003 with a bachelor of journalism, he began his journalistic career at ITWeb before a spell in print. Before joining BizNews in 2015, he was managing editor of Bloomberg TV in Johannesburg and prior to that was the news editor at CNBC Africa. 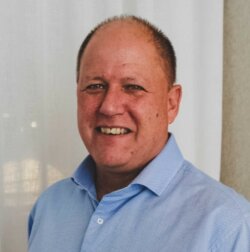 My passion for business naturally gravitates towards Sales, uncovering opportunities for clients externally matching them internally for the business. Clive Eksteen has worked in Sales & Marketing in a commercial capacity for the past 27 years and enjoys being part of, as well as leading and motivating a successful and productive team to thrive in highly pressurised and challenging working environments. Sport has played a large part in my life and during my 19-year professional cricket career I had the privilege of representing South Africa and today love playing golf with life-long friends and colleagues at “the Home of Golf “Parkview Golf Club!

Lindiwe Molekoa is BizNews’s production editor. Her passion for online media began while studying for her Bachelor of Arts degree at Wits University. As the “BizNews magician”, she makes articles more relevant and accessible. Before joining BizNews she worked with Alec Hogg at Moneyweb for three years. Lindiwe enjoys reading books (Christian fiction), loves flowers and plants, travelling (the beach mostly) and spending quality time with her siblings and two gorgeous nieces.

Nadya Swart is BizNews’s photojournalist and she is responsible for the creation of content for BizNews TV. A classically trained pianist since the age of four, Nadya’s passion for composition is often utilised as the audio accompanying video content. Before she joined BizNews, she became an admitted attorney and worked as a legal professional for over four years. 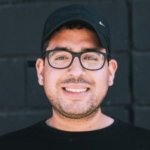 After obtaining a BA degree in English Literature and Communication Science, Jarryd Neves landed an internship at CAR magazine, where he was able to live out his dream – driving beautiful cars and writing about them. Joining BizNews in August 2020, he is now driven by news and learning more about the business world – but his motoring interest is kept alive by the occasional motoring piece and his Mercedes.

After graduating from the University of Cape Town with a B.BusSci Finance degree in 2018, Justin Rowe-Roberts spent an 18-month stint in Corporate Finance. He began to develop a passion for investments and analysing companies during his tenure in corporate finance whilst pursuing CFA. Justin is an investment fanatic and covers the capital markets for BizNews. His hobbies include golf and spending time with family and friends.

Duduzile Masuku is a radio and podcasting graduate who loves leadership and storytelling. She fell in love with media from primary school level and has always had a passion for communication and radio. She believes in spirituality as a foundation for humanity and loves music. She hopes to play the bass guitar one day. Duduzile is the newest addition to the BizNews team as a radio sound tech and so much more and looks forward to growing with the team.

Miles Downard is BizNews’s motoring editor. A qualified Chartered Accountant who obtained his Bachelor of Accounting degree through Rhodes University. His passion for all things finance is only surpassed by a deep seated love of all things motoring. An avid motoring journalist since 2006 and currently involved in multiple motoring related projects, including dabbling in amateur motorsport, Miles can most often be found in his element behind the wheel of a rear wheel drive V8 monster, pedal to the metal, eating up the asphalt.

Joanne Lambley is responsible for the physical placement of the advertising in BizNews. She has been in the online advertising world for almost a decade having started out as a junior campaign manager, and worked her way up into an Ad Operations role, overseeing the ad placements for some of the biggest online publishers. She has a passion for all things digital and loves the ever changing world of online, where you need to keep up to date with all the latest trends and technologies. In 2015 she started her own outsourced ad operations company.