The battle has well and truly been joined. Led by Saudi Arabia, the crude oil producing cartel OPEC last week threw down the gauntlet to American shale gas drillers. OPEC’s strategy is to let oil prices fall to levels where fracking is no longer economic. But the response from one of the founding fathers of the US Shale Gale revolution suggests the global energy game is a lot more complex than that. Harold Hamm, who despite losing $12bn is still worth at least that much, reckons Shale Gas producers can withstand a depressed prices for longer than OPEC. The games have begun. And with a much lower oil price in prospect for some time, the world is better for it. – AH 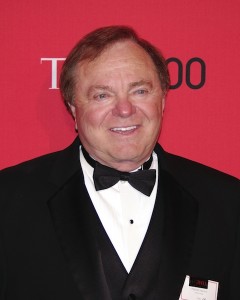 Dec. 2 (Bloomberg) — Billionaire wildcatter Harold Hamm, a founding father of the U.S. shale boom whose personal fortune has fallen by more than half in the past three months, said U.S. drilling will slow as producers cut back amid falling oil prices.

Declining activity from Texas to North Dakota won’t be as harmful to the industry as some have feared, the chairman and chief executive officer of Continental Resources Inc. said. OPEC’s refusal to curb output last week bodes well for U.S. producers that can outlast countries in the cartel, which depend on higher oil prices.

“Will this industry slow down? Certainly,” Hamm said yesterday in a telephone interview. “Nobody’s going to go out there and drill areas, exploration areas and other areas, at a loss. They’ll pull back and won’t drill it until the price recovers. That’s the way it ought to be.”

Investors have been spooked as oil has declined to a five- year low. The downturn comes after prices above $100 a barrel sparked a boom in output from U.S. shale formations that helped create a glut of supply.

Hamm’s wealth, which is largely tied to the fate of Oklahoma City-based Continental, has fallen by more than $12 billion in three months, according to the Bloomberg Billionaires Index.

Hamm, who helped discover the potential of North Dakota’s Bakken formation, predicted a swift recovery in oil prices, which have declined more than 36 percent since June as Saudi Arabia and its allies in the Organization of Petroleum Exporting Countries refused to cut production last week to help re-balance the market.

The company said last month it’s sold nearly all its hedges through 2016, in a bet on a recovery in prices. West Texas Intermediate, the U.S. benchmark, fell below $65 a barrel yesterday before settling up 4.3 percent to $69.

Drillers from Texas to North Dakota are pumping the most in three decades, with many betting they can outlast Venezuela, Iran and other nations that need higher oil prices to fund government budgets.

The price drop has come about more because of “rhetoric” from Saudi Arabia than fundamentals of supply and demand, Hamm said. While prices are low, shale producers have the upper hand, he said.

“We can adjust quickly,” he said. “It’s a lot easier to adjust companies than it is for countries to adjust. When you’ve got people starving or social policies within countries that people are used to, it’s hard to adjust those.”

Hamm has said in the past that his company can turn a profit at prices of $50 a barrel. Continental plans to boost output by as much as 29 percent next year, while holding spending at 2014 levels, according to a Nov. 6 company presentation. Hamm declined to say how those plans may change if prices fall further.

In the most profitable areas of the Bakken, producers can turn a profit on average with oil prices above $65.03 a barrel, according to Bloomberg New Energy Finance. Prices may fall to $50 a barrel by early next year, according to Wolfe Research LLC.

“This is a bump in the road, a correction, an adjustment that we’re going through right now,” Hamm said. People “need to calm down, take the long view and there’s certainly no need to panic at this point or any point.”