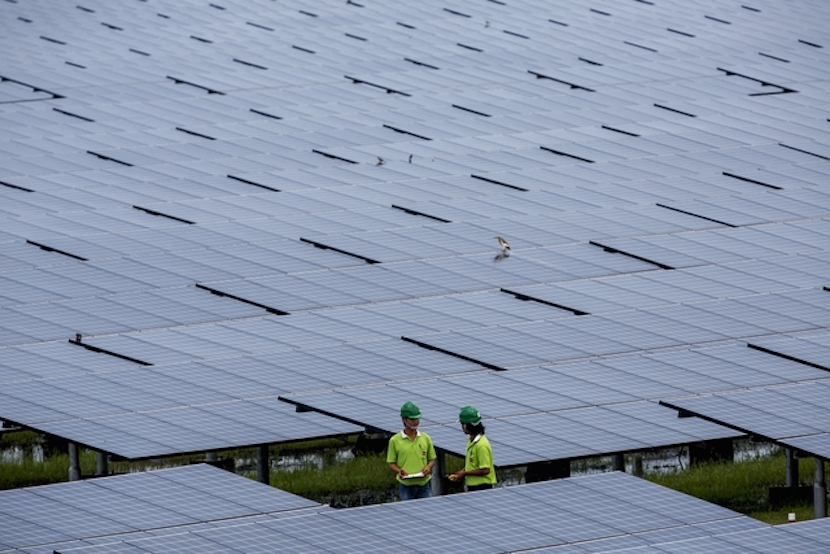 Ahead of the ANC assuming power in 1994, South Africa’s Government-in-waiting adopted Germany’s labour legislation as the model for its own policies. Unfortunately, it was lost on the protagonists that then West Germany was a highly developed First World economy. Worse, that once the realities of unification with the underdeveloped East became apparent, Germany abandoned its own inflexible laws as too idealistic for the new circumstances. Sadly, because of fear of the political implications. the ANC ploughs on with these business unfriendly laws and private sector unemployment keeps growing. But there is another area where South Africa can profit from Germany’s experience. Chancellor Angela Merkel’s “Energiewende” is a massive programme that’s managing the move of Europe’s powerhouse away from fossil fuels to renewables. Critically in a SA context, it is nuclear-free. Which offers a real life example to anyone in Pretoria who has considered avoiding the millstone of the mooted $100bn Russian-built nuclear fleet. But is anyone listening? – Alec Hogg

(Bloomberg Business) — Germany’s “Energiewende” is managing the biggest transformation away from fossil fuels and nuclear power and toward renewables of any advanced economy. It hasn’t all gone smoothly.

“The Energiewende has a lot of challenges attached, political as well as practical,” said Famke Krumbmuller, an analyst at Eurasia Group, a political consultant. “It had to be fine-tuned several times to make it viable.”

Since 2011, when the Fukushima nuclear disaster in Japan horrified Germany into shutting down its own atomic program, here’s what Merkel has learned about managing a big transition in energy: Contain Runaway Electricity Costs

The Energiewende built on Germany’s experiment granting across-the-board incentives to renewable energy that took off in 2004. Support for wind and solar came in the form of a feed-in tariff, which granted above-market rates for clean energy.

Giving the industry a formula showing what it will get paid created a boom in installations — and sent electricity bills soaring. Subsidy costs ballooned, pushing electricity prices to the second-highest in the European Union after Denmark.

Merkel has since shielded the German industry from the increases and slashed aid for renewables. The fee Germans pay to finance renewables is forecast to fall for the first time this year.

Obama may have an easier time protecting consumers from increasing prices because the cost of wind and solar are falling so rapidly and shale gas fracking technology is making energy cheaper in general in the U.S., Krumbmuller said.

RT if you agree: For the sake of our kids and the future of our planet, it’s time to #ActOnClimate. #CleanPowerPlan http://t.co/FQ3msViYTm

Wind and solar work only when it’s breezy and sunny, so adding more of their output to the grid strains a system designed for steady flows.

Germany has had to reroute excess wind power through neighbors such as Poland and the Czech Republic because its own grid couldn’t handle the surges. While Germany has managed to avoid widespread outages, it’s investing 21 billion euros ($23 billion) on an electricity superhighway that will link giant wind farms in the North Sea to factories in the south.

Obama still has nuclear plants to back up renewables, yet the U.S. grid is less reliable and older than the German one. An upgrade is urgently needed.

Get The Public On Board

Thousands of Germans are protesting the grid superhighway, delaying work and casting doubt on whether Merkel can deliver reliable power supplies while shutting down coal and nuclear plants.

To avoid similar opposition, Obama may avoid building up renewables in any one area. He could leverage technology from companies such as SolarCity Corp., which instead of focusing on sprawling utility-scale plants in the desert is putting panels on rooftops — small units “distributed” close to where the power is needed.Prepare For Unwanted Side-Effects

Merkel’s program had consequences for the power market and companies that still are rippling through the system, some of them unintentional.

For a few years, the transition slanted the power market in favor of coal, forcing the government to re jig legislation.

Germany decided to close its eight oldest atomic reactors in 2011 and expand renewables. But pollution increased in the years that followed because coal stepped in to fill a supply gap. Cleaner burning natural gas was pushed out of the market.

Faced with failure to reach Germany’s target of cutting greenhouse gases 40 percent by 2020, Merkel last month backed closing some of the dirtiest coal plants in 2021.

Then there was the impact on companies, which nobody predicted.

Germany essentially created the modern solar industry in 2004 with its incentives, and for a few years, Q-Cells SE was the leading cell maker. Then Chinese competitors swooped in, attracted by the scale of the market, and bankrupted most of the German renewables developers. Last year, the utility EON SE decided to split its business, saying its traditional business model has been destroyed.

Renewables have surged in Germany. They now produce about 26 percent of the nation’s electricity, up from 6.6 percent in 2000. Fortunes have been made and lost on the transition.