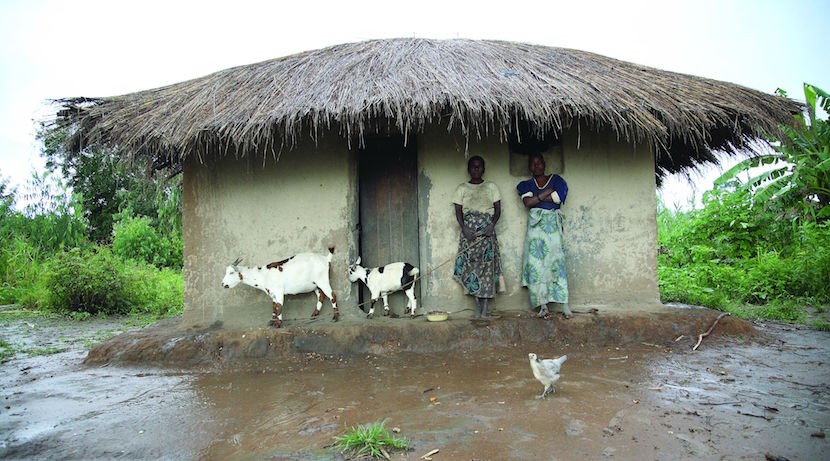 The best time to buy an umbrella is when the sun is shining. But that lesson takes some nations a long time to learn judging by the Malawian experience. Already the poorest country in Africa on GDP per capita, the uncovering of a massive corruption scandal led to a drying up in its major source of income – the 40% of total income which Malawi previously received via foreign aid. Donors have backed off until they are sure donations are not going into the wrong hands. But such guarantees have been slow in arriving. Now Mother Nature has added a further chastening by unleashing floods that have hammered an industry employing 80% of the country’s citizens. As a result the Malawian Kwacha is officially 2015’s worst performing currency in the world. What is it about most of Southern Africa that has condemned its people to accept the awful leadership that leads to such unnecessary hardship?  – Alec Hogg

(Bloomberg) – Floods are the latest disaster to hit Malawi’s currency, already in the throes of an Africa-wide selloff.

The kwacha is the world’s worst performer after the currencies of neighboring Zambia and Kazakhstan this quarter, plunging 22 percent against the dollar as bad weather devastates the southern African nation’s coffee and tobacco harvest.

The currency was already hurting after a corruption scandal that battered foreign-aid donations, with the government’s trading controls failing to stem the slide. The kwacha sank to a record this week, following peers from South Africa and Zambia to Kenya and Uganda as a slowdown in China damps demand for the commodities many African nations rely on for foreign earnings.

“The situation is pretty dire because now’s the time the kwacha’s supposed to get a little bit stronger during the tobacco season,” said Hanns Spangenberg, a fixed-income analyst at NKC Independent Economists in Paarl, South Africa. “Malawi is in for a difficult fourth quarter.”

The kwacha weakened to a record low of 568.04 per dollar on Monday, before paring losses to 563.15 by 3 p.m. in the capital, Blantyre. Barring further intervention, it may slump another 25 percent by December, according to Standard Bank Group Ltd.

The economic growth rate in Malawi, Africa’s poorest nation in terms of per capita gross domestic product, is forecast by the World Bank to slow to 5.1 percent this year from 5.7 percent in 2014 as the floods stunt agriculture. That industry accounts for more than a third of gross domestic product and employs four out of five workers.

The weather is just the latest factor to hit Malawi’s currency.

The alleged theft of tens of millions of dollars, dubbed Cashgate by local news media and which involved the government payment of goods and services that were never delivered, prompted donors to suspend direct aid to Malawi two years ago. Foreign assistance, which had accounted for about 40 percent of the nation’s budget, hasn’t recovered.

A rebound in the kwacha depends on the government’s ability to address the concerns of donors, something “which is unlikely to happen swiftly,” said Clare Allenson, Africa analyst at Eurasia Group. “Despite a change in administration, donors have maintained budget support suspensions over corruption and governance concerns,” she said.

An International Monetary Fund bailout has done little to help the currency. The Washington-based institution approved the latest $18.1 million disbursement to Malawi on the basis that the government is “rebuilding trust in public institutions.”

Neither are currency controls stemming the kwacha’s slide.

In August, the central bank circulated a statement saying that, in times of uncertainty, it can give direction on exchange-rate “determination and management.”

It also mandated that the spread between the buying and selling of exchange rates shouldn’t exceed five kwacha. Those curbs haven’t helped and the central bank will be forced to increase interest rates to stem the currency’s slide, according to Neville Mandimika, a strategist at Atria Africa Ltd.

“It’s very difficult to see anything that the government or the central bank can do to stem the tide,” Mandimika said from Harare, the Zimbabwean capital. “The economy seems to be free-falling.”