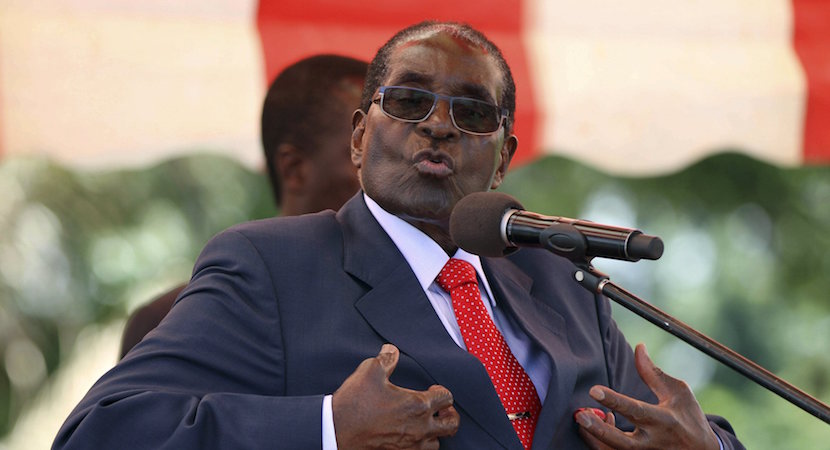 Despite circumstances, people seem to have the ability to find joy, ignoring the realities. This is an area Cathy Buckle examines. But she flips the argument around, focusing on the politicians instead. And in Zimbabwe’s case, how they continue on the merry-go-round of the high life, despite the challenges faced by its citizens. Fighting drought, hunger, poverty… the list goes on, while ministers enjoy the luxury of five star treatment. Tax payer money spent in all the wrong places. – Stuart Lowman

There were ten members of the mbira band sitting along the narrow wooden bench: six men and four boys. The band leader, the oldest in the group, addressed the small audience on a sweltering afternoon under a dazzling blue sky. The sun was slowly heading towards the horizon when the band leader stood up to speak. First the older members of the band would play, followed by the youngsters he said.

The young ones were still learning, but they were already very good, he said. As the old get older and prepare to move on, so the young ones move in to take over; that is the way it should be the band leader said, a huge smile across his face. You couldn’t help but look for double meaning in his words. And then they began: clear tones of the mbira’s, rhythmic clapping, shaking rattles and hypnotic, repetitive song, taking you instantly to another place and time. Then the young ones came on.

On his head the youngster wore a green cardboard biscuit box; once containing lemon creams now the box made perfect headgear, decorated with feathers stuck into the corrugations. For six minutes the youngster danced to the accompaniment of the mbira band; half way through another youngster joined him, rattles in his hands, he too danced and stomped. A third youngster came to the centre to dance, strings of large round wooden beads around his neck and waist, a stout stick in his hand. On and on the mbira band played and later, as the sun touched the horizon, the hippo in the muddy brown river beyond grunted and snorted before disappearing beneath the surface, waiting for their time to emerge. Men playing mbira’s, youngsters dancing, everyone tapping, clapping and smiling: aaah this is the Zimbabwe we love and yearn for: filled with richness, diversity and happiness.

This is one face of Zimbabwe but look the other way and the image is completely different. Our leaders seem to have forgotten about these good, rich, beautiful aspects of our country and forgotten about us, the ordinary people.

We see hunger, drought, poverty and water shortages while our leaders argue about diamonds, gold and mines.

We see companies going bankrupt and people losing their jobs while our leaders post bullets to each other, make threats, shout insults and scramble for positions.

We see thousands heading for the border in search of jobs in other countries while our leaders say they want pay rises and new cars.

We see clinics without drugs, hospitals without equipment and doctors on strike while our leaders jet off to Singapore for medical treatment.

We see unemployment of over 90% and pavements filled with unemployed people selling their wares while our leaders say they will close all companies who haven’t ceded 51% of their shareholdings to indigenous Zimbabweans.

We see thousands living in hovels and plastic shacks on the outskirts of all our towns while our Vice President continues to live in a 5 star hotel where he’s been since December 2014 (at tax payers’ expense.)

While monkeys play in our trees, hippos grunt in our rivers and mbira bands play in the sunset, our leaders are in a dark and dangerous political frenzy that is threatening the very fabric of our country. There is a growing fear of what lies ahead for Zimbabwe and so we watch and wait: longing for the day when Zimbabwe will be great again and where we are all welcome, regardless of our differences.