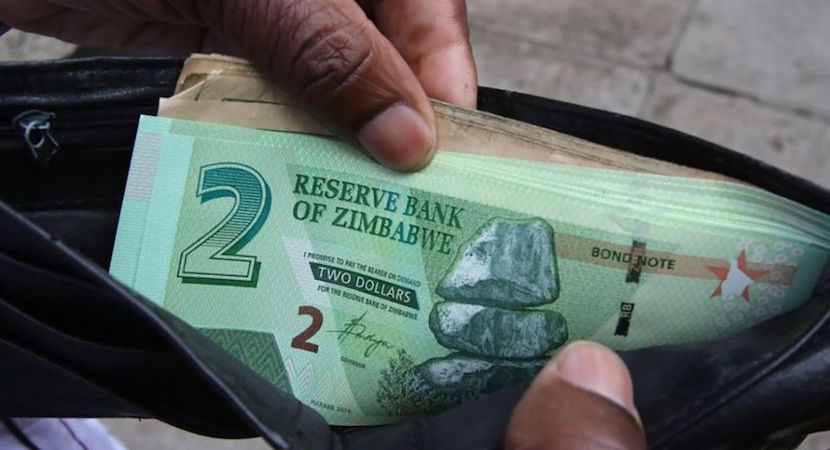 CAPE TOWN — South Africa and the ANC take note; a military coup leader-turned-president in Zimbabwe no less is scrapping a law forcing companies to transfer 51% stakes to black citizens in a bid to rescue his collapsed economy. While there are some telling caveats to this, like excluding the platinum and diamond industries for example, what more graphic example does the ANC elective conference need to highlight the debilitating consequences of such policies? We all too easily forget in the dramatic party leadership tussle that the ANC conference is also about cementing in or adjusting ruling party policies. The mind boggles at the catastrophic consequences of a Nkosazana Dlamini-Zuma win now and another cementing-in win for the Zuptoids in 2019. Highly unlikely, sure; but nevertheless possible, if only to illustrate how quickly our economy could melt down to the point where a paradox of military rule and economic reform begin to ring the changes. That’s presupposing our military could organise anything as remotely and outrageously successful as Mnangagwa engineered. Zimbabwe’s budget, delivered this week, is the most hopeful in 37 years. Judge for yourself below. – Chris Bateman

By Godfrey Marawanyika and Desmond Kumbuka

The measures will reduce the southern African nation’s fiscal deficit to 3.5 percent of gross domestic product next year from an estimated 9.4 percent in 2016, he told lawmakers during his budget presentation Thursday in the capital, Harare. It proposed to confine laws that force companies to transfer 51 percent stakes to black Zimbabweans to the platinum and diamond industries only, he said.

“The unsatisfactory performance of the economy is being underpinned by declining domestic and foreign investor confidence levels, against the background of policy inconsistencies in an uncertain and uncompetitive business environment,” Chinamasa said. The budget “focuses on consolidating the fiscus in order to restore and maintain macroeconomic stability,” he said.

Chinamasa announced the 2018 fiscal plan a week after he was reappointed by President Emmerson Mnangagwa. Former leader Robert Mugabe resigned two weeks ago after an army-led coup ended his 37-year rule in which agricultural output collapsed due to forced repossessions of commercially productive farmland. Zimbabwe abandoned its currency in 2009 due to hyperinflation and the economy has halved in size since 2000.

Other highlights from the budget include the following:

Zimbabwe holds the world’s biggest platinum reserves after South Africa and also has chrome, gold, iron ore, coal and diamonds. While mining is the largest source of foreign currency, fresh capital dried up under the law forcing foreign, white-owned companies to cede 51 percent of their businesses to black Zimbabweans or the government. Anglo American Platinum Ltd., Impala Platinum Holdings Ltd., and Sinosteel Corp. are among companies operating there.