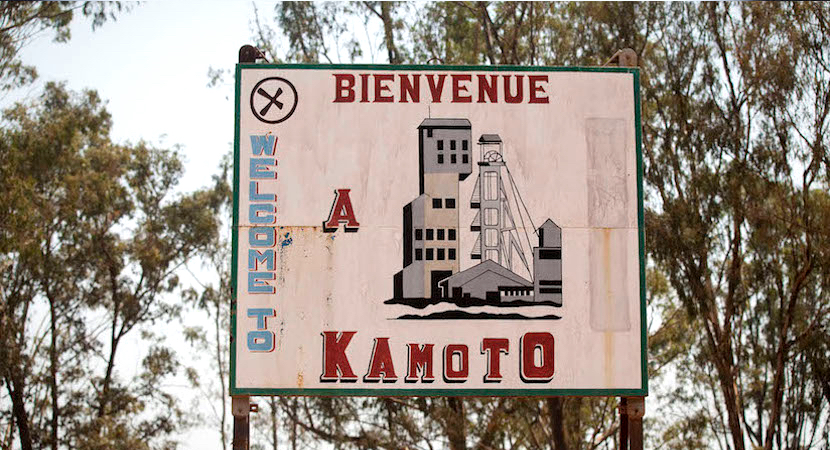 JOHANNESBURG — Doing business in the Democratic Republic of the Congo is known for its fierce challenges. But the DRC is among the world’s most mineral rich nations. And demand for one such mineral – cobalt – is going through the roof as the key metal required for batteries in electric cars. In the last year alone, the cobalt price has surged from $25/lb to just over $41/lb. It’s easy to see then why a Glencore-backed cobalt mine (which is said to potentially be the largest in the world) looks to challenge a government bid to dissolve it amid a capital shortfall. – Gareth van Zyl

By David Stringer and William Clowes

(Bloomberg) – A Glencore Plc subsidiary said the Democratic Republic of Congo’s state-owned mining company began legal proceedings to dissolve a unit forecast to become the world’s largest cobalt mine, because of a capital shortfall.

Toronto-listed Katanga Mining Co. said it has several options to remedy the deficit at Kamoto Copper Co., which operates a copper and cobalt mine in southeastern Congo, according to a statement issued on Sunday. Possible courses of action include the conversion into equity of a portion of existing debt owed by KCC to Katanga or forgiving some debt, it said.

“Any such outcome would impact the distribution of future cash flows earned by KCC,” Katanga said. KCC is a joint venture between Katanga, which owns 75 percent of the company, and Gecamines, Congo’s state miner. Glencore, based in Baar, Switzerland, owns more than 86 percent of Katanga.

High levels of debt at mining companies are becoming an increasingly heated issue in Congo, the world’s largest source of cobalt and Africa’s biggest copper producer. Gecamines has said it plans to renegotiate partnerships with international companies to give it a greater stake in mining revenue and profit.

KCC resumed production in December after a two-year hiatus during which it invested in new processing facilities. Glencore said the company will produce as much as 300,000 metric tons of copper and 34,000 tons of cobalt in 2019, which would make it Congo’s biggest copper mine and the world’s largest producer of cobalt. The price of cobalt, a key ingredient in rechargeable batteries needed to power electric vehicles, has more than quadrupled in the past two years.

Katanga last year flagged a $3.9 billion capital deficiency and gross debt of $8.9 billion. The company warned last month that the unit could face legal action because of the shortfall. A court hearing is scheduled in a Congolese court for May 8 and “may grant KCC a maximum period of six months to regularize the situation,” Katanga said Sunday.

KCC “has made numerous attempts to engage in constructive negotiations with Gecamines, regarding the recapitalization plan,” but the state-owned mining company has “unilaterally commenced the proceeding,” according to the statement. Gecamines President Albert Yuma and Director-General Jacques Kamenga didn’t immediately answer calls and emails from Bloomberg seeking further details about the case. A Gecamines spokesman declined to comment.

If Katanga takes the necessary steps to “regularize” KCC’s capital deficiency and the action is confirmed by KCC’s statutory auditor before a court judgment is made, the court cannot issue a dissolution order, according to the statement. KCC “is generating positive operating cash flow” and “remains liquid,” Katanga said.