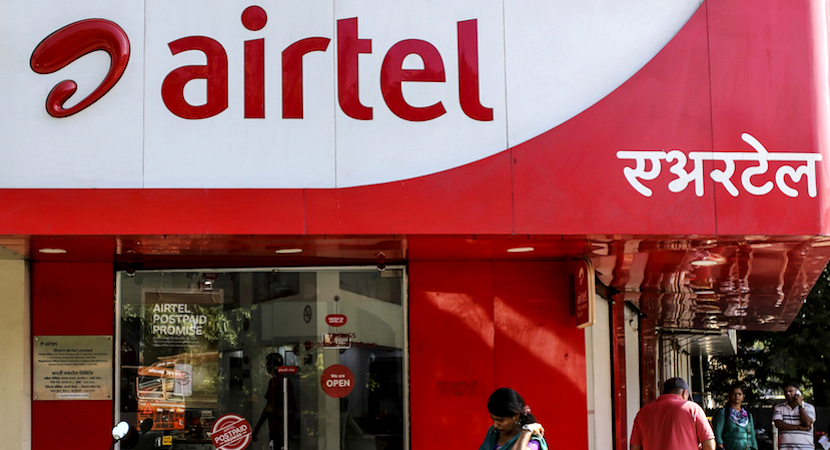 CAPE TOWN — Whispers in the ether are that the giant Bharti Airtel Ltd wants to raise up to R18.8 billion by listing a quarter of equity in its Africa unit by early next year – either in London or South Africa. The Sunil-Mittal-controlled carrier’s attempt to improve its balance sheet as its net debt soared over the past four years could ironically prove to be a major disrupter to the South African broadband outfits, with potential major benefit to consumers. It’s early days, but this will be one to watch closely. The comparison with South Africa’s economy narrowly escaping relegation to junk status by the very same agencies now taking their fingers off the trigger of the gun aimed at Bharti Airtel is impossible to avoid. – Chris Bateman

(Bloomberg) – Bharti Airtel Ltd. is looking to pare $4.6 billion from its net borrowings over the next three years by listing its African unit and potentially selling some stake in its tower business, according to a person with knowledge of the matter, in a bid to safeguard its investment grade ratings.

India’s top wireless operator plans to raise as much as $1.5 billion by listing a quarter of equity in its Africa unit by early 2019 in either London or South Africa, the person said, asking not to be identified as the information isn’t public. The parent will also look to sell part of its stake in the $14.6 billion tower giant after Bharti Infratel Ltd. merges with Indus Towers Ltd.

The twin deals will help the billionaire Sunil Mittal-controlled carrier improve its balance sheet after net debt rose almost 45 percent to $14.6 billion over four years as the company borrowed to buy spectrum and defend its position against disruptive upstart Reliance Jio Infocomm Ltd. The build-up, which came with an eight-quarter-long stretch of earnings declines, has put Bharti Airtel at risk of a downgrade to junk at both Moody’s Investors Service and S&P Global Ratings.

“We see a high likelihood that Bharti can avoid becoming a fallen angel,” Anthony Leung, a Hong Kong-based senior analyst at Wells Fargo & Co. wrote in a report dated May 7. “We expect a majority, if not all, of Bharti’s tower business to be sold in a year’s time, which will meet the timeline target imposed by Moody’s to keep the credit at Baa3,” which is the lowest investment grade rating.

Bankers for the listing of Bharti Airtel’s Africa unit will be appointed by September, according to the person. The unit will house about $2.3 billion of debt, pushing its enterprise value to $8.3 billion, the person said.

The pressure to provide 4G services across India and expand broadband before Jio roils this segment too, will imply capital spending of about 240 billion rupees ($3.6 billion) in the year to March 2019, the person said. The company invested 250 billion rupees last fiscal.

S&P Global Ratings put a negative outlook on Bharti Airtel’s BBB- rating on May 3 after “cut-throat pricing” led to weaker-than-expected earnings and given the need for high capital spending. There’s “a one-in-three possibility” of a ratings downgrade in the next 18 months if the financials don’t improve as expected “or if deleveraging does not materialize,” S&P said in a statement.

Moody’s affirmed the company’s Baa3 rating with a negative outlook on April 26, saying “demonstrated progress” toward debt reduction was necessary to maintain the investment grade.

Equity investors too are feeling the heat. Bharti Airtel’s shares have plunged 24 percent this year, the worst performer on the 30-stock S&P BSE Sensex, which has climbed 3.7 percent. It climbed as much as 2.1 percent in Mumbai on Wednesday before closing 0.3 percent higher.

The company’s continuing asset monetization push will allay some of these concerns. Bharti Airtel will engage with investors to evaluate a strategic stake sale once the merger of Bharti Infratel and Indus is complete, according to an April 25 filing. It will own up to 37.2 percent in the new entity that will control more than 163,000 towers across India.

It sold about 8,300 towers in seven African countries for about $1.7 billion in 2015 and followed with the sale of its Tanzanian tower business for $179 million a year later. In 2016, Bharti Airtel also sold its Burkina Faso and Sierra Leone units.

India’s top carrier raised $2 billion through the sale of its African tower assets and $1 billion from the sale of its Burkina Faso and Sierra Leone businesses, the person said. Bharti Airtel in 2010 acquired the African assets of Kuwait’s Mobile Telecommunications Co., also known as Zain, for an enterprise valuation of $10.7 billion.