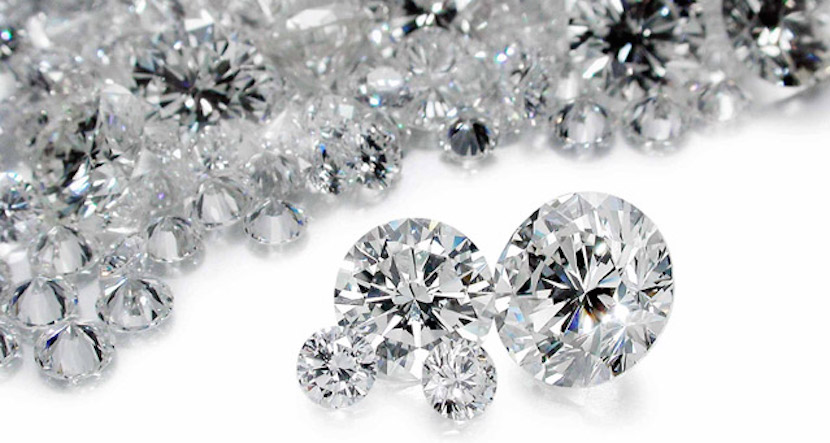 CAPE TOWN — Continuing in the astute tradition of his predecessors, the Khama’s, Botswana’s president, Mokgweetsi Masisi, is negotiating with Anglo American and their diamond mining arm De Beers, to further enhance the fortunes of his people. Echoing the 1966 founding of Botswana where independence, democracy and lasting stability came with the discovery of diamonds, Masisi wants to extend the 10-year diamond contract with De Beers, due to expire in 2020. Besides the 50/50 deal in which the aptly-named Debswana plans to deepen its most lucrative mine to produce diamonds until 2035, Masisi wants the diamonds polished locally. Keeping his negotiating plans secret, he says local polishing will further boost an economy that has thrived since independence. Seretse Khama, Botswana’s first president braved endemic racial prejudice by marrying white British clerk Ruth Williams, setting the bar for racial tolerance in the region – and in Britain. His son and successor, Masisi’s predecessor, Ian, rode around on a motorbike while Masisi’s office resembles that of any medium level South African civil servant. Their dealings with their former colonial masters and their mining houses revealed them to be shrewd, tactical and pragmatic, something the architects of our Mining Charter seem to lack in growing our economy. – Chris Bateman

(Bloomberg) – Botswana’s president, Mokgweetsi Masisi, wants a new long-term diamond-sales pact with De Beers when the current 10-year deal expires in 2020 and for more gems to be processed locally.

The conclusion of an accord is crucial for both Botswana, which relies on diamonds for almost a fifth of its gross domestic product, and for the Anglo American Plc unit that gets about two-thirds of its gems from the southern African nation. Masisi, who is due to contest elections next year, is pushing for the industry to create more jobs and is “dead determined” that more diamonds be cut and polished in the country.

“We have had a wonderful relationship with De Beers and we expect that relationship to be even more cemented,” Masisi said in an interview Monday in his office in Gaborone. “There is a way of actually achieving a win-win for both, and that’s what we desire.”

Botswana is the world’s biggest diamond producer after Russia, and most of its gems are mined by Debswana, a 50-50 joint venture between the government and De Beers. Anglo American owns 85 percent of De Beers, with Botswana’s government holding the balance. De Beers sells diamonds at invitation-only sights held 10 times a year at its offices in Botswana. The company sets the prices and its handpicked customers, known as sightholders, are not able to negotiate.

A former schoolteacher and vice president, Masisi, 56, succeeded Ian Khama as the nation’s leader on April 1. Masisi spoke in a boardroom on the third floor of the presidency’s unassuming offices in the capital, with his portrait and those of his four predecessors hanging on the wood-paneled wall behind him.

Masisi said preparations for the talks are at an advanced stage, but declined to give details of the government’s proposals or whether it wanted to raise its stake in De Beers, saying he didn’t want to prejudice the negotiations. The new deal may differ from the previous one, because the circumstances and operating environment had changed, he said. Botswana wants skilled jobs, Masisi said.

“The whole value proposition of beneficiation of diamonds revolves around jobs, the diversification of the economy,” he said. “Why take them far away? So the very things that cause them to be processed elsewhere, we want to get to the underlying reasons for that, the attractions and bring them to Gaborone.”

Diamonds were discovered in Botswana in 1967, the year after it gained independence from Britain. Revenue earned from gem sales transformed the nation from an undeveloped farming community into one of the continent’s wealthiest societies, and was used to pave thousands of miles of dirt roads and build schools and clinics in every town.

Last month, Debswana gave notice of plans to deepen its Jwaneng mine to 830 meters (2,700 feet), a project that will extend the mine’s life by 11 years, to 2035, and allow the extraction of a further 50 million carats. Jwaneng, which started full operations in 1982, produces the most diamonds of any mine by value and is currently 650 meters deep.

Such large-scale, capital-intensive projects illustrated the need for Botswana and De Beers to have a long-term relationship, Masisi said.

“The returns are only going to be realized in the period of the next deal,” he said. “This is a marriage we are after.”

Since taking office six weeks ago, Masisi has met twice with Indian billionaire Anil Agarwal, who became Anglo American’s biggest shareholder when he took a 21 percent stake in the company last year, and asked him to lobby for the London-based company to invest more in Africa. Agarwal has spoken in the past about wanting to use his stake in Anglo to increase India’s role in the diamond industry, where about 90 percent of the gems are polished and cut.

Masisi said he would welcome working more closely with Agarwal.

“He brings with him, as I have gathered, an immense amount of business integrity,” he said. “Who are we to complain, particularly given that he is so committed to investment in matters that are consistent with what we would like?”