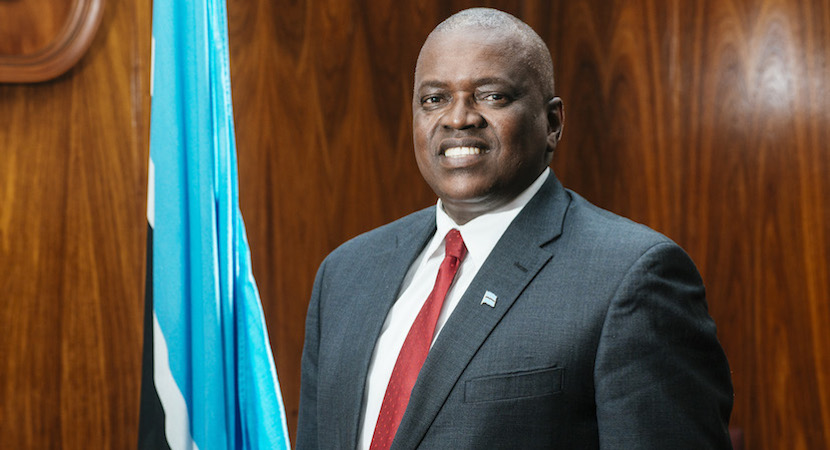 CAPE TOWN — There’s a vibrancy and tolerance that has long existed in Botswana – I remember an NGO friend taking me out on the town in Gaborone during the dying years of apartheid – and feeling briefly liberated. Somehow that land-locked country, bordered by four others and rich in tourism and diamonds, has managed to achieve what the “New” South Africa has not. We’re not exactly short of minerals and tourists and remain the regional economic powerhouse. Yet it’s been a long hard pull with the dreams of a rainbow nation in tatters and ten years lost to government greed and corruption. This story reveals seemingly obvious solutions to some of our travails, the difference perhaps being that we only consider privatisation as a rescue option when it comes to failing, fleeced and dysfunctional State-Owned Enterprises. In Botswana, the new president, Mokgweetsi Masisi, wants to first fix his SOEs, making them an attractive buy, while drastically trimming the civil service. Perhaps his unions are not quite as resilient, but he seems willing to bite the bullet. Would that Pravin Gordhan was a mad-keen tiger-fisherman and spent more time in Botswana. We do know however, that Cyril is handy with a trout rod. – Chris Bateman

President Mokgweetsi Masisi has identified reducing the southern African nation’s reliance on diamonds and creating jobs for the almost one in five workers who are unemployed as his top priorities since taking office six weeks ago. Private companies will have to take the lead, he said in a May 14 interview in his office in the capital, Gaborone.

“The government in and of itself does not really create jobs,” Masisi said. “It is not my desire to grow the public service any bigger, if anything it is my desire to trim the civil service so we are more efficient, we are leaner, meaner, and we can do business and we are more attractive to the private sector for them to invest.”

The nation’s former vice president, Masisi, 56, automatically took over the top post when Ian Khama completed his second five-year term, and intends standing for election in October next year. Masisi leads the ruling Botswana Democratic Party, whose share of the vote slipped below the 50 percent mark in 2014 — the first time since independence from Britain in 1966 that it failed to win an absolute majority. The president said he expects the BDP to “trounce the opposition” as efforts to create jobs and spur economic growth bear fruit.

The country is the world’s second-biggest diamond producer after Russia and has Africa’s highest credit rating at Moody’s Investors Service. A foundation started by Sudanese billionaire Mo Ibrahim has consistently ranked it one of the continent’s best-governed nations.

Masisi said his new administration would maintain a very conservative macroeconomic policy, ensure its borrowing was sustainable and that spending and revenue collection became more effective and efficient.

“Setting that right climate is critical,” he said in a wood-paneled boardroom in the presidency’s unassuming offices in Gaborone’s city center. “We are very aware that we are competing for the same pocket of money with others all over the world.”

Companies that will be targeted for privatization include Air Botswana, the national carrier, but only once it has been restored to profit. A plan to sell the airline fell through last year after the preferred bidder backed out.

Masisi didn’t name other entities that could be sold. The government disposed of a 49 percent stake in the state telecommunications firm four years ago.

The president intends following through on plans announced by Khama to re-equip the defense force but said reports that it had decided to buy new Gripen fighter jets were incorrect.

Botswana, a land-locked country of about 2.2 million people roughly the size of Texas, shares borders with Zimbabwe, Namibia, Zambia and South Africa.

“We need to secure our assets,” Masisi said. “It is the mechanism, the instruments you use, the hardware you get, that has not been decided. What we will be doing is finalizing the discourse and taking a decision will we buy this or that. But buy we will.”

Labor unions are unimpressed by Masisi’s proposals to reduce the role of the state in the economy.

Topias Marenga, general secretary of the Botswana Public Employees Union, said reducing the size of the civil service would be “a major blow” and the benefits of privatization remained unproven.

“The problem with our leaders is that they are under the sway of the International Monetary Fund, which wants the public service wage bill cut down by 5 percent,” he said by phone. “Our problem is that we don’t have effective platforms to discuss these matters with government as equal social partners.”

“We will be engaging the public and promoting lively debate,” he said.