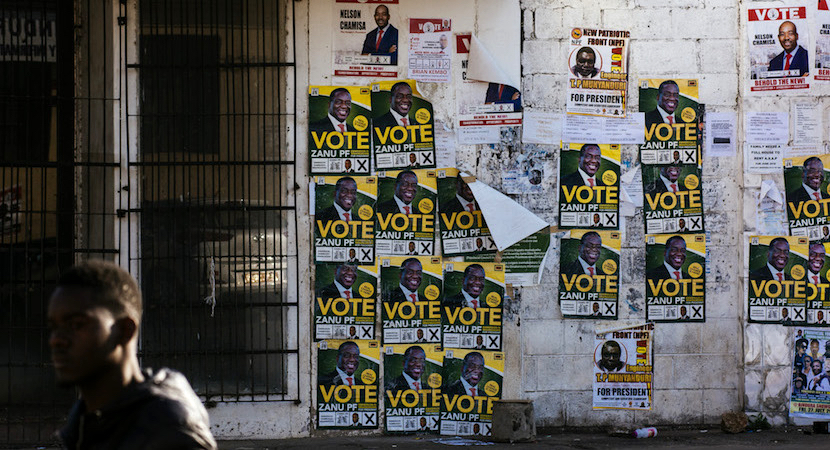 CAPE TOWN — This is a cogent, rational argument by DA leader Mmusi Maimane in his interpretation of the Zimbabwe elections and the parallels he draws with South Africa. Anyone who says that the economic dilemma of our neighbour to the north has nothing to teach us is living in a fool’s paradise and on a slippery socialist ideological slope. Which is DA leader Maimane’s greatest worry and strongest argument to wake South Africans up to our current environment and pending legislation, the most dangerous of which was introduced by the Economic Freedom Fighters (amending the Constitution to nationalise the Reserve Bank and land expropriation without compensation). For me the strongest part of Maimane’s argument is the one that pops the Ramaphoria bubble and takes a long hard look at the ANC and its behaviour since it’s been in power. If the only known way to predict the future is to study the past, then it seems very few in the ruling party have done so. Certainly not by examining Zimbabwe’s history under Bob Mugabe and the increasingly worrying behaviour of his party successor Emmerson Mnangagwa. Same party, different day, ever-wary investors, less jobs. Almost too familiar for words. – Chris Bateman

The thing with warning signs is they are most useful when acted on early enough to avert disaster. Sometimes it’s hard to tell warning sign from alarmist conspiracy theory. In 2013, the DA’s warnings about state capture fell on deaf ears, even though many of the red flags were already waving. In 2009, our Stop Zuma campaign was denounced as alarmist, even racist.

Zimbabwe’s experience offers up valuable lessons to South Africa that we ignore at our peril. It demonstrates how a political elite will destroy a nation’s economy, collapse its wealth and ruin millions of lives if that is the price of holding onto power after its authentic moral authority has evaporated.

Zimbabwe’s recent election shows how difficult it is to restore true democracy once a single dominant party has entrenched power over decades. The only observer missions to proclaim the controversial electoral process free and fair were those colluding in the charade: SADC and the AU. Being themselves dominated by liberation movement parties who have similarly entrenched power, it is in their interests to play along.

The elections were compromised from the start.

The Zimbabwe Broadcasting Corporation is evidently a ZANU-PF mouthpiece. Campaign coverage was not remotely fair, with ZANU-PF getting the lion’s share. In South Africa the ANC is not beyond using the SABC as its party mouthpiece as President Ramaphosa confirmed this month, when he used it to make a Zuma-style late-night announcement that the ANC would indeed be changing the Constitution to allow for expropriation without compensation, simultaneously undermining the Parliamentary review process underway.

Zimbabwe state newspapers were also heavily biased towards ZANU-PF. Coverage of opposition parties was mostly negative and propagandist in nature. Once again, here at home the ANC has not been beyond taking control of “Independent” newspapers to gain unfair advantage over opposition parties and consolidate its domination of the national psyche.

Zimbabwe’s politicised military was quick to use force to crush any post-election protests, shooting and killing six unarmed civilians. This is the surest sign that ZANU-PF never intended to hand over power peacefully at the ballot box.

Rather than hold the military accountable, the ZANU-PF government instead arrested several opposition leaders for “inciting violence”. The Marikana anniversary memorials this week remind us that the ANC government is capable of using armed forces to quash rebellion, and slow to hold the real perpetrators accountable.

The Zimbabwe Electoral Commission is also compromised, evidently captured by ZANU-PF. Hence the lack of transparency about the printing of ballot papers and the failure to disclose the voters roll. South Africa is not there yet. In the 2019 election, we can still rely on an independent Electoral Commission. Best we make the most of that.

The ZEC made no effort to enable the Zimbabwean diaspora to vote. The only vote they got was with their feet when they left to seek opportunity elsewhere. In 2019, South Africans living abroad can vote if they have the necessary documentation. They should make the most of that.

Zimbabwe’s presidential election result is especially fishy. It took an interminable amount of time to be announced, and Emmerson Mnangagwa only scraped in with 50.8% of the vote, to MCD Alliance presidential candidate Nelson Chamisa’s 44.3%, amidst several unexplained irregularities.

As chair of SADC, Cyril Ramaphosa was quick to congratulate Mnangagwa on his victory. No questions asked. No eyebrows raised. No furious condemnation of the use of armed forces against an unarmed civilian population. This is a red flag and we South Africans should heed it.

Chamisa is right to challenge the validity of the election through the courts, though it must be acknowledged that the Zimbabwe courts have not escaped politicisation and an impartial finding is not guaranteed. This case is a real test for the Zimbabwean judiciary. So much hangs in the balance.

Until the true voice of Zimbabwe is heard, ZANU-PF will have power but no legitimate democratic authority. Zimbabwe will remain a de facto soft military dictatorship and kleptocracy where ZANU-PF’s greatest act of theft has been to steal the hopes and futures of another generation of Zimbabweans.

Investors will stay away. Zimbabwe is a country bursting with potential. The World Bank says it could be a middle-income economy within a decade. Just think how that would improve the lives of millions of people. The new Zanu-PF government does not deserve the benefit of the doubt. And when it comes to reading warning signs here in SA, nor does the ANC. Best we act on them while we still can.

This week, the rand dropped back to Zuma-era levels. When people invest in a country, they want to know that they will get a return and that their investment will not be stolen. Investors are no longer certain of either. They are heeding the big, red flags waving over our precious democracy. So should we.

While we still can, South Africa needs to free itself from anti-democratic, liberation movement politics of the ANC. The DA is committed to constitutional democracy with strong, independent institutions and all the checks and balances required to ensure that power stays with the people. This includes a steadfast commitment to private property rights and a wholesale rejection of land grabs. We are committed to building an inclusive economy that addresses past injustices. The DA can bring the change South Africa needs.