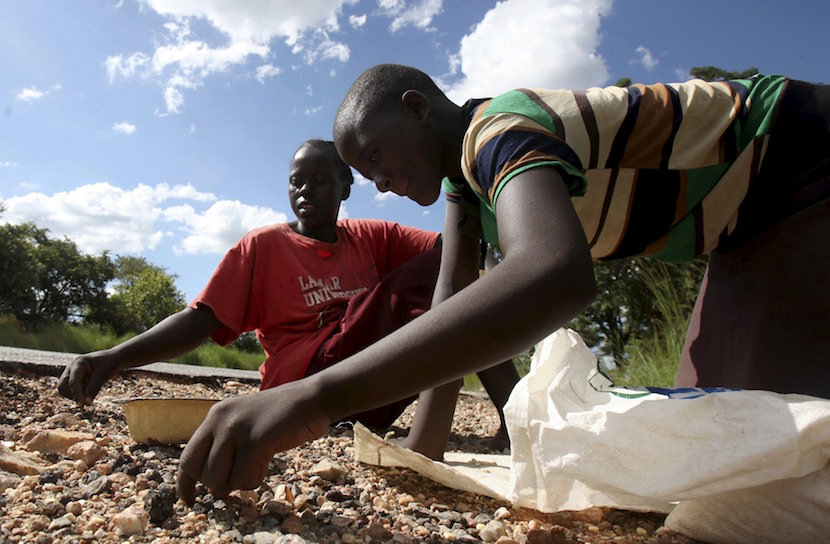 It’s alarming how harming not farming can be. Especially if you’re in Zimbabwe, the former breadbasket of Africa, which continues to import food 22 years after land ‘reform’, something our land-expropriating government conveniently ignores. Cathy Buckle reminds us of the ubiquity of ubuntu by illustrating just how damaging the Russian invasion of Ukraine is to African agricultural exports. The African Bank has issued a desperate appeal for the continent to step up food production for its security and financial health. Buckle says Zimbabwe’s seized (and some repatriated) farms are perfectly set to bounce back to something approaching their former glory. She juxtaposes this with the country’s crippling currency crisis and a new opposition coalition winning landslide victories in by- and municipal elections. With at least a third of Zimbabwe’s population facing starvation as a result of high inflation (97%), exchange rate ‘fragilities’ (US$1 currently buys Z$240) and a poor rainy season, over five million Zimbabweans are in dire trouble. – Chris Bateman

The time is now to grow food Zimbabwe

It seems insensitive, almost offensive to write about anything else when bombs and missiles are falling, cities lie in rubble, thousands are being injured, maimed and killed, thousands more are trapped and unable to escape, millions are becoming refugees a world away. A world away in miles, a moment away in our hearts.

Looking for solace in the anguish of following a war where we hurt because they hurt, I took a walk in the bush in Zimbabwe just after dawn. The sun was just up, the sky washed in delicate orange and pale yellow, the air clear with a gentle whispering breeze. Mine were the first human footprints on the trail, alongside the small sharp pointed tracks of impala, the clawed pads of a jackal and the bare feet of a big baboon. I couldn’t see the baboon but in my mind’s eye, I could picture him sauntering through the bush here, his sloping back, arched tail, fingers constantly picking up morsels on the ground. Further along I crossed a little stream, the water clear and cool, gurgling and bubbling as it slipped into a pool and down the rocks.

Hope was revived after my walk and also in Zimbabwe after the newly named opposition party, the CCC (Citizens Coalition for Change), won two-thirds of the seats in by-elections, taking 19 of 28 parliamentary seats and 75 seats in 122 municipalities. Despite all the same old dirty tricks synonymous with elections in Zimbabwe – including intimidation, violence, polling stations in ‘secret’ locations and thousands of voters moved from their registered polling stations without being informed – the CCC did surprisingly well. Speaking at a press conference, CCC leader Nelson Chamisa said: “Yes, we have won a landslide but that does not move away from the fact that elections in this country need fundamental reforms.”

Winning votes is one thing but saving a nation is another. This week the IMF said at least a third of Zimbabwe’s population face starvation as a result of high inflation (97%), exchange rate ‘fragilities’ (US$1 currently buys Z$240) and a poor rainy season. That’s over five million people in dire trouble. The IMF said: “One of the most immediate, crucial interventions that Zimbabwe required was to end this currency crisis. This would be a vital step in limiting the impact of bad policies.” Putting faces to the result of the ‘bad policies’ and the ‘currency crisis’ is easy because they are everywhere already.

Outside a supermarket an elderly man sat in a wheelchair. He caught my eye and just said, “Can you help me please?” I put a loaf of bread in his lap and he clapped his hands. “God bless you,” he whispered and his words echoed in my head as I went on my way. Pensioners in Zimbabwe get an average of ZW$6,000 a month, the equivalent of just US 83 cents a day. Down the road a little way I watched another elderly man prepare for his day on the roadside. A sheet of black plastic shaken out and laid on the ground, his precious vegetables carefully wiped, polished and laid out on the plastic: sweet potatoes, green peppers and cucumbers. A sheet of black plastic is all that separates an old man from hunger today, who knows what awaits him tomorrow.

This past week, the African Development Bank (Ivory Coast) said it is trying to raise US$1 billion to help 40 million African farmers produce more wheat, rice, soyabeans and other crops to feed about 200 million people. The bank said wheat imports account for about 90% of Africa’s $4 billion trade with Russia and nearly half of Africa’s $4.5 billion trade with Ukraine. “If there was ever a time that we needed to really drastically raise food production in Africa, for Africa’s food security and to mitigate the impact of this food crisis arising from this war, it is now,” said the African Development Bank President.

And for our country, if there ever was a time for Zimbabwe to really, drastically raise food production on all the farms that were seized, then surely that time is now. It makes no sense that Zimbabwe, once known as the breadbasket of Africa continues to import food 22 years after land reform. Surely the time is now for Zimbabwe to grow food, export food and help our neighbours like we used to.