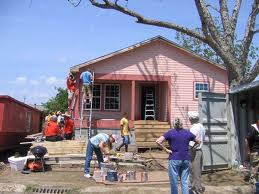 From the SA Press Association:

SA house prices for 2013 rose by 6.8 percent over the average price for 2012, according to the FNB House Price Index released today.

This was a slight slowing in growth on the revised 2012 average house price growth of 7.1 percent, FNB household and property sector strategist Johan Loos said in a statement.

In real terms too, when adjusting house prices for consumer price inflation, 2013 showed a slightly lower rise of 0.8 percent, compared to 1.3 percent in 2012.

In real terms, the index remained well-above levels of a decade ago, with the real price average for 2013 42.6 percent above the real average price for 2003.

However, compared with the last decade’s real average price peak, reached in 2007, the 2013 average real price was still -18.5 percent lower.

Therefore, as at 2013, real price levels remained far above the levels of a decade ago, but still reflected a significant cumulative downward “correction” since 2007, Loos said.

On the outlook for 2014, he said FNB believed “we should not expect to see a large increase in the average rate of house price inflation on that of 2013”.

Such a rate would mean the second consecutive year of slowing economic growth since a more respectable 3.5 percent rate was achieved in 2011.

“We also enter the new year not forecasting any interest rate cutting, and thus no further stimulus from the SA Reserve Bank either, as consumer inflation continues to move around the higher part of the three to six percent target range.”

However, while a slow economy and lack of interest rate cuts could be expected to have a moderating influence on the pace of growth in residential demand in 2014, two other key factors could possibly have the opposite influence.

“Firstly, the question needs to be asked as to whether banks as a group are beginning to see mortgage lending as a potential source of asset growth after the unsecured credit boom has all but ended.

“Why not? ‘Recency bias’ in humans suggests that long periods of low and stable interest rates, and better times in recent years regarding bad debts on mortgage books, can often be expected to drive a perception of lower risk among lenders and borrowers alike.”

This could imply relaxations in lending criteria, something which might have been taking place already, and which in turn could be boosting residential demand, all other things equal.

National Credit Regulator data pointed to accelerating growth in mortgage lending in recent quarters, as well as cutbacks in other forms of credit granted.

Whereas total household credit granted in the third quarter of 2013 grew by a moderate 6.8 percent year-on-year, the mortgage component of that grew by a very strong 20 percent in value, and had been on a sharply accelerating growth trend in recent quarters.

The second key factor was the supply side of residential property.

This might also be currently supportive of higher house price growth despite a slowed economic and household disposable income growth rate.

The net result was that despite a slowed economy in 2013, other factors, most notably some possibly more relaxed lending by banks as a group, and a constrained supply side of the residential property sector, “lead us to lift our 2014 average house price growth forecast to nine percent”, thus up from 2013’s growth.

“In 2015, however, we would expect price growth to once again slow, based on our forecast that interest rates could start to rise in 2015,” he said. – SAPA