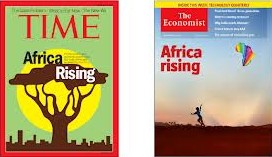 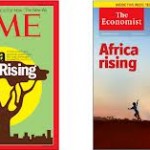 LONDON, Jan 21 (Reuters) – Unilever said it would stick to its emerging markets growth strategy as a fourth-quarter recovery in sales in the region boosted the consumer goods maker’s 2013 results and reassured investors who had been worried about consumer demand there.

Unilever generates more than half of its sales in emerging and developing markets, so was hurt by economic weakness last year in countries such as Indonesia and the devaluation of currencies including the Brazilian real and Indian rupee.

However, the Anglo-Dutch firm , which makes a vast array of products from Ben & Jerry’s ice cream and Lipton tea to Dove soap and Vaseline, said on Tuesday that sales in emerging markets rose 8.4 percent in the fourth quarter, up from a 5.9 percent rise in the third quarter.

“Make no mistake,” said Chief Executive Officer Paul Polman. “Growth here remains well above that in the developed world and will continue to do so. We are therefore accelerating our investments in emerging markets and there is no change in our strategy.”

By 1145 GMT Unilever shares were up 3.8 percent at 2529.4 pence. The shares had fallen 11.5 percent over the last six months and are flat over the past year, underperforming an average 12 percent increase for its global consumer staples rivals, according to Thomson Reuters data.

Aside from Unilever‘s own slowing sales, news that rivals L’Oreal and Revlon had pulled some brands out ofChina amid a slowdown had stoked the market’s unease.

Chief Financial Officer Jean-Marc Huet cited strength in Latin America and Southeast Asia, as well as the increased contribution from Hindustan Unilever, a venture in which Unilever recently increased its stake.

The company’s capital expenditures for 2014 will be between 4 and 4.5 percent of sales, higher than its historic average, with most of the investment going into the personal care and emerging markets businesses. CEO Polman said the company would be investing more in Africa as the region stabilizes.

“From where we were in September, we’re pleased with the performance of emerging markets,” Huet said in an interview with Reuters. “The good news … is that a big proportion is just good volume growth – we’re selling more products.”

Underlying sales grew 4.1 percent for the fourth quarter, topping analysts’ estimates of 3.9 percent, according to a company-supplied consensus. That was up from 3.2 in the third quarter.

Polman noted that encouraging economic indicators in developed markets had not yet translated into greater demand for its products.

“So far, it has been sectors like cars and housing that have seen the benefits,” Polman said. “Developed markets therefore remain flat at best.”

But Unilever stood by its goals for 2014, which call for volume growth ahead of its broader markets and improvements in operating margin and cash flow.

While overall markets are currently growing at about 3 percent, it forecast its own sales growth at about 3 to 5 percent for the year. Growth will be closer to the low end of that range for the current first quarter, the company said, citing a later Easter holiday that should push some sales into the second quarter.

In 2013, underlying sales rose 4.3 percent. Including the impact of currency exchange rates and divestments, turnover fell 3 percent. Core earnings were 1.58 euros per share, above analysts’ average estimate of about 1.53 euros per share.

Foreign exchange rates should reduce sales growth by about 5 percent in 2014, the company said. It has a large presence in Brazil, India, South Africa, Indonesia, Argentina and Turkey — which have all seen a depreciation in their currency.