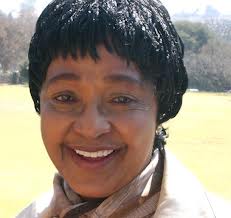 The movie reveals Winnie Mandela’s remarkable journey amidst the turbulent decades of her husband Nelson Mandela’s imprisonment. Despite her own incarceration and torture, Winnie’s fierce courage in the face of personal and political turmoil shows her unfaltering commitment to her husband’s dream of equality for their people. WINNIE MANDELA is an epic, often heart-wrenching voyage toward understanding one of the world’s most remarkable and enigmatic women.

“I was compelled and moved by the script. Winnie Mandela is a complex and extraordinary woman and I’m honored to be the actress asked to portray her. This is a powerful part of history that should be told”, said Jennifer Hudson.

Directed by acclaimed South African director Darrell Roodt (Cry, The Beloved Country; Sarafina!; Yesterday), the screenplay for WINNIE MANDELA was co-written by Roodt and André Pieterse, based on the book ‘Winnie Mandela: A Life’ by Anné Mariè du Preez Bezdrob, a former journalist.

“The story of WINNIE MANDELA offers a unique perspective on the South African narrative. Most importantly, I want to focus on the beautiful and tragic love story of Nelson and Winnie Mandela, which was crushed by what history did to them. It is tragic that a woman who dedicated most of her adult life to him, ended up divorcing him. As a director, I am humbled to have artists such as Jennifer Hudson and Terrence Howard to work with,” said director Darrell Roodt, an Academy Award nominated filmmaker.

WINNIE MANDELA was filmed over 13 weeks on location in Johannesburg, Cape Town, the Transkei (Winnie’s place of birth) and Robben Island, where Nelson Mandela spent 18 of his 27 years in incarceration, before he became South Africa’s first black president.

On Tuesday 25 February 2014 Mrs Madikizela-Mandela released a media statement via her website, in which she disassociated herself from the WINNIE MANDELA movie:

“In my life’s struggle I have seen and heard many things said about me. I understand that my story, alongside that of my people is one that will continue to be told for many generations.

In an attempt to ensure that my truth was reflected, I reached out to the filmmakers of “Winnie Mandela” – my advances were rejected. I imagine the basis was to allow the creative process to occur organically- a concept I try to understand. I respect all creative efforts to make this story one that would appeal to a global audience as well as yield commercial gains for all those who invested in it.

In principle, I have no “problem” with the Winnie Mandela film while it remains important to me that my life story be portrayed accurately. I appreciate that this would require the utmost integrity of the storytellers but, my story is mine and no one knows it better.

I also reject media reports that suggest that I have a problem with the international talent cast on this film.

Unlike “Long Walk To Freedom”, this film is based on an UNAUTHORISED biography whose producers did not deem it fit to consult me or my family. My family and I are therefore not associated with this production.”

On Thursday 27 February 2014, André Pieterse responded to Mrs Madikizela-Mandela by releasing the following statement via the media:

“André Pieterse, co-writer and producer, on behalf of the producers of the WINNIE MANDELA film is pleased to note the statement made by Mrs Winnie Madikizela-Mandela, wherein she acknowledges that although she does not understand the producers’ decision to not consult with her in the making of the film, she does “respect all creative efforts”.

Mr Pieterse reiterates that the production team intended no disrespect towards Mrs Madikizela-Mandela or the Mandela family by not involving them in the creative process, as this was purely to preserve the integrity of the filmmakers’ interpretation of the book ‘Winnie Mandela: A Life’, written by Anne Marie du Preez Bezdrob and published in 2003, to which the Mandela family raised no objection.”

The producers hosted a red carpet People’s Premiere at Maponya Mall in Soweto on Thursday 27 February 2014, which was attended by nearly 1,000 guests including cast members, celebrities, print journalists, television news crews and, most importantly, over 650 Soweto residents. Elated Sowetans cheered and expressed their support for the movie as the credits rolled, while television crews captured viewers’ reviews as they exited the cinemas en masse.

Although invited, it is believed that Mrs Madikizela-Mandela and her family did not attend the red carpet People’s Premiere event in Soweto as they are observing a period of mourning.