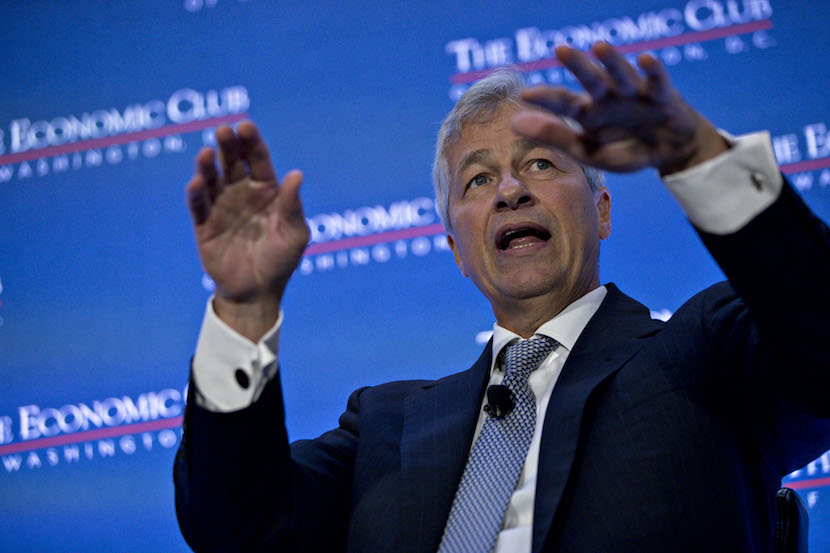 (Bloomberg) — Deutsche Bank AG, the German lender whose shares have declined by almost half this year as it grapples with mounting legal costs, should be able to weather its problems, JPMorgan Chase & Co. Chief Executive Officer Jamie Dimon said.

“There’s no reason” the bank can’t resolve issues including settlement talks with the U.S. Department of Justice over the sale of residential mortgage-backed securities, Dimon said Tuesday in a phone interview with CNBC, adding the problems were largely created by government.

Dimon also defended Wells Fargo & Co. CEO John Stumpf, who’s under pressure over an unauthorized-account scandal at his San Francisco-based bank. Stumpf is “a quality human being,” Dimon said in the interview, which focused mostly on JPMorgan’s efforts to help revitalize Detroit.

Deutsche Bank’s stock and debt have been under pressure since the Justice Department requested $14 billion to settle the mortgage probe. CEO John Cryan has said he doesn’t plan to raise capital and expects U.S. authorities to scale back their request to bring it in line with previous settlements.

The shares rose 1.8 percent to 11.78 euros at 9:19 a.m. in Frankfurt. They have declined about 48 percent this year, while the Bloomberg Europe Banks and Financial Services Index fell 23 percent.