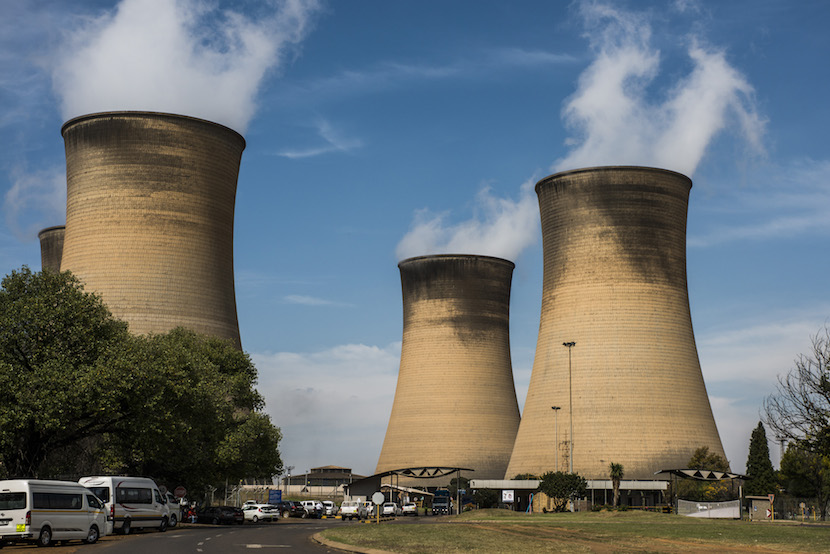 Cape Town – The Guptas, who part-own Optimum Coal Mine through Tegeta Resources and Energy with President Jacob Zuma’s son Duduzane, have yet to pay the R2.176bn fine imposed on it by Eskom.

That is according to a written Parliamentary response by Public Enterprises Minister Lynne Brown on Wednesday.

Democratic Alliance MP James Lorimer had asked Brown for details of Eskom’s fine, which it had imposed on Optimum Colliery for the delivery of substandard coal.

“The matter is still the subject of arbitration, no agreement has been reached,” she said.

Brown said fines (or penalties) have been “levied in all instances where coal quality is at the bottom end of the expected range.  A coal penalty regime is a standard condition of Eskom contracts.”

“For Eskom’s long-term coal suppliers, excluding Optimum Colliery which supplies Hendrina Power Station, a total of R90m in penalties was levied for the period 01 April 2015 to 30 September 2016.”

The Guptas inherited the fine when they bought the mine from Glencore this year.

“We’re going to fight it, based on the evidence we’ve been shown now. So it’s going to be a wonderful fight between us and Eskom,” former Oakbay Investments CEO Nazeem Howa told Carte Blanche in June.

Explaining the “battle between Glencore and Eskom”, Howa said Glencore had prepared a legal case for Tegeta to use against Eskom.

“Glencore has provided us with a wonderful legal case they’ve prepared,” he said.

When Eskom refused to budge on signing a new contract for Optimum to supply Hendrina Power Station with coal until the R2bn fine was paid in 2015, Glencore was forced to place Optimum into business rescue in August 2015.

The business rescue team told Howa that the penalty – if anything – should be significantly lower. “Glencore has engaged some of the best and finest specialists to look at this matter,” said Howa.

“I don’t think we knew enough about the penalty at that stage (when they decided to buy Optimum),” he said. “First you get to a kind of agreement and then you do a due diligence.

“In the due diligence, we came across it, so we knew it was there. Let’s see how the arbitration goes. That’s the nature of business. We’ll take our chances on that one.” – Fin24