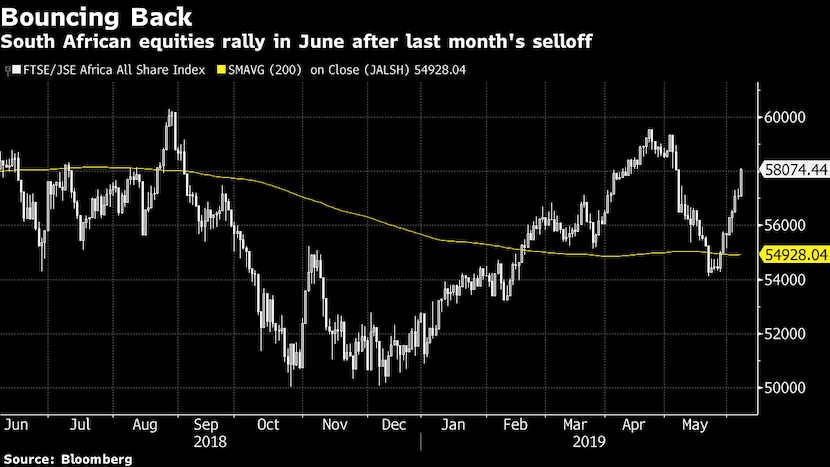 By Ben Bartenstein and George Lei

The London-based money manager at T. Rowe Price Group Inc. said that Ramaphosa, fresh off an electoral win, will help turn the tide after what Bell calls “a decade low” for investor sentiment and economic stability amid rampant political corruption.

“I’m very overweight,” he said in an interview in New York. “It’s set up where if you can surprise positively – sort out Eskom, put corrupt people in prison and drive a reform agenda – there could be quite a big upswing there.”

While Bell said he’s still waiting for his South Africa bet to fully pay off, his Africa and Middle East fund has topped 87% of peers in the past year, data compiled by Bloomberg show.

Bell says South Africa bulls could be set up for big outperformance considering that domestic funds are largely invested outside the nation and most foreign investors are underweight. He sees value in all sectors tied to the domestic economy – banks, retail and domestic industrial companies.

Here’s what else he had to say about emerging markets: