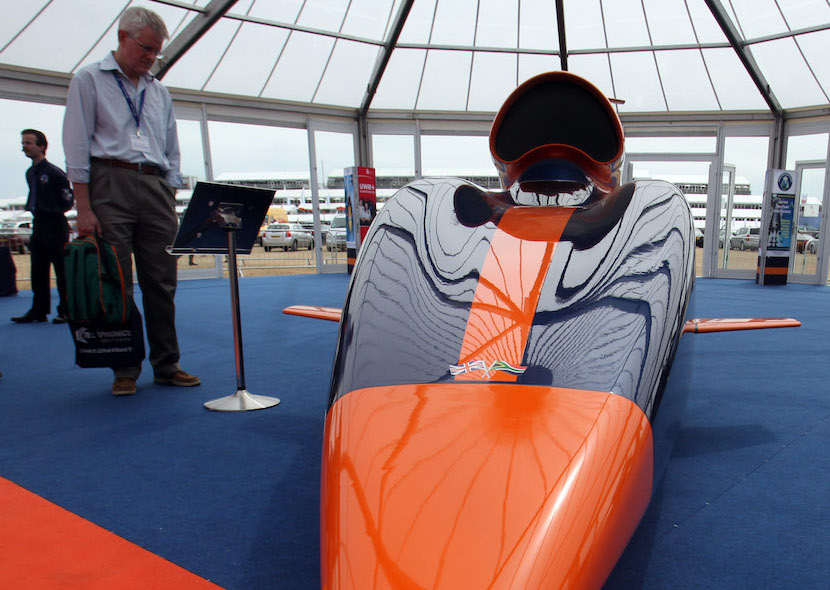 (Bloomberg) – The world land speed record of 763 miles per hour (1,228 kilometres per hour) is under threat.

The Bloodhound LSR car has arrived at Hakskeenpan, a dry salt lake bed in South Africa’s Northern Cape province, and over the next month a 25-strong crew will run tests that may see it exceeding 500mph.

Within 12 to 18 months the team behind the project plans to beat the world record and then attempt to top 1,000mph, said Jules Tipler, a spokesman for the UK-backed project.

“The high-speed testing will be conducted using the car’s Rolls-Royce EJ200 jet engine, usually found in a Eurofighter” plane, according to a statement. The thrust will be equivalent to the power produced by 360 standard-sized cars, it said.

The world record is currently held by Thrust SSC, a British-built jet-powered car that became the first land vehicle to break the sound barrier in 1997 at Black Rock Desert in Nevada.