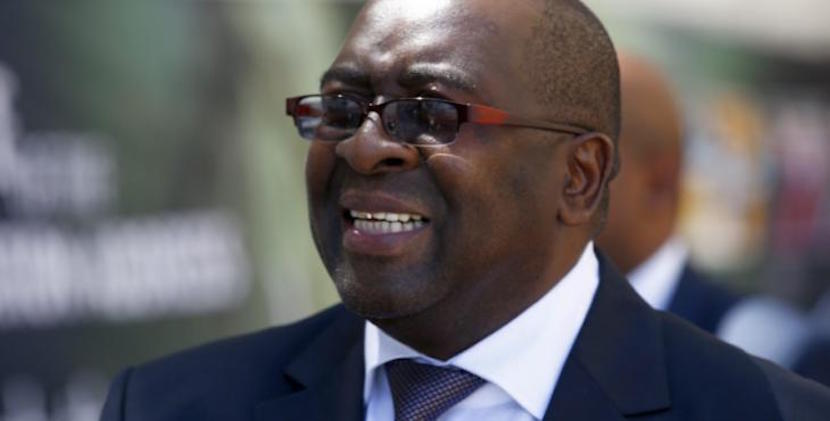 By Jaco Leuvennink of News24

Cape Town – Finance Minister Nhlanhla Nene has not strayed much from the more austere fiscal path adopted last year and his Medium Term Budget Policy Statement (MTBPS) tabled in parliament on Wednesday did not contain any big surprises.

Nene is aware of the limited resources at his disposal (the economy has further slowed down). He seems to be honest about the restraints and negative realities, but reluctant to raise taxes. He is prepared to use austerity measures, re-allocations, selling of state assets and the contingency reserves to not let the budget deficit and borrowings creep up. He also recognised the need to get a confident private sector behind the efforts to grow the economy. Nene said at a press conference before his speech that there is no way “this economy can grow if the private sector is not on board”.  Let’s hope that government as a whole shares his thinking and approach.

The theme of the MTBPS is: “Sustaining progress in a low-growth world”. A proposed long-term fiscal guideline will align spending and GDP growth. Nene stressed good fiscal planning and sustainable allocation of public funds, much like in previous budgets. Over the last decade public spending has doubled in real terms.

But as the summary of the MTBPS states: “The resources available to the fiscus are expanding too slowly.”

Nene himself appeared annoyed at a press conference about the strain put on government finances by the rising wage increases negotiated with government unions. Salary increases will effectively come to more than 10%, which will mean a shortfall in the current financial year of R12.5bn.

Nene said last year already that big salary increases for civil servants as well as the expansion of the government workforce is not affordable.

The highlights of the MTBPS are:

• Tax: South Africans will probably pay more taxes from next year (detail in next February’s budget). The MTBPS states that additional taxes will be needed to fund governments ambitious policy agenda, but will be approached with caution given weak economic conditions. No decision has been made on raising VAT but it remains an option as part of a progressive fiscal system. Projected gross tax revenue is down by R7.6bn this year and R35bn between 2015/16 en 2017/18 compared to the 2015 Budget.

• Economic growth has slowed: Growth of 1.5% (2.0% in February budget) is expected for 2015 (same as 2014) and will rise marginally to 1.7% in 2016. Consumer and business confidence is muted, employment growth remains weak. Inflation currently under control, but there is upside risks from the exchange rate. The MTBPS states that without a speed-up in the pace of growth, SA will not be able tot substantially reduce unemployment, poverty and inequality.

• The wage agreement led to a compensation budget shortfall of R12.2bn in current fiscal year, R20.6bn in 2016/17 and R31.1bn in 2017/18. Moderate declines in employment levels (government’s payroll peaked at about 1.238 million in 2012 and has declined by about 12 000 since) will absorb some costs in some department budgets and overestimation due tot weaknesses in budget management.

Most of the costs will however be funded through savings re-allocations and draw-downs on contingency reserves.

• Proposed medium-term budget allocations of  R542bn over next 3 years. In addition, infrastructure plans by large state-owned companies exceed R400bn over the next three years. Government spending include:

• Little room for new spending priorities over the next three years, but include following:

– Revised MT Expenditure Framework shifts about R9bn from within existing baselines to priority programmes: R4.8bn towards road networks; R1.4bn for provincial public transport; and about R1bn in rollout of broadband infrastructure and broadcast digital migration.

• National government departments are allocated around 47.5% of the main budget; provinces around 43% and municipalities around 9%. The provinces are responsible though for the bulk of the government wage bill.

• This year, more than R7bn will be transferred directly from the fiscus to support the operations of South African companies, which also receive about R24bn in tax incentives annually.

• One of the big shocks of Nene’s MTBPS was the complete draw down of the contingency reserve of R5bn in this year’s budget to help finance the shortfall of R12.5bn which resulted from the agreement with union to give civil servants an effective average salary increase of just more than 10%.

Normally these contingency funds are used for really unexpected emergency shortfalls or costs related to disasters. To use it to compensate mostly already well paid civil servants does not seem to be right decision given the tough economic times and unemployment in die country.