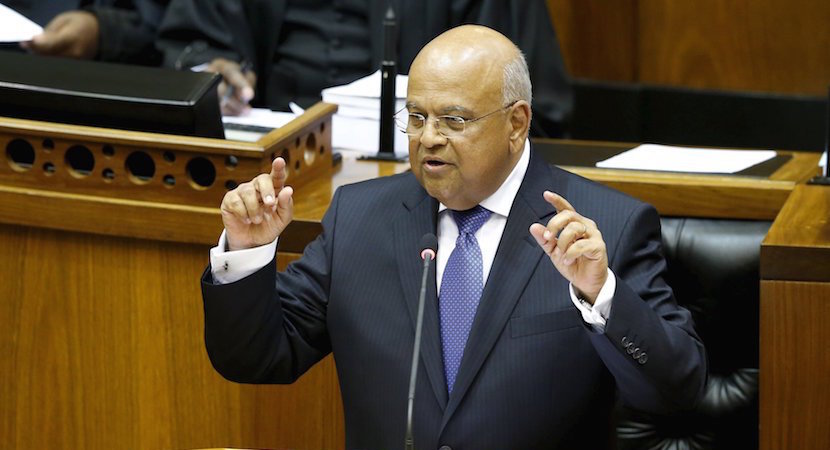 The country waits for Finance Minister Pravin Gordhan to deliver what’s likely to be his ‘most important’ budget on Wednesday, the biggest question remains: can he do enough to save South Africa from ‘junk’.  Matthew Lester says that while the previous three budgets went by fairly anonymously, and overshadowed by events like Oscar Pistorius, all eyes should be set on Gordhan come 2pm on Wednesday. As for avoiding the inevitable ‘junk’, Lester thinks Gordhan will put the interests of 54 million people above impressing the suits in the rating agencies. Because if he doesn’t, the decline of social order will in itself reduce SA to junk status. Lester hopes the rating agencies will accept this because it’s the only option as few South Africans understand Austerity policy. – Stuart Lowman

Our country’s in a funk

As Julius tries to take the stage

The last three national budget speeches have received disappointing press coverage being completely overwhelmed by events in the Oscar Pretorius saga. But I think we will all be paying attention at 2pm on Wednesday afternoon.

Most commentators will be concentrating on the national debt. But will Pravin Gordhan do enough to contain the never-ending trajectory to save us from junk status?

When the world hit the wall in 2009 economists agreed that there would be a quick recovery. So SA tried to borrow its way through the crisis until growth rates returned and tax collections recovered. But it didn’t happen.

Nene will be remembered for his spectacular exit through Nenegate. Actually Nene should be remembered as SA’s Mr. Austerity. From September 2014 Nene put SA on an austerity trajectory to contain the National Debt. Yes, there is no doubt that Nene put SA’s image with the rating agencies as the first priority. The consequences at home for 54 million South Africans came second.

Pravin Gordhan is a kind man and totally committed to what made the ANC great in the transition to the new SA. Let’s label him the last remaining true disciple of Mandela in the cabinet.

SA has gone past transition and we are talking transformation. Progress is miserably slow and the patience of 54 million South Africans is fast running out.

If I read Pravin Gordhan correctly he will put the interests of 54 million people above impressing the suits in the rating agencies. If he doesn’t, the decline of social order will in itself reduce SA to junk status. We must hope that the rating agencies will accept that. It is the only option. Few South Africans understand Austerity policy.

Please join me in a FREE Learning intervention that attempts to unpack the National Budget in pictures not words.