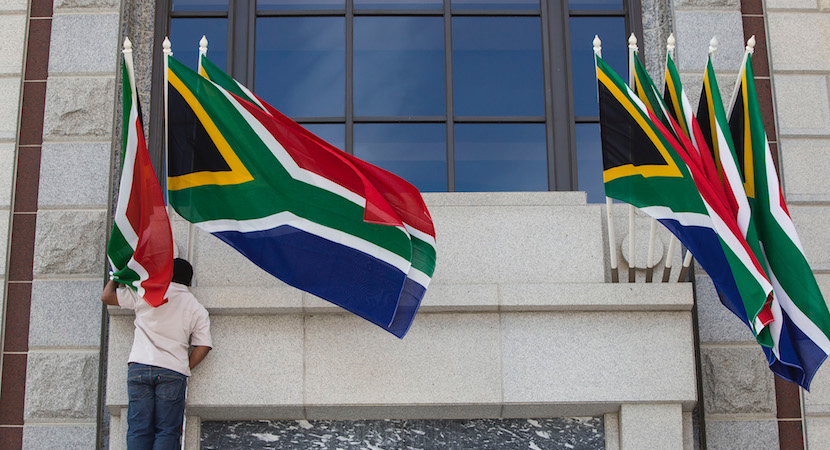 Besides banalities such as more women should go farming, President Zuma’s speech was much like a phantom pregnancy – all the symptoms and build up, but nothing delivered. So why was it as empty as the parliamentary opposition benches were during his SONA? It’s important to analyse what he didn’t say and why he avoided the most crucial issues. Any of which could potentially put him in the dock of public opprobrium, if not an actual court of law. State-owned enterprises (SOEs); every single fine-sounding sentiment and statement of intent on how their woes must be urgently remedied delivered this time last year did not even merit a whisper. And as for Eskom; well now suddenly we hear about the need to explore renewable energy options – when all the most recent government behaviour and intent has gone into trying to sow-up a trillion-rand nuclear energy expansion deal with Russia. SOEs are exactly where all the State Capture-linked controversies flow from. Why would Msholozi open himself up to any of it? It would be like throwing himself to the wolves. Not that it takes State Capture claims to trigger non-participation in the parody of democracy we’ve been witnessing. It reminds me (tangentially) of the much wider massive voter boycott of the short-lived ‘tri-cameral’ parliament (or the referendum called on its constitution). Except for the very real danger that if the general public walks out on voting now, we’re in real trouble. Scores of MPs walking out of SONA remains a symbolic gesture – powerful, but ultimately without real bite. – Chris Bateman

Cape Town – As Eskom pushes to finalise the 9.6 GW nuclear energy procurement programme in 2017, President Jacob Zuma simply said that nuclear is a part of the electricity mix in South Africa during his State of the Nation address on Thursday in Cape Town.

That was the only time he mentioned the term nuclear in a country that already has 1 800 MW of nuclear electricity coming from Koeberg Nuclear Power Station in Cape Town.

It is a lot less than he said in his 2016 SONA, when he said: “Our plan is to introduce nine thousand six hundred megawatts of nuclear energy in the next decade, in addition to running Koeberg Nuclear Power Plant. We will test the market to ascertain the true cost of building modern nuclear plants. Let me emphasise that we will only procure nuclear on a scale and pace that our country can afford.”

Since then, a total of 38 companies have committed to respond to Eskom’s request for information (RFI) by 28 April 2017.

Eskom started the nuclear procurement process in December when it launched the RFI process, and two requests for proposals (RFPs) are due to be released this year. However, Eskom requires Treasury sign-off before this can be released, as it relates to the financial aspects of the bid.

When in a bind, #Zuma has in the past used the courts to avoid proper accountability. Tonight his party used the police and army. #SONA2017

It is the first step leading to the appointment of one or more foreign specialist suppliers who will work will the South Africa team in the construction of the new fleet of nuclear power stations.

The programme could be delayed as government continues its court battle with environmental groups, the hearing of which was postponed to 22 February after its December hearing. – Fin24

His speech did not mention the word once and only briefly spoke about Eskom’s commitment to renewable energy investment.

Governance issues at SOEs took centre stage in 2016 and Thursday’s speech came as Eskom’s redacted Dentons report was released to those who requested it this week.

The report pointed to mismanagement and breaches of the Treasury while South Africa suffered load shedding in 2015.

Brian Molefe also resigned as Eskom CEO in 2016 after the Public Protector’s State of Capture report pointed to issues with Eskom’s dealing with Gupta-owned Optimum Coal Mine.

The only major development in 2016 was the appointment of a new board at South Africa Airways, but with the retention of controversial chairperson Dudu Myeni.

SOEs were a major part of his speech in 2016, when Zuma said that SOEs need to be “financially sound” in order to contribute to the successful implementation of the National Development Plan.

“They must be properly governed and managed. We will ensure the implementation of the recommendations of the Presidential Review Commission on State-owned Enterprises, which outlines how the institutions should be managed.

And all the while Jacob Zuma sits as if he is playing the mannequin challenge. Quite an apt interpretation of his presidency. #SONA2017

“The Deputy President chairs the Inter-Ministerial Committee which is tasked with ensuring the implementation of these recommendations.

“We have to streamline and sharpen the mandates of the companies and ensure that where there are overlaps in the mandates, there is immediate rationalisation.

“Those companies that are no longer relevant to our development agenda will be phased out.

“Government departments to which they report, will set the agenda and identify key projects for the SOCs to implement, over a defined period. Proper monitoring and evaluation will be done.

“These interventions are essential for growth and also for the reduction of national debt levels,” Zuma said last year. – Fin24