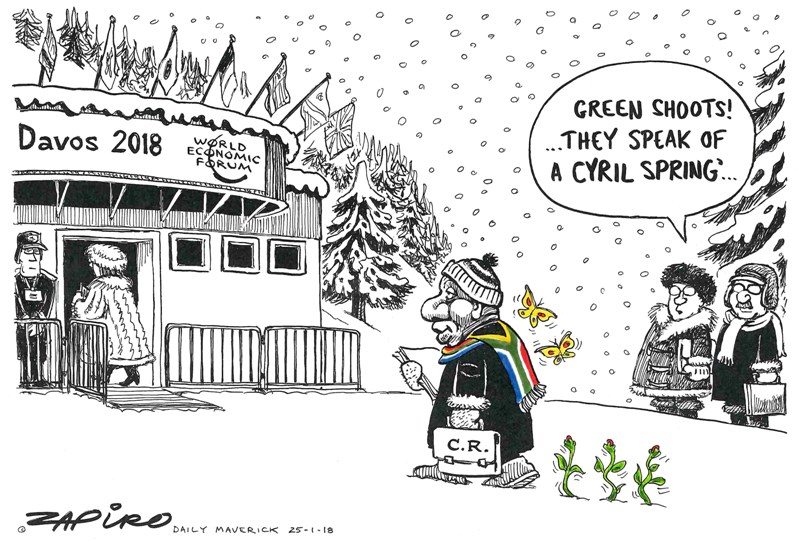 JOHANNESBURG — There is one thing you’ll know you are going to get when you read tax expert Matthew Lester’s work, and that’s honest, from the heart commentary. Lester himself admits to taking his finger off the keyboard in recent years, given the downbeat situation South Africa found itself in under former South African President Jacob Zuma. But not a day after he quit the country’s top job, it feels like a veil has been lifted, and all South Africans can see what a great country they find themselves in again. Lester echoes these thoughts, and talks about his first day living under the Cyril Spring. Even making light work of the R50 billion deficit South Africa’s finance minister will have to plug next week. South Africa has a second chance, let’s all grab it. – Stuart Lowman

My first day in the Cyril Ramaphosa era was just fantastic. South Africans were laughing and smiling again. And if you are a lecturer that is worth a great deal. The negative vibe that has greeted me around South Africa over the last two years has just been awful. ‘When-we’s’ everywhere!

I haven’t written much in the last two years. Maybe I have been too frightened to be my old self. I hope that’s going to change in weeks to come.

I find it incredible that it is not 12 months since Gordhan was fired for doing his job properly. I thought change would happen someday. But never so soon. A year ago I thought it would take 10 years to recover. Now I say just 12 months.

When the EFF entered parliament for the first time, Max du Preez wrote that we should welcome them. And how right he was. Their unrelenting pursuit of their mission has been fantastic and made a huge contribution to ending the Zuma administration.

All South Africans have made a contribution through their outrage. The nuke deal, SAA bailout, national treasury capture and more showed that we are not the spineless lot some took for granted.

But all the negative talk continues…

Some say it will take years for SA to recover. No! The problems are exposed. We don’t have to look far for solutions.

Others say Ramaphosa can’t do it. They forget…

South Africa has a second chance now. And we are damn lucky to get it.

Some have written lists of what Ramaphosa needs to implement immediately. It’s far more basic than that.

The essential ingredient of happiness is not money, it is simply self-fulfillment. In my context nothing makes me more happy than giving a good lecture, not even the money. Although that’s easy to say coming from a privileged South African.

If Ramaphosa can somehow lead South Africans and make people feel that they are achieving something, that will do the trick. The smiles and laughter that make South Africans great will return and with them bring economic recovery, tax collections and more.

My best wishes to President Ramaphosa on his election today. Sweden and #SouthAfrica have strong, close and long-standing relations. Looking forward to further deepening our partnership on global challenges.

Ramaphosa is our only hope of repeating the rainbow nation. But only if South Africa wants to pick itself up and get back to work. We have done it before and we can do it again.

Natural resources, taxes or even a bailout from the World Bank are not the essential ingredients. A better understanding of what constitutes good governance in both the private and public sector can achieve far more. After all we haven’t only lost billions through bribery and corruption. Estimates are that the Steinhoff debacle will cost R150 billion. And we are only looking for around R50 billion more in next week’s national budget.