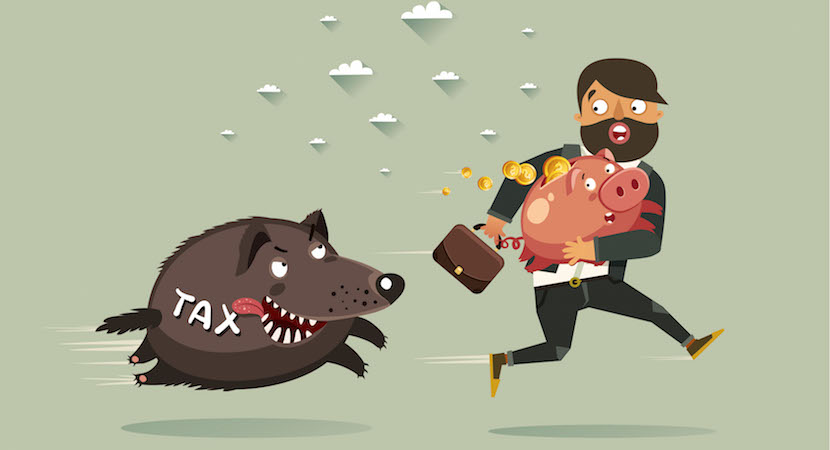 EDINBURGH — Jacob Zuma has gone from the presidency, but South Africans will continue to pay the price for his team’s mismanagement of the economy. This is the message delivered by economists preparing for the details of the national budget to be unveiled later this month. It seems likely that higher income earners are going to be particularly hard hit, with no relief in personal income tax likely among the measures taken to shore up tax coffers. A possible hike in the top income tax rate to 45% is possible, too. Most economists who participated in a survey also expect the poor to be tapped through VAT and tax on sugar, alcohol and tobacco. – Jackie Cameron

South Africa may have a new finance minister soon following the replacement of its president, but whoever replaces Malusi Gigaba will still face a 50.8 billion-rand ($4.4 billion) hole in the nation’s finances.

With growth in Africa’s most-industrialized economy lagging that of peers after its second recession in less than a decade, tax collections have dwindled. That’s intensified the difficulty faced by Gigaba at the National Treasury in striking the balance between finding more revenue and not choking off the country’s fragile recovery.

In October, his officials estimated public debt will exceed 60 percent of gross domestic product by 2022. The next month, the government pledged to cut spending by a further 25 billion rand over the next three years to avert another downgrade of its rand debt to junk.

Since then, Moody’s Investors Service has warned it might deliver just such a ratings cut, and an uncosted pledge by former President Jacob Zuma for free higher education for poor students added 12.7 billion rand to the country’s financial needs.

These are the five biggest potential revenue-generating tax changes the minister may announce at the Feb. 21 budget.

South Africa could collect as much 22 billion rand if it raises the rate of value-added tax, a form of sales tax, by 1 percentage point to 15 percent, PwC estimates. It would be the first change since 1993. Removing the zero rating on fuel purchases could bring in another 3 billion rand, according to Citigroup Inc. Six of 10 respondents in a Bloomberg survey expect to see an increase in the rate.

“Being a regressive tax, it has been avoided for political reasons,” said Frank Blackmore, the chief economist at EF Consult in Pretoria, the capital. But it is a “definite possibility” given the country is running out of other revenue-generating options, he said.

Health Minister Aaron Motsoaledi in July released a health-insurance policy document that said he wanted to remove the tax credit to users. This is to fund the proposed National Health Insurance plan that would cover all citizens. Taking the benefit away could add almost 20 billion rand.

3. No relief in personal-income tax

If the Treasury chooses not to adjust tax brackets to compensate for inflation, the government could reap as much as 15 billion rand in additional revenue, Citigroup said.

Increasing this from 45 percent may bring in as much as 10 billion rand, depending on the new rate, Citigroup says. The levy affects about 103,000 people who earn more than 1.5 million rand annually and was raised from 41 percent in the year that ends in February. While the move wouldn’t be a large revenue generator, it would send “the right signal” in one of the world’s most unequal nations, said Dennis Dykes, the chief economist at Nedbank Group Ltd. chief economist. It would show “that everyone is paying their contribution,” he said.

One thing that the Treasury has in its favor is a tax on sugary beverages, which Zuma signed into law in December. That may add as much as 11 billion rand to government coffers, Citigroup estimated. The state estimated the same revenue amount in a policy paper based on 2012 consumption data.

Raising taxes on alcohol and tobacco products may add as much as 6 billion rand, while a higher fuel levy could bring in up to 5 billion rand, according to Citigroup. And if ailing state-owned companies don’t dip further into government guarantees, the nation will have 16 billion rand in contingency reserves.