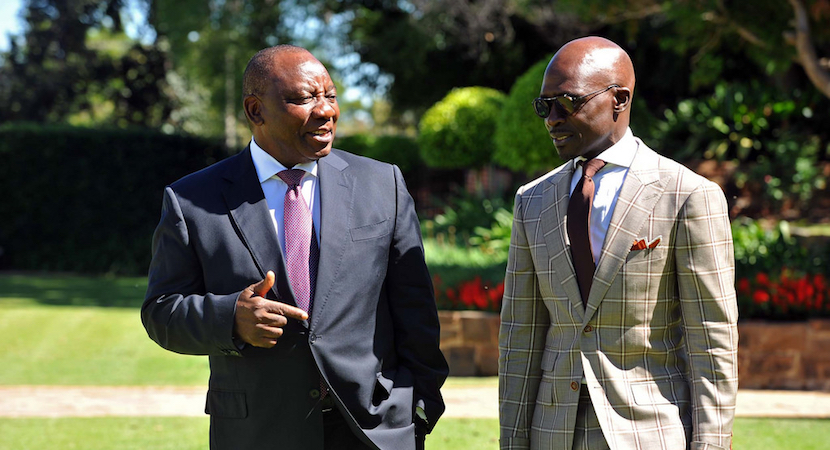 JOHANNESBURG — This Q&A with Stellenbosch Business School lecturer Lee-Ann Steenkamp provides a great explanation on how Finance Minister Malusi Gigaba’s tax changes will impact South Africa in the coming months. But with Gigaba potentially facing the chop from President Cyril Ramaphosa, the focus will also shift to how aggressively the country’s new finance minister will help drive home tax changes and even handle possible reforms. It truly is all hands on deck if there’s any hope of steering South Africa Inc. on the correct course again. – Gareth van Zyl

South Africa’s 2018 national budget came with a raft of tax increases indicating the country’s desperation to address a growing gap in its public finances. These include a hike in Value Added Tax from 14% to 15%. Sibonelo Radebe asked Lee-Ann Steenkamp to highlight the key tax developments.

What is your general impression of the budget speech?

I’m cautiously optimistic. In his own words, the minister of finance Malusi Gigaba noted this was a tough but hopeful budget. The budget speech echoed the theme of rebuilding and restoration set out in President Cyril Ramaphosa’s state of the nation address.

What is your impression around the key tax announcements?

Given the increases in personal income taxes in previous years major tax instruments have reached their limit in being used to raise revenue sustainably. As a result the minister only had two options to work with – focusing on wealth transfer taxes and Value Added Tax (VAT).

The result was that estate duty and donations tax rates were increased from 20% to 25% (with certain thresholds applying). And the VAT rate was increased from 14% to 15%. This won’t be a popular choice for the trade unions. But the Davis Tax Committee, set up by government to assess ways of improving the country’s tax policy, showed that a VAT adjustment would have the least detrimental effect on economic growth and employment over the medium term. In addition, the negative impact on poor households is mitigated by the zero-rating of basic foodstuffs.

What are the main drivers of the tax developments?

The tax proposals are designed to increase revenue collection. And the impending sugar tax (now called a health promotion levy) and carbon tax show that environmental and health considerations have begun to play a role in tax policy.

Overall, the tax policy measures are designed to raise R36 billion in additional revenue in the 2018/19 financial year. These measures are aimed at reducing the budget deficit and funding fee free higher education and training for students from poor households.

Were there any missed opportunities from a tax perspective?

To create more certainty for tax planning it would have been helpful if the minister had explicitly said something about the introduction of a wealth tax. The Davis Committee looked into the efficacy of a wealth tax. The options would be charging it as a land tax, as an annual net wealth tax or as a national tax on the value of property (over and above municipal rates).

A wealth tax raised on the value of land would be complex. For example, it can’t be assumed that all private land owners are wealthy individuals. In the same vein, a national tax on the value of property would suffer similar shortcomings to an annual land tax. Thresholds would have to be used as well otherwise ownership would be used as a proxy for wealth.

An annual wealth tax would also be extremely complex and would probably lead to increased compliance and enforcement costs for the South African Revenue Services. This raises the question: would the cost be worth the additional tax revenue? We don’t know. What’s clear is that further in-depth research is required by the Davis Tax Committee, followed by a broad public consultation process.

At the very least the finance minister should have highlighted the issue in his speech. Policy transparency goes a long way in assuring investors (and taxpayers) that their money is in safe hands.

The minister admitted that corrupt and wasteful expenditure by the government had eroded taxpayers’ trust in the state. This is a good starting point. But we’ve heard acknowledgements like this before, with very little (if any) progress afterwards.

The next few months will be crucial to see how the promises made by Ramaphosa will play out. Hopefully the governance and accountability of the South African Revenue Services will get immediate attention.