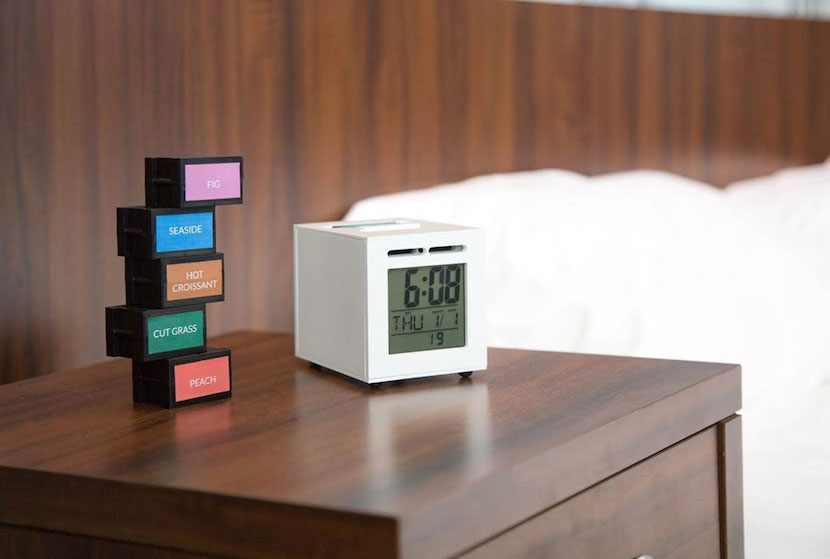 Gadgets, most people love them, but are they ever cracked up to be what the packaging says it should? Biznews has introduced a new weekly featured focused on technology reviews. And in collaboration with Coolfidence.com, we’ll bring you the unusual gadgets. This week Brendan Jack takes a nap and wakes up to something other than the irritating buzzer. It’s a Sensorwake – fresh coffee, or rotten fish, let us know what’ll get you up in the morning, or that afternoon siesta… – Stuart Lowman

The country that brought you croissants now brings you Sensorwake, an olfactory alarm-clock that will gradually awaken you from sleep using pleasant scents.

Forget the usual beeping, buzzing and vibrating used to wake you up. This more gentle approach appeals to your sense of smell, with scents such as fresh-brewed coffee and just-baked croissants. Sensorwake is part of an incubation program with Google France after winning a Google Science Fair competition. Their alarm clock works by using a cartridge, similar to plug-in air fresheners. When the alarm goes off, it diffuses the scent for three minutes. If you still haven’t gotten up, it’ll go back to the usual irritating beeping option.

Other scents include Seaside, Toast, Chocolate, Peppermint and Grass. No mention of rotting fish, which should do the trick. Or cocaine. Because smelling cocaine has woken up many people over the centuries.