Hi there, We’ve had one of those stretches of really bad news which SA seems to run into every few years. The new version of the so-called BB-BEE codes stink of an entrenchment of crony capitalism. The original spirit was for companies to help in developing the previously disadvantaged by empowering them with skills and … Read more 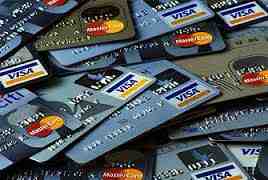 Have just gotten off the phone with the Discovery Card call centre. For the second time in the past year, a syndicate stole my credit card number and has started plundering the account.

After the last time, you’d forgive me for thinking that was the end of it. The new card has a chip and before it can be used to buy anything, merchants ask for a PIN number. But that only seems to be necessary if you’re doing it in person.

This morning, Comair – owners of kulula.com – processed a R1 359 transaction on my account. Fortunately, Discovery sent an SMS notifying me of the transaction which, this time, I accessed immediately. There was also another SMS from the card company, sent yesterday, which stated there’s been a deduction for R1176.85 from LL Bean Catalogue, a reputable online clothing store.

My fervent hope is that Comair and LL Bean pull their fingers out and help to track down the miscreants. Airline tickets are booked for a physical person. Clothing is sent to a physical address. That establishes a trail, surely, that can be followed. At the very least investigated. And someone nailed.

Sadly, it’s more likely that doing so will too much “hassle” for the companies concerned. And that they’ve never heard of, nor care about the Broken Windows Theory. So we’ll just keep on Drifting, the subject of my recent Rational Alternative column.  I’ll send both companies a link to this piece. And hope to be pleasantly surprised.

Failing that, the good news is that I know where the card was “skimmed”.

During our time as owners of the Rosebank Health Shop, one of the employees got caught up in a crime syndicate who gave her a “skimming” machine. It’s a piece of equipment small enough to conceal under the till. When a customer hands over their credit card, a simple swipe through the skimming machine captures mag tape details for the syndicate which uses it to buy online or create duplicate credit cards.

Given the way I’ve used this card over the past couple weeks, there is absolutely no doubt my card was skimmed by one of the N3 Toll Plaza operators. And it was done on Sunday afternoon between Mooi River and Johannesburg, as we returned from a weekend in the KZN Midlands. Once again, I will be sending a link for this story to the N3 Toll Plaza company. This time I’m more hopeful of a positive response. If skimming is to become a part-time earner for their operators, it would have a terrible impact on the company’s reputation. There could only be, at most, 30 people manning the Mooi River to Jhb toll booths during this period. So tracking down the criminal won’t be terribly difficult.

After the recent media coverage about malwear hitting fast food outlets, it’s easy to believe credit card fraud is out of control. It isn’t. But it remains an attractive way for syndicates to tap into the savings of the honest majority. The problem is many companies (like the one in the story below) take little interest. Fraud is written off to an expense account. Responsibility is abdicated to the banks. And these institutions are flooded with so many inquiries that they can only investigate some.

If there were ever an instance where collaborative action were demanded, this is it. So I’ll send those emails. And hope to be proven wrong.  – AH

A forex trader zapped R14k from my Visa Card – but how did he do it?

My suspicious side suggests I’ve uncovered serious white-collar fraud. The left-brain, though, is holding off jumping to conclusions. Either way, a fascinating story is emerging in the wake of $1 500 being fraudulently docked from my credit card last weekend. 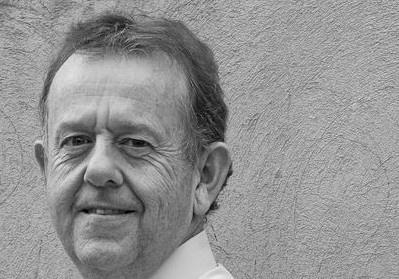 The directors at Vodacom must be kicking themselves for not ensuring founding CEO Alan Knott-Craig was kept in permanent retirement. He  has become their worst nightmare. Just 20 months after joining Saudi-owned Cell-C, Knott-Craig’s perseverance is turning SA’s cosy cell phone duopoly on its head. Investors knocked R40bn off the value of Vodacom and MTN … Read more

This week’s UNDICTATED focuses on a very special man, the late Bill Lynch. A humble, undramatic, focused person, he was made in the mould of great business leaders immortalized in Jim Collins’ classic Good To Great. Lynch would make any list of SA’s top five entrepreneurs of the modern era. Indeed, he is the only … Read more

Hi there, Have been thinking a lot about leadership this past week. And how much business and politics could learn from the sporting world. It was sparked by last Saturday when our webmaster Justin and I cracked an invitation to the big rugby game at Ellis Park. It was a rare spectacle that lived up … Read more

If I were ever to leave the entrepreneurial way and re-enter corporate life, Johann Redelinghuys is the man I’d ask to help open the right doors. Johann, an industrial psychologist and partner at Heidrick & Struggles, is the country’s top “headhunter”. We’ve known each other for a long time. So when he invited us to … Read more

My latest Rational Alternative column for the Financial Mail provided the opportunity for some navel gazing. That’s not terribly comfortable when you’re in an industry experiencing the sharp end of economist Joseph Schumpeter’s theory of Creative Destruction. But in every collapse, opportunities do emerge. So those of us in the mire seek inspiration from creative … Read more

Hi there, My sincere apologies. On Tuesday evening we worked with our hosting partner to switch Biznewz from its original .biz address to the recently acquired .com. This is a complicated process. During the transfer, a few nasty coding gremlins worked their way into the system. As a result, we had to hang up the … Read more 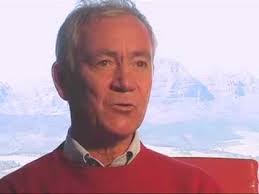 We’ve been paying a lot of attention to Capitec. It’s a phenomenal story of a micro-lender that has gone mainstream, ploughing in the high profits from its unsecured lending into creating a transaction fee base now approaching R1bn a year. But as serious problems have emerged for its core business, questions have been raised around … Read more 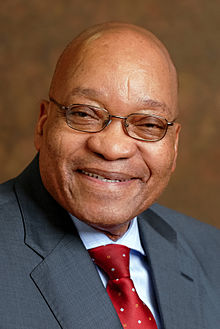 Hi there, It might have been a short week for the rest of South Africa, but we’ve had a belter on Biznewz. Traffic on the site has set a succession of records thanks to some superb blogs and articles as you’ll see from the list of our Best Read Stories at the bottom of the … Read more