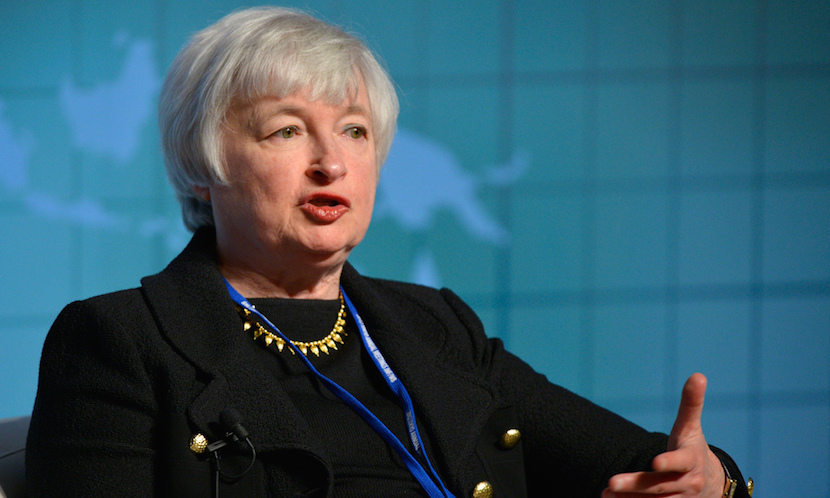 All eyes head to the United States tonight, as the ‘most influential’ person when it comes to markets gets to decide on where they head. Some may says it’s unhealthy and if we are honest Janet Yellen is facing competition from the Chinese nowadays, but there’s a lot of importance put on the United States rate decision. And whether one thinks she’s going to raise or hold, there really is no accurate way of predicting, and whatever the outcome, someone will be surprised, or spooked for that matter. Bloomberg surveyed 113 economists, pointing to a narrow majority for rates to be kept on hold, while Cees Bruggemans puts on his FOMC hat, and votes for a lift off. Yellen, your call. – Stuart Lowman

Like at any tense countdown at Cape Kennedy in pre-launch mode, when the Fed’s Federal Open Market Committee member votes are taken later to today, will it be “all systems are go”? Or will it be “abort”?

Will it be ready to roll today with 0.25%? Or are all systems go for October? Or even December?

The US economy has been enjoying good (though not spectacular) growth for a number of years now. Ever since coming out of recession back in early 2009, there has been no major stumble of note, even if some seasonalities (winter) have repeatedly surprised. Banking has been sorted, the housing overhang has largely disappeared, the fiscal budget deficit is under control (in the short term).

Growth this year should average 2.7%. The labour market has steadily tightened and is now down to 5.1% unemployment. With these foundations, US growth will likely continue ever so steadily still for some years to come, further tightening labour supply, as more and more Americans return to active full time work.

After June’s no show, if Yellen’s #FOMC don’t hike tonight, she will be the financial equivalent of #Wenger in the transfer market

Wage growth may still be low at 2.2%. Headline inflation is still minimal at 0.2% in August (mainly suppressed by last year’s halving of energy prices, but this effect starting to drop out of year-on-year comparisons quite soon, though recent energy price declines having suppressing effects on US inflation through 2016). Core inflation (excluding food and energy) is only 1.8% and this is still warranting very “low” interest rates by traditional measures. But it doesn’t necessarily warrant zero interest rates, negative in real terms. Nominal household income growth runs at over 4% (wage growth of 2.2%, job growth of 2.1%), offering steady real household income gains of well over 3% when discounted by the household consumption deflator. It is good enough to support a 17.7 million annual new car market, a healthy 1 million unit new housing market and a steadily shrinking unemployment rate already at 5.1%. There is a broadbased groundswell to this US economic momentum that is very powerful and insistent, broking no opposition.

Even if this is the growth outlook, the Fed is reading the resource take-up and its inflationary consequences as a very gradual process requiring a very light touch to the policy tiller. Policy should be tightened slowly, in popular parlance at only half the speed of traditional economic upswings. As to China, it offers minimal direct exposure to the US, in terms of its share of US trade (barely 4%) or GDP (amounting to less than 0.7%). The wider impact of China globally has a slightly bigger footprint for the US economy, but it doesn’t materially shift the bigger picture. China may be a big economy, but the continental American economy mostly marches to its own internal drummers. And these have been recalibrated, and are now steadily rowing as one, a newly constituted winning team. Row, Bru, row. There is the suggestion that many countries, especially commodity producers and many Emerging Markets (EMs), will get sideswiped by the deepening wake of rising US interest rates. Capital flows will be redirected more towards America again, the easy liquidity will be withdrawn from over-dependent ‘fragile’ EMs, and what follows will be an old-fashioned bloodbath. For them yet more equity and bond market turbulence, and further currency selloffs as their credit becomes more expensive on risk adjusted terms. Some of that Fed-driven market adjustment is well underway, complicated by the unexpected timing of Chinese adjustment coming more fully into focus in recent months. But we shouldn’t overstate reality and blow it to crisis proportions.

This fixation on the #Fed singularity as I call it is unhealthy… Think beyond #FOMC event horizon! — Mohammed Nalla (@MohammedNalla) September 15, 2015

It may be an inconvenient reality that these many global unfortunates, so very strongly dependent now on Chinese commodity demand, Chinese industrial component demand, and easy global liquidity, have to face the music of having to adjust to corrections on both fronts, as if having to fight two full-blown wars at once.

But these realities cannot be sidestepped, certainly not indefinitely, besides which there are redeeming features.

Despite pervasive hyperbole (and deep fears reflecting a lack of good data and deeper insight in Chinese affairs and true performance, aside of rumour), the Chinese structural adjustment is steadily playing out stretching over many years.

A general, gradual shift away from over-reliance on infrastructure and heavy industry investment geared to global exports (each having reached their logical limits). A turn towards a greater focus on more efficient capital investment, more efficient technology use, less environmentally damaging.

And this accommodating the shift in labour supply (away from unlimited low-productivity rural labour streaming to the cities) as the demographics finally turn negative. China’s growth has to become more reliant on own consumption steadily reaching for higher levels of sophistication, reflecting the skill mix, technology use and numbers.

These structural shifts (there are quite a number simultaneous underway) do not represent an implosion of Chinese growth (as following a financial crisis) but instead reflect realities to which there are managed responses.

Chinese growth has slowed and may slow some more, but it is a relatively controlled slowing. Growth has slowed to at least 7% (half the pace of a decade ago), even if many global observers claim the process is farther advanced than this already, and will slow further, but there is staying power, too, that should not be under-estimated.

The financial upheavals of recent months, especially in Chinese equity markets, will not have a major direct consequence for the economy, with these markets not yet large enough or adequately integrated in a fully fletched market economy.

Should the Fed therefore tread lightly in the presence of Chinese adjustment and financial market fragility to the point of upheaval, fraying nerves worldwide?

Markets typically don’t like policy shifts. And this American one has been long signaled but poorly discounted. The American markets have throughout claimed the Fed is assuming too much about growth and inflation, not seeing the same strength or pickup, and therefore assuming a somewhat later start to liftoff.

But the difference is only six months within a very long runway. Markets are still discounting only a 30% probability of liftoff tonight and it only fully discounted in forward pricing by March next year.

That, too, is a cold calculated discounting of the available facts. According to markets, the Fed will keep blinking a little longer, delaying some more before fully ready to start lifting rates (and then very, very slowly).

Psychologically, there are EM central banks who seem to think delay now is no longer worth the candle (a sentiment increasingly hearthily echoed by New York fund managers). The uncertainty in markets about imminent Fed liftoff is such that it is doing more harm than an actual liftoff would, in their estimation. The suspense is killing them. Get it over with. As with the onset of tapering (the Fed reducing bond buying), the speculation of what it would mean was far worse in 2013 than the actual reality in 2014.

Start liftoff. We will live. EM foreign currency reserves today are much healthier than 15 years ago at the time of the Asian Contagion crisis. EM government bond issuance in local currency has risen from 50% to 75% of the total (across EMs), even if corporates have raised a lot more foreign currency debt (and are exposed to currency depreciation if not hedged). Overall, we are in a better space than then. So get it over with. Let’s start.

And so the decision looms today for a handful of people to make. And a horse designed in committee traditionally turns out to be a camel.

We will only know in time what psychological factors played a role in today’s decision when it is announced (and its formulation).

American markets have also sold off in recent weeks (and have subsequently recovered some lost ground), with so much to digest globally, though the Vix (volatility) index being off recent highs. Can markets stand the stress test of a liftoff, even if the policy pace promises to become very gentle once underway, stretching over 2-3 years and reaching for heights that are not going to be too challenging (looking for a Fedfunds of 2% plus and 10 year bond yield of 3.5%-4% three years out)?

Not everyone believes things will go this smoothly, either liftoff or aftermath. But in the final analysis there is only one way of finding out. By doing.

I am not an FOMC member and have no idea what is spooking them at this late hour. But for what it is worth, in terms of the subsystems I am monitoring, they have my vote for liftoff today. Go America, get it over with and be as gentle over the next three years as promised. Much rides on this, for the whole globe. No Volcker antics please (but then he was in a totally different space in the early 1980s as compared to the present crew).