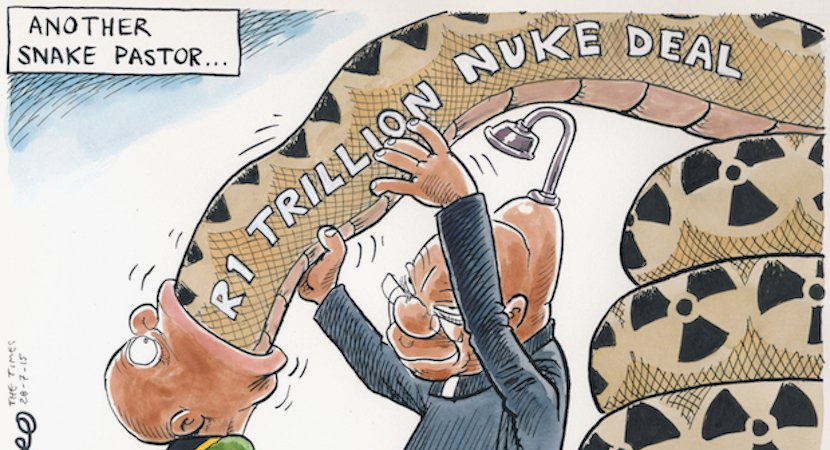 According to David Fig, an honorary research associate at the University of Cape Town, nuclear energy is unnecessary for South Africa’s progress as a developing nation. It swallows up too many resources in return for too little electricity, the waste is a nightmare and the alternatives are cheaper, cleaner and ultimately, more cost-effective. He draws on the recent journey of Vietnam to illustrate how that thriving nation has stepped away from the nuclear abyss in the current economic climate, improving its long-term prospects. The territory he doesn’t really explore is our domestic political culture and climate, which previous contributors to Biznews have argued is the real reason behind what amounts to a simmering long-term intention to go big on nuclear. That is; there are potential and (perhaps even current) crooked financial incentives for our politicians to want to pull the Russian nuclear deal off ice. And these have nothing to do with ignoring the scientific advice on the matter – it doesn’t even come into play. How can we not think otherwise in the aftermath of the useless and hugely costly Arms Deal, with all its attendant dirty dealings? – Chris Bateman

Vietnam recently announced that it would be cancelling its contract to buy two nuclear reactors from Rosatom, the Russian nuclear vendor. The decision was subsequently ratified by the Vietnamese National Assembly in Hanoi. The vice-chair of the parliamentary committee on science, technology and environment, Le Hong Tinh, has stated clearly that the nuclear programme would not be continued.

After the purchase of the two Russian reactors, Vietnam was due to buy a further two from Japan. These plants would have been the socialist republic’s first power reactors. The orders were placed at a time of economic boom in the country during 2009 and 2010. But the more recent downturn in economic activity, the drop in electricity demand, and the doubling of the overnight cost of the reactors to $18 billion, caused the government to think again.

According to Mycle Schneider, a Paris-based energy analyst:

Vietnam is only the latest in a long list of countries, including more recently Chile and Indonesia, that have postponed indefinitely or abandoned entirely their plans for nuclear new-build.

Vietnam’s decision is for outright cancellation of a contract for two reactors which were to be part of a sequence of purchases. But South Africa is not being as decisive. Yet South Africa is realising that it must at least postpone its nuclear plans. In its latest Integrated Resources Plan 2016, one option is to delay completion of the first reactor until 2037.

A postponement would mean that South Africa wouldn’t need to start building new nuclear plants until the mid-2020s. The country’s energy provider Eskom, however, is still bent on initiating the procurement process very soon.

Vietnam has a population of about 90 million, almost double South Africa’s 54 million. As one of the world’s biggest exporters of rice and coffee its production is mainly agricultural.

Since the end of the war against the US in 1975 policies have begun to accommodate market capitalism with ultimate power still in the hands of the state. Personal income or per capita GDP, is up from US$200 in the 1980s to $5635 today. South Africa’s is $13046. Vietnam’s growth rates have been in the vicinity of 6% to 7% per annum. 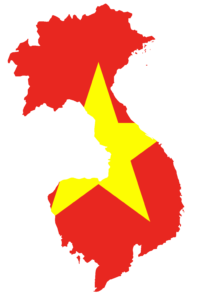 Vietnam relies on small amounts of coal, hydro and offshore gas, but imports coal for most of its electricity generation. The over reliance on imported coal, the impact of its use on climate change, and the rapid rise in economic production and electricity usage, led the government to consider the nuclear route. Reactors would be acquired in sequence, amounting to a total fleet of 13 installed at sites in five provinces on the central coast.

Vietnam currently has a small nuclear research reactor at Dalat. The lawcovering nuclear energy was not regarded as robust enough by the International Atomic Energy Agency in Vienna to take account of the proposed nuclear expansion.

Earlier this year, Vietnamese environmental organisation, Green Innovation and Development (Green ID), approached myself and other international experts to comment on the expected revisions to the law and we were invited to Hanoi to address parliamentarians. But the law was never revised.

Then on October 3 we were asked to brief the National Assembly committee on science, technology and environment. The next day we also addressed the Vietnamese Union of Scientific and Technological Associations. Our contributions aimed to provide scientific evidence to dissuade Vietnam from going ahead with the nuclear order.

Klaus-Peter Dehde, the mayor of a small town in northern Germany, spoke about the reasons for the new German energy transition away from nuclear energy and his community’s struggle with the question of nuclear waste disposal.

Kanna Mitsuta from Friends of the Earth Japan, whose expertise was on the effects of the Fukushima accident, briefed the audiences on its impact. This included mass evacuation, sterilisation of agricultural land, economic dislocation and the extensive contamination of land and sea. Failure to manage the accident effectively caused Japan to switch off all but two of its 54 reactors. The cost of the accident has so far amounted to two trillion yen or roughly $40 billion.

I spoke of the need for long-term management of nuclear waste, and the full cost of the reactors. Vendors usually quote the overnight costs, covering acquisition of the land and the construction. This is nowhere near the full cost as it does not include operation, insurance, waste management, emergency management, setting up a regulatory apparatus, or decommissioning the reactor after use.

In the case of Vietnam, as in South Africa, it would be the state that has to cover most of these costs.

Our interventions resulted in lively questioning. The information we provided was the first time many participants had heard counter-arguments to nuclear. Many participants commented afterwards on how open the discussions had been of a formerly taboo subject. Vietnam is still a one-party state, and the traditional role of the MPs has been to endorse policy measures coming from higher up in the party. The nuclear discussion suggests a new openness in decision making.

We left Vietnam thinking that our intervention might lead to a deferment of the order for the reactors while the parliamentarians continued to grapple with revision of the law. Its decision to scrap the orders – which was made shortly after our visit – was therefore a great surprise. Vietnam has been able to act rationally in considering all arguments before making its mind up.

Nuclear energy is unnecessary for the country’s progress as a developing nation. It swallows up too many resources for too little electricity in return. The nuclear fuel and the waste have to be safeguarded for many millennia, and the reactors have to be operated safely. Accidents contaminate huge areas and affect millions of people. 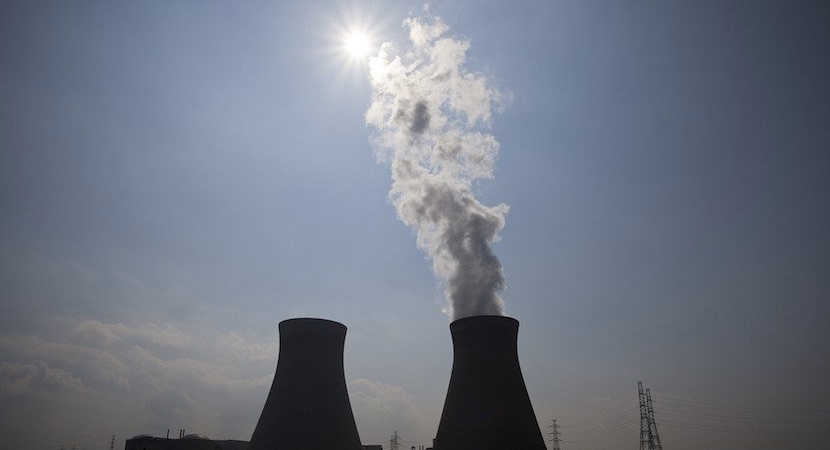 There are a number of safer and cleaner renewable alternatives, especially solar and wind. If Vietnam is brave and shrewd enough to step away from the nuclear abyss, so can South Africa. Instead of postponement of nuclear procurement, South Africa should reject this technology outright.

The country’s Integrated Resources Plan decides on the ratio of different power sources in the total energy mix. South Africa needs to listen more clearly to its scientists. And it could learn some useful lessons from Vietnam’s approach.