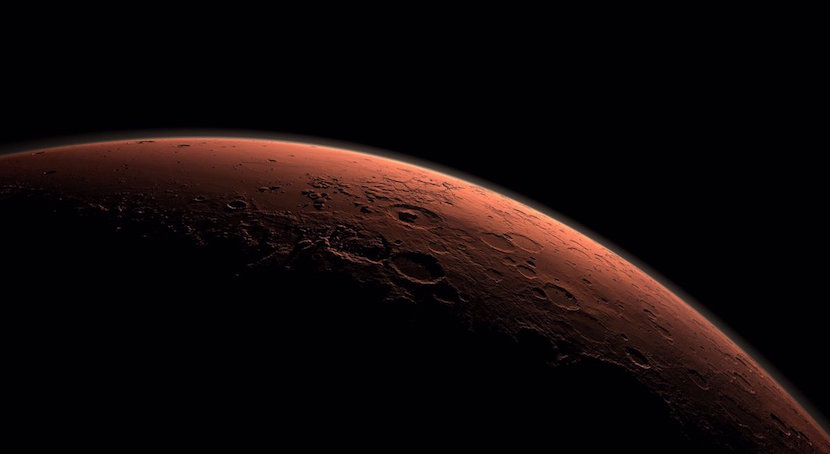 For most of us, the prospect of joining an early mission to Mars for global technology entrepreneur Elon Musk is probably right up there with wingsuit-flying off a New York skyscraper – unappealing because of the slim chance of survival. However, work is underway to prepare for life on the red planet. US space agency Nasa for example is working on isolation experiments to simulate what life will be like on Mars. Dutch not-for-profit company Mars One has the goal of establishing a human settlement on the planet. Not a technology company, Mars One is identifying and preparing candidates to leave earth as soon as aerospace companies are ready. There is no shortage of volunteers, it seems, with Mars One set to whittle down a large list to 40 for the journey. University scientists are working on ways to grow crops on Mars so that inhabitants can start feeding themselves when they get there. While this all sounds like science fiction, smart people have invested huge sums – and their reputations – into Mars exploration. Richard Tutton, a British sociologist, says that at the very least we should not ignore or dismiss South African-born businessman Musk. It is time to start having serious conversations about who should go to Mars and what kind of future humankind wants. – Jackie Cameron

Entrepreneur Elon Musk has laid out plans for his aerospace company SpaceX to transport human beings to and from Mars. His presentation, held at the International Astronautical Congress in Mexico, had been long anticipated, with many expecting a vision for the colonisation of Mars – something Musk has often spoken about in interviews. In the end, he presented something quite different.

For more than a century, the prospect of human societies on other planets has been a powerful, recurring theme in popular culture and speculative techno-science. And Mars in particular has been the promissory interplanetary horizon for extraterrestrial human exploration and settlement. In popular science fiction, it has featured as a world where human beings will seek out their own version of the good life and escape the problems of Earth.

In his presentation, Musk offered up two future histories of humankind: one in which we remain on Earth and run the risk that something will happen to destroy us, and the other in which we become a multiplanetary species. But he focused mainly on the technical means by which that process could start.

He gave a highly detailed overview of the “system architecture” for how SpaceX would develop the various components of an interplanetary transportation system. He proposed an ambitious timetable of journeys to Mars taking place every two years from 2018.

What Musk missed out

What Musk did not address was the feasibility and desirability of actually living on Mars. And, importantly, who would go. In fact, the social, political and economic aspects of the multiplanetary life that Musk is envisioning were conspicuous by their absence.

In using the term “city”, Musk conjured up the possibility of a social life on Mars. Yet how would this city be constructed and by whom? Who would administer its services which would include everything from producing a breathable atmosphere, sourcing a potable water supply, to the growing of food? Either intentionally or otherwise, Musk has sidestepped the pitfalls of setting out how in practical terms a city on Mars would actually work. Instead, drawing analogies from the old west (as many space advocates like to do), he compared SpaceX’s Interplanetary Transportation System to the Pacific Railroad – it enabled people to migrate to California but, once there, they were free to do as they wished.

A rival initiative, Mars One, which aims to create a permanent human settlement on Mars in the 2020s, has faced big questions about its financial model. Musk, too, was vague about how any of his plan would be actually funded, admitting that only 5% of SpaceX’s budget is currently dedicated to developing this side of the business. However, he set out the aim that going to Mars should cost about US$200,000 per person, implying that perhaps only people with sufficient wealth would actually buy a ticket to go.

In the case of Mars One, however, the volunteer candidates are not paying for the privilege. In my ongoing research, I have interviewed some of the 100 candidates who have been shortlisted by Mars One, exploring their interest in going there. My research indicates that they share Musk’s positive view of what “going multiplanetary” will bring to humankind – uniting people in a common goal and offering the chance to create a new society on another planet. As one candidate put it to me: “I feel like there’s an opportunity to sort of build a Utopia on this next planet and to be a part of that is a mind-blowing opportunity; it is the opportunity of any lifetime.”

The techno-utopianism of Silicon Valley has already played a significant role in reshaping many aspects of our contemporary lives. Now, Silicon Valley is investing in and seeking to shape a future in which travelling to outer space and living on other planets is the route to human happiness and renewal. There is growing Silicon Valley investment in space transportation and other space technologies. And Musk is not alone amongst dot.com entrepreneurs in creating a space firm: the co-founder of Amazon Jeff Bezos has also established Blue Origin.

If Elon Musk gets his way, humans could be living on Mars in 6 years🚀 pic.twitter.com/5s5c5CAj5F

And they seem to have support: Twitter users compared favourably Musk’s vision for the future with the previous night’s presidential debate.

There are critics, though. Some have dismissed space as a failed utopia of the 20th century. And many may find continuing investment in the prospects of multiplanetary life to be little more than a dangerous fantasy, distracting us from real issues such as climate change.

Musk has given us an ambitious and inspiring plan for how human beings can go to Mars safely and return to Earth. But establishing the feasibility and desirability of living on Mars is crucial: and this involves more than what are admittedly a set of highly complex technical challenges.

For example, deciding who goes first is hugely important, given the significant dangers they would face – a question Musk struggled with in his presentation. Mars One shows that there are potentially thousands of people interested in such a prospect. While Musk talks about a $200,000 cost per person, does he imagine that the wealthy would pay to be among the first to go?

Elon Musk is going to Mars

Or is there something to learn from past colonial histories – that it’s often the least wealthy who tend to experience the hardships of establishing colonial outposts in a new world? And what ethical and legal responsibilities would SpaceX have to those it carried in its spacecraft? At the very least, sending trained astronauts for short term missions would have to be a prerequisite to any attempt to make a permanent human settlement.

Ultimately, it’s difficult to judge whether SpaceX’s plans or any of the other plans to go to or live on Mars will ever succeed. It will, however, always be more than simply a technical question. In any case, sceptics should not simply ignore or dismiss Musk. All of us should, as the anthropologist David Valentine argues, engage with the “explicit utopian futures of people who are powerful enough to at least set them in motion”, and join the debate about the future we want – and when we want it.