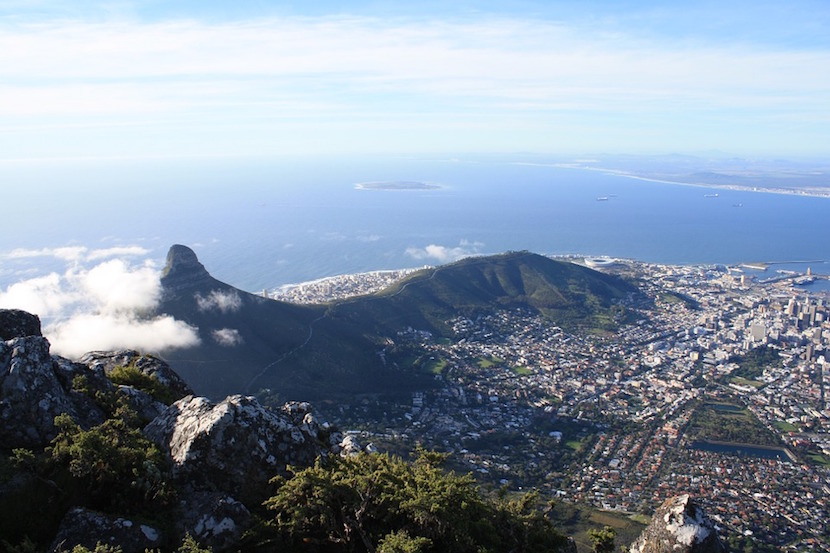 South African house prices are set for a slowdown, a leading property analyst has warned. Cape Town property investors have been smiling lately, with residential real estate in the Mother City registering double-digit returns. This has partly been the result of Johannesburg property sellers relocating, says Erwin Rode of Rode and Associates, who cautions that the good times aren’t likely to continue for much longer for Capetonians. Some who own houses and flats in Cape Town, in particular along the Atlantic Seaboard where prices continue to defy gravity regardless of the country’s economic health, will question Rode’s number-crunching and forecasts. As Andrew Rissik, MD of Sable Forex, has said: A Cape Town property could prove a sound investment for individuals considering opportunities at home. However, both Rissik and Rode agree on this: With political developments putting a lid on economic growth, investing overseas to diversify and benefit from higher returns elsewhere could prove to be a very shrewd move. – Jackie Cameron

“The South African residential property market did not see the correction the US had after the financial crisis. I think, should things really go awry in SA, house prices will in real terms drop to a more sustainable level – more or less to the inflation-adjusted level of 1985 or thereabouts,” Rode said at the annual property conference hosted by Rode & Associates on the Spier Wine Estate outside Stellenbosch.

“Because house prices are still so high and the supply side still relatively strong, our models forecast house prices in real terms will come down over next few years.” He gave as an example sustained inflation of 6% and nominal prices growing at 3%.

He explained that the market follows a big property cycle – on average 15 to 20 years.

“Of course you can have cycles within cycles, but there is empirical evidence of the long cycle. So, at the moment the big question for property developers and building contractors is where and when the cycle is going to bottom,” said Rode.

When he regards the state of the SA economy, he thinks it will take another few years before the property cycle bottoms out.

Rode explained that the prospects for the SA economy include lower growth in the wake of low global growth and infrastructure constraints. Taxes and tariffs will have to increase to make up for the infrastructure backlog.

Read also: Inside Africa\s most expensive home: R290m for a piece of Cape Town

“We in property must look at the longer term too. I note, for instance, that 50% of South Africans are under 25 years old and are unemployable, so SA is facing serious social upheaval – and it is intensifying,” said Rode.

“I am trying to tell you the social upheavals we are seeing at the moment are not coming out of nowhere. There is a real foundation and reason for this. When you put a society under enough pressure people become extreme and populist – Germany had that in the 1930s, for example. SA is running the danger of experiencing the impact of populism.”

On top of that, the ongoing ITC and robotics evolution will further impact employment in the world and in SA.

As for the kind of returns to be expected from property in SA, Rode said if one follows a so-called naive buy and hold strategy, one could in the long run expect a real total return of 4% to 5%. (Total return is calculated by adding the capital return to the income return.) Rode forecasts that growth in nominal house prices nationally this year will be 4.5% followed by 2% in 2017 and 0.2% in 2018.

“If you want to do better than that you would have to invest overseas or do developments – which is more risky of course – or buy a property and change its use – these kinds of creative things,” said Rode.

He said since 2013 house prices in Cape Town started outperforming those in the rest of the country.

“The reason for this is easy to explain. The economy in Johannesburg is more tied to the commodity cycle than the Cape’s. This is so because the Western Cape economy is much more diversified than Gauteng’s, including a strong agriculture export sector, which does well when the rand is weak. In addition, it seems semigration to the Cape from Gauteng and other parts of the country is also benefitting the housing market in the Cape.”

This explains why house rentals in Cape Town have been growing at about double the rate of the rest of the country.

Rode cautioned, though, that the latest data show Cape Town house prices might be decelerating on a month-to-month basis.

“Prices in SA are still high in real terms. Interest rates may rise further and banks will maintain their risk aversion emanating from the financial crisis, so I expect house prices will in the medium term come down in real terms,” said Rode.

Rode said house developers claim there is still a lot of pent-up demand in the affordable housing sector, that is, houses below R700 000.

“I put a question mark behind this statement, as consumers are under severe pressure, and the civil service and public sector salaries will have to be pruned, so where would this demand come from?” he asked. – Fin24