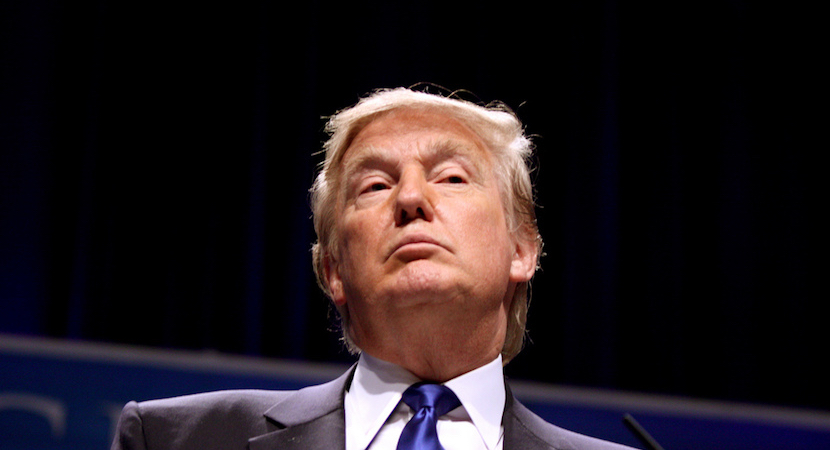 Donald Trump’s victory in the US presidential race has brought the issue of fake news to the fore. He might not have invented it, but he is an obvious beneficiary of the genre, says a UK journalism expert who has studied Trump’s Twitter campaign. Ivor Gaber of the University of Sussex believes Buzzfeed was wrong to publish unsubstantiated allegations about Trump. But he also thinks Trump protests too much when it comes to painting himself as a victim of fake news. Gaber cites estimates that Trump lied on average once every 50 seconds during his debates with Hillary Clinton. Of course, Trump denies all wrongdoing – and he has slammed media companies for questioning his integrity and for adding to the fake news mountain that grows daily. There’s only one thing worse for Trump than being a victim of fake news, adds Gaber – if the latest news is true. In the meantime, Trump’s authoritarian style with the media, his disdain for award-winning actress Meryl Streep and his unique brand of politics have got the world talking and laughing. Take, for example, this light-hearted three-minute take on Donald Trump’s Tweets, by @RandyRainbow, which has gone viral. – Jackie Cameron

To verify, or not to verify? That is the question that journalists face on an almost daily basis; but the issue of whether media organisations should publish information that isn’t 100% watertight has been brought into sharp relief by the latest stories about Donald Trump and his alleged involvement with Russia.

Verification is a major issue for journalists; the American Press Institute, for example, talks about journalism as a “discipline of verification”. But alas, it is not as simple as that and, like so much else in journalism, it all comes down to the professional judgement of the individual journalist.

In the past, I have conducted training courses in developing countries with American colleagues and I often used to wince as I heard them say, as if it were an unbreakable rule, that journalists should not publish anything that hadn’t been verified by two independent sources.

It was nonsense then and remains so. If I receive a press release from Downing Street telling me that the prime minister has resigned, I do not need verification to put that story out (as long as I am sure of the provenance of the release). Even if the information comes from a “source”, if that source is reliable and had proved so in the past – for example, Alastair Campbell speaking on behalf of Tony Blair – then that too would require no further verification. If, on the other hand, a junior backbencher with whom I have had no previous contact had sidled up to me and whispered the same information into my ear, then I sure as hell would have wanted verification.

Queen was not amused

The recent case of the BBC’s political editor, Laura Kuenssberg, and the Queen’s attitude to Brexit is instructive in this matter. During the campaign, The Sun ran a story that the Queen had spoken out in favour of the Leave campaign – it was a major controversy and both the Palace and the press regulator IPSO condemned the paper. Speaking on the BBC’s Today programme more recently, Kuenssberg revealed that she had received similar information but had not been able to verify it and so had kept quiet.

At the time, it appeared that The Sun’s source was the former justice minister Michael Gove, a leading Leave campaigner. Nonetheless, if a former senior minister had told me that he had actually heard the Queen saying that she was in favour of Brexit then, without further verification – although perhaps indicating that my source was “a senior member of the Leave campaign” – I would have run the story.

So now we come to Donald Trump and his links to Russia – and all that this has allegedly involved. Buzzfeed’s editor-in-chief, Ben Smith, sent a memo to staff – which was subsequently released – in which he justifies publishing the information, while saying there is “serious reason to doubt the allegations”. His reasoning was that this information had been “in wide circulation at the highest levels of the American government and the media” and that publication “reflects how we see the job of reporters in 2017”.

Here's the note I sent to @buzzfeednews staff this evening pic.twitter.com/OcAloWzVzb

Is he right? And what should other news outlets do about the story? Most have focused on the medium rather than the message – for example, that this information had been given by the security services to Trump, Obama and senior Republicans some time back. The information is being strongly challenged by Trump who has tweeted that it is “fake news”. So in this light – and without further verification – most of the “legacy” media have declined to provide their readers with any details about the report’s content, other than in the most general of terms.

Are they right? Well, up to a point, although there is a large whiff of “having cake and eating it” (as Britain’s foreign secretary is wont to say) about the legacy media’s treatment of the story. I read the full 35-page dossier thanks to The Guardian. In its story, it goes into great detail about who knew what and when, but the piece reveals little of the content of the report.

But it does, very helpfully, provide a link to the news website Buzzfeed. Now Buzzfeed might be a relatively upstart in the news game but over the past couple of years it has demonstrated that it is a reliable and robust news source – despite the listicles, the pet cats and the “funny” videos.

But Buzzfeed did much the same thing in its story as The Guardian, not giving many details about the content but helpfully providing a link to a PDF of the full document, with the key passages highlighted (by whom?). It was the same with the New York Times, though it has made the curious reader go through a more circuitous route, having to first click through to the CNN International site which then gave the link to Buzzfeed and the document.

Having noted all this, I remain unconvinced that the allegations should have been published. Buzzfeed admits they are unverified and that they think there is reason to doubt them. So, at this stage, the only verification comes from unnamed intelligence sources – would those be the same sources that told us about WMD in Iraq for example? We need intelligence services, but we should not trust them as unimpeachable sources whose information can be reported without verification. As I said at the beginning, it all comes down to judgement.

One final observation. It all would be deliciously amusing if these matters were not so important – for Trump describes the reports as “fake news”. This from, if not the founder, then one of the best exponents and major beneficiaries of the genre. A list of Trump lies would take up this entire article but suffice to say that, according to some estimates, during the three presidential debates with Hillary Clinton he lied on average once every 50 seconds.

So what goes around comes around. If, in this case, Trump is the innocent victim of “fake news” he has no one to blame but himself. On the other hand, if it is not fake news then that is even more troubling.