Many people assume they can work until retirement age, or even older if they haven’t saved sufficiently to secure a steady income stream from investments. But the reality is you lose your appeal to employers as the grey hair appears – or disappears! – and the laughter lines deepen. Age discrimination is as real as discrimination on the base of race or gender, with many employees favouring bright young things with a masterful command of technology and the ability to cater for young, aspirational customers. You might think that the age discrimination sets in around the time you are thinking about a hip replacement or are in the last few years approaching your official retirement age, but many bosses think you are old when you hit 45. That’s the finding from an Australian study. Prejudice against older workers is evident in other countries, too. Ageism is the most widely experienced form of work discrimination in Europe according to charity Age UK. – Jackie Cameron

Almost a third of Australians perceived some form of age-related discrimination while employed or looking for work in the last 12 months – starting as early as 45 years of age, our study finds.

We conducted a national survey of 2,100 men and women aged 45 years and over, and 100 telephone interviews. The most common form of perceived discrimination was negative assumptions about older workers’ skills, learning abilities or cognition.

Survey participants also reported limited or no opportunities for promotion or training, working in an organisation that undervalued them and difficulty securing work due to age.

Our findings align with previous research from the Australian Human Rights Commission where 27% of Australians aged 50 years and over had recent experience of age-based discrimination in the workplace. In this survey the most common forms were limited employment, promotion or training opportunities and perceptions that older people have outdated skills or are too slow to learn new things.

Older adults in our study described a subtle pressure from their colleagues and management to stop working in order to “make room for the younger generation”. This was regardless of their experience, enduring capabilities or working preferences.

Workers also faced patronising attitudes, where employers or colleagues assumed they would struggle to pick up new technology or work systems quickly, due to their age. Some survey participants felt they were not afforded the same promotional or training opportunities as their younger colleagues.

Experiences differed for men and women in our survey. Men were more likely to suggest discrimination based on assumptions about their physical abilities or working pace, and women reported the organisation they worked for undervaluing older workers as a group.

To avoid discrimination interviewees reported using strategies such as minimising health conditions, concealing their age or maintaining a “youthful” appearance.

Although there has been some research into industry specific experiences of age discrimination, there are limited comparisons in research of prevalence and type of discrimination between industries.

Hiring and firing of older workers

Over two thirds of retirees in our study, who had experienced age related discrimination, attributed their retirement to involuntary factors such as “having no choice”, redundancy or dismissal. Negative experiences at work (with a colleague, management or client) or dissatisfaction with organisational changes were often the trigger events for retirement. 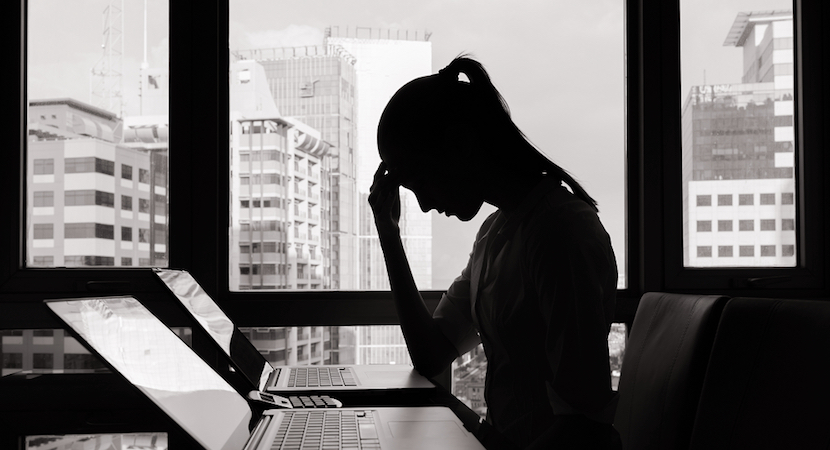 Older job seekers reported being candidly or surreptitiously rejected through recruitment processes on the basis of age alone. Education, training and a steady working history were not guaranteed to help study participants in their search for employment.

Some interviewees had found it necessary to accept work for which they felt overqualified. Job seeker services in particular were considered ill-equipped to assist older, highly experienced and often well-educated adults.

These findings are in line with similar research in which study participants interpreted suggestions from potential employees that they were over qualified or experienced for a role, to mean they were “too old”.

Our interviewees believed that younger managers can feel intimidated by older workers. This may be based on concerns regarding an older employee’s ability to take instruction from somebody younger, learn new work methods and technologies or readily adopt change.

Why we should fight age discrimination

Beyond the moral and ethical issues of how older adults are treated, the experiences recorded in our study can have tangible implications for individuals and employers.

The government is trying to reduce dependency on the aged care pension by encouraging workers to stay in the workforce longer and accumulate sufficient superannuation (and other assets). Employment in high quality work can support and protect the health of men and women as they age.

But adults who feel devalued in their workplace, or unable to find suitable employment, are more likely to enter retirement earlier than anticipated and less inclined to re-enter the workforce.

Our survey results also suggest that people experiencing work-related ageism tend to report poorer health, lower household incomes and lower total superannuation fund balances, than those who have not had this experience.

Mature aged workers bring with them a range of favourable characteristics such as stability, reliability, loyalty, experience, wisdom and maturity. One way to tackle work related ageism is to firstly address negative perceptions regarding the competency of older workers.

This may be best addressed by employment services and human resource staff who are often on the front line of helping these workers find suitable employment. These workers can be skilled to respond to the needs of mature age job seekers. The introduction or reinforcement of policies supporting diversity in the workplace is another important step to support older worker participation.

*Justine Irving, Researcher older workers, retirement and ageism, University of South Australia. This article was originally published on The Conversation.