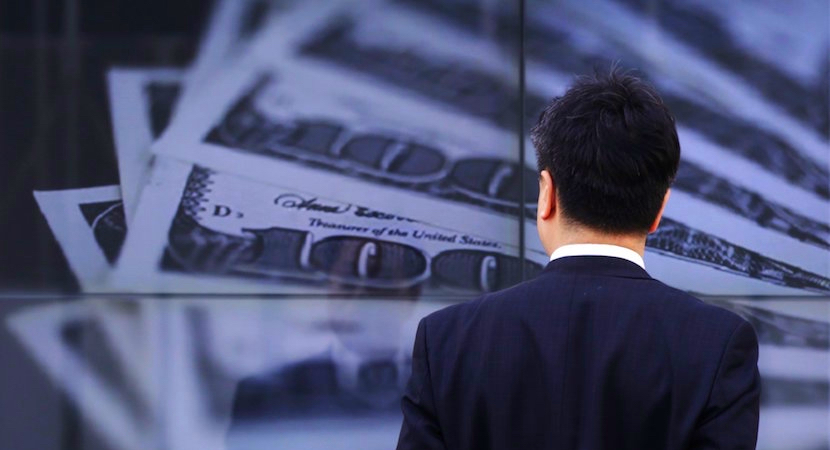 Traders in emerging market currencies are bracing for a possible end to the winning streak, with analysts cautioning that May is historically tough for investors. There is that well-worn investment adage to “sell in May and go away” until some time around October, or the Curious Curse of May, at the forefront of conversations. Large financial services companies like Credit Suisse and Citigroup haven’t identified a specific reason for emerging market currencies faltering every May for six of the past seven years, though tactical profit-taking makes sense following several months in which investors have built up long positions. Currencies flagged as at risk with weaker commodity prices include the South African rand. May is usually a strong month for the dollar. – Jackie Cameron

By Lilian Karunungan and Yumi Teso

Blame dividend payments, weddings in India, or simply plain profit-taking. Developing-nation currencies could be in for a rough month in May, if history is any guide.

The MSCI Emerging Markets Currency Index has fallen in May in the six of the past seven years, a seasonal quirk that’s prompted Citigroup Inc. and Credit Suisse Group AG to warn investors that the gauge’s five-month winning streak may be coming to an end.

“A particular challenge with this observation is that no fundamental economic driver exists,” said Ray Farris, Credit Suisse’s head of fixed-income research and economics for Asia Pacific in Singapore. “The industry spends the first four months of the year building long positions in an effort to generate returns for the new year. This creates a vulnerability to a negative surprise.”

It’s more than just coincidence, too. May is usually the peak month for dividend payments to offshore investors in Thai and Indonesia companies, pressuring their currencies to weaken, according to Masakatsu Fukaya, an emerging-market trader at Mizuho Bank Ltd. in Tokyo.

In India, a seasonal increase in gold purchases in May also seems to drive the rupee down, he said. The boost in demand for the precious metal comes as Indians celebrate Akshaya Tritiya, a Hindu bullion-buying festival that happens in late April or early May. The period is also considered auspicious for marriages, where gold is bought as part of the bridal dowry or gifted in the form of jewelry by relatives.

While Citigroup remains bullish on the outlook for emerging-market currencies, “tactical profit-taking” makes sense going into May, strategists including New York-based Dirk Willer and Kenneth Lam wrote in a weekly report dated April 20. The Brazilian real and the Chilean peso are vulnerable in part because short-term funds have long positions in these currencies, the U.S. lender said.

Weakening commodity prices also pose risks for the two South American currencies, as well as for South Africa’s rand, Citigroup’s Lam said in an email. Brazil and South Africa are both major producers of iron ore, while Chile is the world’s largest copper producer.

May is usually a strong month for the U.S. dollar and a negative one for commodities, as well as high-yield bonds from countries including Turkey and South Africa, Citigroup said in a note released Thursday. Caution is warranted in the high yielders after big inflows this year, they wrote.

For Credit Suisse’s Farris, potential triggers for a May correction could be a market-unfriendly outcome in the French election or higher-than-expected inflation or wage data that create expectations for faster policy tightening from major central banks. Other catalysts could be geopolitical risks surrounding Syria and North Korea as well as a sudden bout of U.S. protectionism that may provoke a trade war, he said.

Based on historical patterns, the dollar would need to weaken against G-10 currencies for the developing-nation rally to persist, Jason Daw, head of emerging-market currency strategy at Societe Generale SA in Singapore, wrote in a note Thursday. The gains in developing Asia are overdone as a rebound in exports is likely to fade, Khoon Goh, head of Asia research at Australia & New Zealand Banking Group Ltd. in Singapore said in a note the same day.

“The market does pay attention to this seasonality,” said Mizuho’s Fukaya. “Any currency that surges in April may decline more in May.” The Philippine peso and the Indian rupee are struggling to rally further, while the rand has suffered significant downward pressure in May in the past, he said.