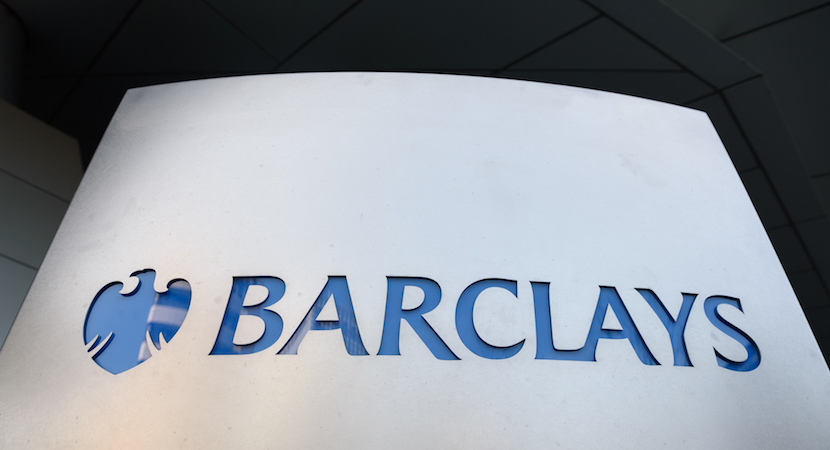 EDINBURGH — After living the high life, four former executives of global bank Barclays could spent significant chunks of their lives in jail. The former Barclays executives, dubbed the Barclays Four in the British media, are to go on trial in connection with a deal that enabled them to rescue the bank by tapping funds in Qatar instead of UK tax coffers. The devil is in the detail, with the way they did this deal problematic – rather than the outcome of their corporate manoeuvre. In a move that has sent ripples of astonishment across London banking circles, the Serious Fraud Office has accused former chief executive John Varley, former investment banking chief Roger Jenkins, former wealth management chief Thomas Kalaris, all 61, and former European boss Richard Boath, 58, of fraud. They are expected to face Westminster magistrates next month. Leonid Bershidsky says moving in on the Barclays Four appears to be strange justice. He explains why, in this Bloomberg View – Jackie Cameron

Bloomberg View — It was surprising that, until Tuesday, no top executives from too-big-to-fail banks in the U.S. or the U.K. had been charged with any crimes related to the 2008 financial crisis. It is ironic that the only ones to be charged today are the former top managers of Barclays — a team that avoided a government bailout and saved the bank at no cost to the taxpayer.

It seems it is not what they did — it’s how they allegedly did it, according to U.K. prosecutors. The terms of Barclays’ side deals with Qatar, which bailed out the bank, were allegedly illegal. At a time when Qatar is being boycotted by its neighbors, this has implications for the Gulf state as well as for Barclays.

In the summer and fall of 2008, I worked for a Russian investment bank that ended up being bailed out by the state-owned railroad monopoly. The whole management team, including myself, had to give up our shares in the bank. The founder and chief executive officer gave up almost all the assets he owned outside the bank, too. We left under a cloud. We had had no choice after failing to find a private savior. But a dealmaker at Barclays named Roger Jenkins, who was chairman of investment banking for the Middle East, was in a far better position: The year before, he had been introduced to the Qatari prime minister. And, as anybody who was a banker in 2008 should remember, only the governments and the Gulf sheikhs had any money in those days.

Barclays faced a choice: sell a stake to the government — U.K. banks Royal Bank of Scotland, Lloyds TSB and HBOS chose this path — or try to tap Gulf investors. Given what happened to us under the quasi-government bailout, I can understand why the latter option was preferable. And Barclays managed it, raising 6.1 billion pounds ($7.7. billion at the current exchange rate) in two separate deals from Qatar (mostly its sovereign wealth fund) and additional funding from the emirate of Abu Dhabi.

Having avoided nationalization and collapse, the bank proceeded to clean up its balance sheet, shrink its assets and costs considerably, and grow its market capitalization to about three times what it was worth at the end of 2008.

Barclays and four former executives have been charged with fraud over their actions in the 2008 financial crisis. https://t.co/pZuBUYYvsL pic.twitter.com/NeiLRmPWgz

The U.K. Serious Fraud Office has charged the bankers and Barclays itself with fraud for paying, and not properly disclosing, large consulting fees to a subsidiary of the Qatar sovereign fund, presumably for arranging the investment, and for loaning $3 billion to Qatar weeks after it received the funding. That can be construed, according to prosecutors, as a fraudulent capital increase, with the Qataris serving as intermediaries in Barclays’ scheme designed so it could lend money to itself.

I wish we could have done such a deal in 2008. It was a win-win exercise. The bank was saved and went on to sanitize itself without government help or a haircut to its shareholders and creditors. (It should be remembered that the U.K. taxpayer is still tens of billions of pounds in the hole from the bank rescues, with only the Lloyds exercise resulting in a small gain for the government). Qataris made money on the deal.

Ah, but the U.K. regulators and Barclays’ board were apparently allegedly deceived in 2008! If so, one might think that ‎they should be glad if they were — they had lots of other things to worry about as the world was crashing around them.

That, of course, is not how criminal justice works. It stands on written rules, and it gets those it can get. But from a common-sense perspective, it may well be argued that it’s simply not just or fair to single out the Barclays team, including Jenkins and former chief executive officer John Varley, as the leading criminals of 2008.

The fallout won’t be limited to a likely costly settlement for Barclays and protracted legal battles for its former managers. Though Barclays’ Middle Eastern investors haven’t been charged, the scandal also deals a blow to the Qatari royal family as an international investor.

It’s a savvy, picky one: Recently, Qatar turned down an opportunity to bail out Italy’s Monte dei Paschi bank, which now faces a government bailout. When Qataris go into a deal, they bargain hard and walk some thin legal lines with a combination of boldness and financial caution. The Barclays deals and the murky 2016 privatization of a 19.5 percent stake in Russia’s biggest oil company, Rosneft, in which Qatar put up most of the cash, are examples of the complex transactions the emirate likes doing. Are such deals now turning toxic in the U.K. just as Qatar is ostracized by other Arab nations for allegedly financing terrorists throughout the Middle East? Is the U.K. sending the right signal to an investor that owns vast amounts of real estate in London and that has put a total of $50 billion in the U.K.? At the very least, it’s a big shift from earlier this year, when International Trade Secretary Liam Fox described Qatar as “part of the fabric of our nation.”

For all these reasons, I find it hard to celebrate the first 2008-related charges against top bankers. Apart from coming almost a decade after the fact, they may target the wrong people and potentially punish the kind of ingenuity that is sometimes necessary to save a large business without government help — and that may be required for the U.K. to lessen the economic pain of Brexit.