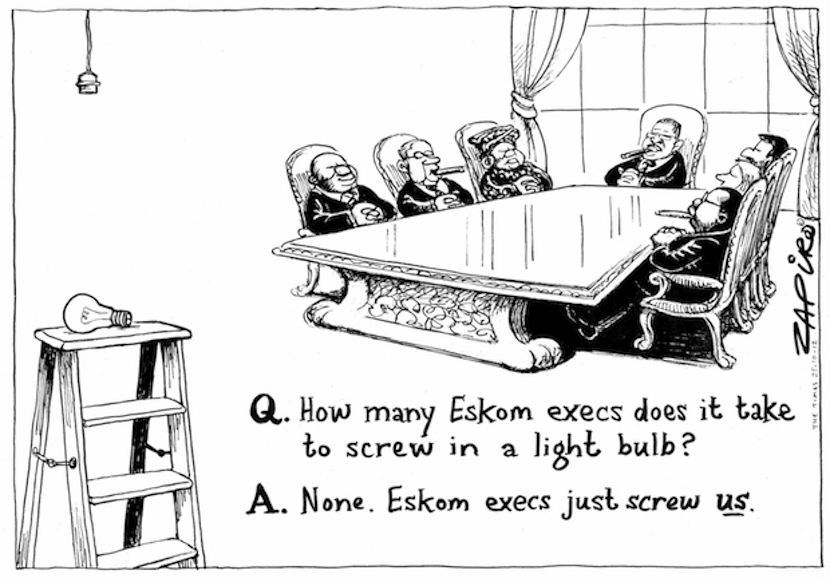 EDINBURGH — Global consultancy McKinsey distanced itself from the Gupta-Zuma scandal that has erupted in South Africa, but there are fresh indications that it has generated huge sums on the back of corruption. This week, the opposition Democratic Alliance (DA) party highlighted the role of McKinsey in a massive R1,6bn lie involving power utility Eskom. Last month McKinsey said it had no reason to notify US authorities of its possible links to corrupt activities in a foreign jurisdiction. The DA has been aggressively pursuing global companies that have benefited from their role in graft involving President Jacob Zuma and his associates. Recently the DA won a victory against London-headquartered Bell Pottinger, a public relations firm that incited racial violence in order to further the interests of the Zuma-Gupta clique and was effectively paid from the proceeds of corruption. Bell Pottinger faces censure by a UK industry body in connection with its activities in South Africa. Now it looks like the DA is getting its proverbial teeth into McKinsey. – Jackie Cameron

Global consultancy McKinsey has passed the buck for financial irregularities involving Gupta family entities to its employee Vikas Sagar, effectively suggesting he was a maverick who acted alone in an isolated matter.

Evidence is growing that McKinsey has had more than a bit part in the state capture scandal that has engulfed South Africa and reaches to the highest echelons of government, public enterprises and business.

The Democratic Alliance (DA), an opposition party, issued a media release in which it noted a sudden U-turn by power utility Eskom” after it initially claimed that the R1.6bn paid to the Gupta-linked Trillian and McKinsey was above board back in June this year”.

McKinsey bosses could easily find themselves being questioned in Parliament at an upcoming inquiry into corruption and state capture involving Eskom.

“The fact is that Eskom defended these payments and stated that everything was above board following an investigation by global consultancy, Oliver Wyman, in June,” said the DA.

“It has now been revealed that Oliver Wyman not only warned against the approval of these payments, but had actually red flagged these payments, stating that Eskom needed to conduct a legal review of all contracts.

“The DA will write to the Acting Public Enterprises Committee Chairperson, Ms Zukiswa Ranthoto, to ask that she urgently ensure Eskom hands over the report by Oliver Wyman to Parliament for scrutiny. It is now apparent that Eskom procured the services of Oliver Wyman. Yet, when the advice was not in favour of the Guptas, they blatantly chose to ignore it,” said the DA.

“It is unacceptable that Eskom thought they could get away with this lie for so long.

“The DA will ensure that all those responsible for this will be held to account at Parliament’s upcoming Eskom Inquiry,” added the DA.

There is an appetite in South Africa to see individuals brought to book in connection with Zuma-Gupta scandals that have played a role in putting a lid on economic and employment growth.

Said Callie Cilliers of the news on BizNews that McKinsey is caught up in a massive R1,6bn lie: “So sick and tired to read about this. When will we see people being arrested and charged with this looting?”

BizNews visitor Bob agreed: “Someone, or perhaps the whole gang – top down – need to be arrested for this fraud, tried and jailed!”

In July McKinsey & Co indicated that it was reviewing hundreds of thousands of documents related any interactions with Trillian Capital Partners Ltd., a company linked to friends of President Zuma.

Eskom interim Chairman Zethembe Khoza said at the time that Trillian worked for McKinsey as a subcontractor, which McKinsey denies.

The investigation “involves a detailed review of our client interactions and work at Eskom since 2012” and interactions with supply-development partners over the past three years,” McKinsey told Bloomberg in an emailed response to questions. Law firm Norton Rose Fulbright has helping with the probe.

“The Guptas, who are in business with one of Zuma’s sons, have been at the center of allegations of so-called state capture and undue influence over government institutions. In November, South Africa’s anti-graft ombudsman published a report saying Zuma and some ministers may have breached the government’s code of ethics in their relationship with the family,” said Bloomberg.

A July report into allegations against Trillian by a leading advocate showed the company submitted an invoice for R30m to Eskom Chief Financial Officer Anoj Singh in April last year, which was paid the same day, noted the news service

Salim Essa, a business associate of the Guptas, has sold his stake in Trillian, Bloomberg reported.

“McKinsey, which ended its work with Eskom by mutual agreement on July 10, said that all payments to Trillian were paid directly by the utility. The consultancy also hasn’t discovered anything that would require notification of U.S. authorities,” said Bloomberg.