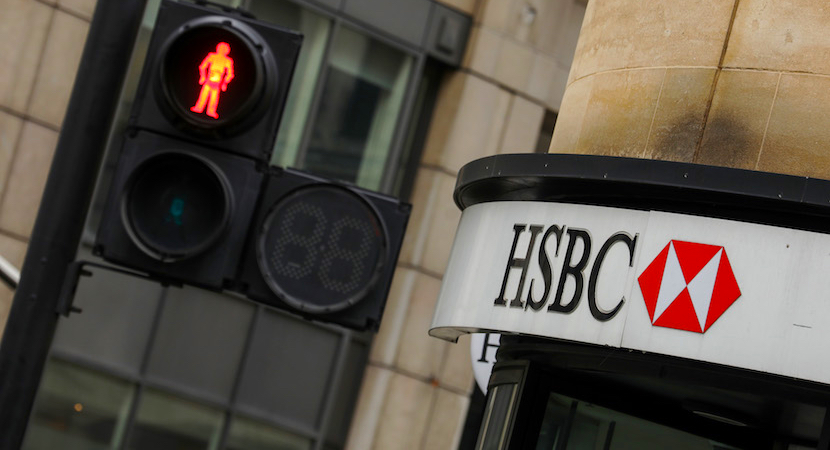 EDINBURGH — HSBC has weeks to go before it gets away with laundering hundreds of millions of dollars for a Mexican crime syndicate linked to thousands of deaths and disappearances. In 2012 HSBC was fined a record $1.9bn – less than five weeks’ income for HSBC’s American subsidiary. Allegations that it has aided and abetted the Gupta family by facilitating fund transfers could play into a deferred prosecution agreement in the US. The deal with US authorities has only a few weeks to go before it expires. Many South Africans dismayed by the deterioration of the country amid rampant corruption have pinned their hopes on US action against HSBC and other international enablers of graft in SA. With the Gupta-cursed Zuma administration having ‘captured’ law enforcement agencies, international action is seen as the only way to wrestle back control of the country from gangsters. – Jackie Cameron

Read more: Paul O’Sullivan blows his cover: Why I helped Jacques Pauw – and you should fight Zupta, too

HSBC, one of the UK’s largest banks, has been playing a high-stakes game by facilitating money transfers for the Gupta family.

This is the stark warning in the Financial Times, a respected London-headquartered global financial newspaper.

It explains that HSBC has less than a month left before a deferred prosecution agreement with the US authorities expires.

The role of HSBC in moneylaundering for the Guptas, if the allegations by Lord Peter Hain are true, could have a bearing on the criminal case in which HSBC escaped criminal charges for alleged moneylaundering in Mexico and sanction breaches in Iran expires.

The FT backs Lord Hain, a British politician with South African roots who has been campaigning for justice in South Africa since the apartheid era.

“Lord Hain is right to call for an investigation. As he points out, there have been no criminal prosecutions for money laundering by financial institutions in the UK. We have seen these kinds of infractions before – in the recent past.

“If it becomes clear that HSBC or any other bank has not changed its ways, they deserve to feel the full force of the law. Holding global institutions to account is a crucial way to protect sovereign states from corrupt networks.

“Those who would prey on weak states should not be allowed to have the last laugh,” said the FT in an editorial.

Lord Hain has asked the UK Treasury to seek a criminal investigation into HSBC over allegations of illicit transfers of funds. The allegations were made between 2014 and 2016 – “long after the media had flagged up the Guptas harnessing of state resources for private gain, helped by close ties with the Zuma administration”.

Standard Chartered has also been in the spotlight. It says it flagged Gupta accounts to regulators in 2013 and closed them down in 2014.

The FT highlights the role of “international enablers” in corruption that has enveloped South Africa.

It points to global firm Bell Pottinger – a public relations company that collapsed amid the South African scandal. HSBC was a Bell Pottinger client.

Global consultancies McKinsey and KPMG are also in the spotlight.

The FT says Gupta-cursed KPMG is “struggling to keep its South African business alive” while McKinsey is squirming.