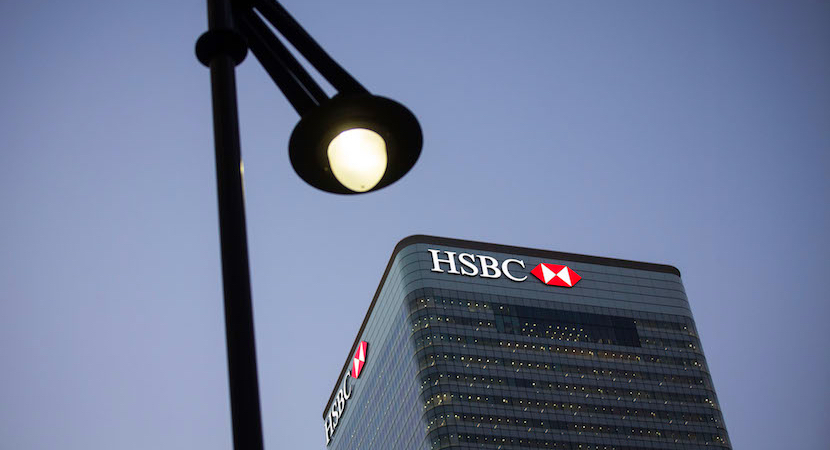 EDINBURGH — Global graft enabler HSBC has finally started to move to distance itself from the Gupta family. This, no doubt, is because UK and European authorities are taking a closer look at its culture and practices. HSBC has form. It was exposed in 2012 for money laundering on an industrial scale for a Mexican drug cartel, and has lived with a deferred prosecution until recently. UK politician Lord Peter Hain blew the whistle on HSBC’s involvement in the Zuma-Gupta state capture strategy, which includes getting funds out of South Africa and washing them through global banking systems. HSBC has claimed in an interview with Bloomberg that it didn’t actively look for Gupta business, effectively implying that the Gupta family hoodwinked it. With a history of facilitating money laundering, at best the Gupta scandal has exposed HSBC for turning a blind eye to corruption and having faulty graft detection systems. – Jackie Cameron

By Franz Wild and Ambereen Choudhury

HSBC Holdings Plc is shutting accounts associated with the powerful Gupta family as it assesses its exposure to the scandal gripping South Africa.

The bank is conducting a wide-ranging review of any possible involvement in suspicious transactions, with the assistance of external investigators, people with knowledge of the matter said. HSBC first closed accounts held by companies linked to the Gupta family in 2014 after internal compliance procedures picked up transactions that couldn’t be explained as legitimate business, the people said, asking not to be identified discussing a matter that isn’t public. Banks are required to report any transactions they suspect may be related to illicit activities.

“Any exposure that we had to the Guptas’ companies was inadvertent,” HSBC said in an emailed statement to Bloomberg News on Monday. “For the past couple of years, we have been in the process of identifying what there is and shutting it down.”

U.K. regulators last month said they are looking into whether HSBC and Standard Chartered Plc facilitated money-laundering as a result of possible ties to the Gupta family after a British politician warned illicit funds may have passed through the United Arab Emirates and Hong Kong, where the banks have had large footprints.

The scandal around the Indian-born Gupta brothers, their business connections with the family of President Jacob Zuma and their alleged ability to direct state tenders have rocked South Africa’s government. Zuma and the Guptas have consistently denied any wrongdoing. Software giant SAP SE, accountancy KPMG, and management consultants McKinsey & Co. are among the major international brands that have been drawn into the saga because of their dealings with entities linked to the Guptas.

HSBC London turns out to be the channel for R5 billion of Gupta illegal money laundering from SA. Shocking how bankers,lawyers, auditors,politicians&accountants have joined forces in plundering the public funds in the country.Shame on them all.Need to pay back with heavy penalty.

Last year, Pravin Gordhan, South Africa’s finance minister at the time, said in a court affidavit that since 2012 banks had reported 6.8 billion rand ($476 million) in suspicious payments made by the three Gupta brothers, companies they control and other individuals with the same surname. Information on the Guptas’ connections has accumulated over the years, with a major leak of their data in June revealing the depth of their dealings with state and private companies.

The bank’s senior management is aware of the issue and is dealing with the matter, the people said.

Peter Hain, a Labour Party member of the House of Lords, asked U.K. authorities in a speech in parliament to probe an unnamed British bank for “possible criminal complicity,” after it allegedly failed to take action on internal concerns about suspicious transactions related to the Guptas. HSBC is the bank, according to two people with knowledge of the allegations.

In December 2012, HSBC agreed to pay a $1.9 billion fine to settle U.S. allegations it had facilitated money laundering and sanctions evasion by clients. It has also been under the supervision of an external monitor since then as part of the settlement. The bank says it has improved its in-house controls as was required under the agreement, including building a team of 6,000 financial crimes specialists.