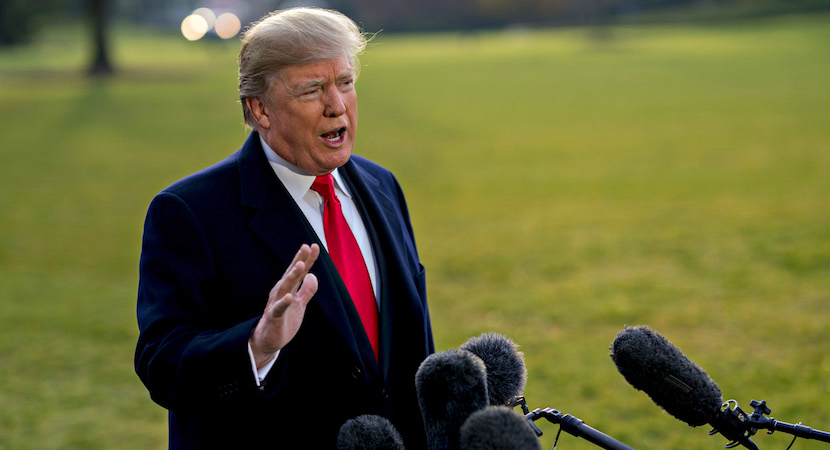 EDINBURGH — A divided America is divided on tax, writes BizNews contributor Barry Wood following a massive chop to the US corporate tax rate. On the surface, the change seems designed to boost growth. But critics argue that corporate America is already paying too little tax, which in turn means companies have money to burn – on share buy-backs and other activities that benefit well-heeled executives. The news that Trump received approval from the Senate for tax reforms pushed Wall Street stocks upwards. Some economists have revised growth forecasts for the US upwards to close to 3% for 2018, with a cut in corporation tax from 35% to 20% believed to be an incentive for US corporations to repatriate profits they have stockpiled overseas, reports the Guardian. – Jackie Cameron

As with the Affordable Care Act seven years ago, votes in the senate and house were along party lines with all Democrats opposed. It’s a mirror image of 2010 when a Democrat occupied the White House and not one Republican voted for Obama Care.

What about the merits? Republicans say cutting the corporate tax rate from 35 to around 20% will boost investment, employment and economic growth. Democrats disagree. Chuck Schumer, the Democratic leader in the senate calls the tax bill a “monstrosity that only benefits the wealthy.” Elizabeth Warren says it is “a giant tax break to the rich that leaves everyone else holding the bag.” Contrary to those claims, bond fund manager Jeffrey Gundlach says the wealthy in California, like himself, will be paying more.

Will middle class taxes come down and wages go up? Again, there are opposite projections. Republican leader Mitch McConnell says an average family of four will see taxes reduced by $2,200. Harvard professor Martin Feldstein, a tax cut proponent, says resulting higher growth will boost household income by $4,000 over the next decade. On the other side Reed College tax expert Kimberly Clausing tells the New York Times the tax bill isn’t about workers, “it’s about giving shareholders and businesses lower taxes and merely hoping benefits trickle down.”

Since the Republican plan is primarily a business tax cut, what do corporate leaders say? Randall Stephenson, the head of AT&T, promises to invest $1 billion in the US in 2018. He says the measure “will stimulate investment, job creation and economic growth.” Jamie Dimon of JP Morgan Chase, the country’s biggest bank, is also an enthusiast, saying it will boost gross domestic product, “make the US competitive in the world,” and prompt companies to bring the billions stashed overseas home.

Like congress and the country, business is divided. John Bogle, founder of index mutual funds and at 88 still influential at Vanguard, says the tax cut won’t impact investment. Bogle calls the tax measure “an abomination.” In a talk at the Council on Foreign Relations, Bogle said “companies are making so much money now they don’t know what to do with it. They aren’t investing in plant and equipment…they’re buying back their own stock.” With corporate profits at record highs, why, asks Bogle, should corporate taxes be cut? It would have been better, he says, to have only cut taxes on workers, whose wages have stagnated for 15 years.

The heads of Starbucks and Black Rock agree that tax cuts aren’t needed, a sentiment shared by the sage of Omaha, Warren Buffett. Lloyd Blankfein of Goldman Sachs says with the economy at nearly full employment and growth approaching 3%, “now is not the best time for tax cuts.”

Economics commentator Larry Kudlow, a veteran of the Reagan administration. praises the senate and house versions, which he believes will be easily reconciled. The tax code will be simplified, the standard deduction doubled. Kudlow says the cut in corporate taxes “will trigger an investment boom, creating jobs and elevating today’s sluggish 2+% growth to three, four, or even five percent.”

Dimon of JP Morgan Chase agrees, telling the Economic Club of Chicago that corporations will invest and “we know for sure that investment drives productivity, jobs and wages.”

Other commentators disagree. Martin Wolf, the respected columnist at the Financial Times, calls the Republican tax measure “a determined effort to shift resources from the bottom, middle and even upper middle of the US income distribution to the very top.” 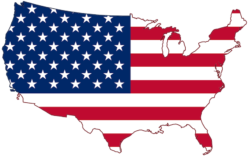 Will the middle class or the rich benefit most? Much depends on how the 479-page senate measure is reconciled with the house version.

No matter its final shape, the initial impact of the tax measure should be known within the next 12 months, in time for voters to make their views known in the 2018 mid-terms. If growth holds up and accelerates to three percent, if the huge rally in stock prices persists the Republicans and Trump may be vindicated. If the economy falters or popular spending programs are curtailed to contain a runaway deficit, Democrats are likely to be rewarded.

Larry Kudlow is right in saying the stakes are high. He believes that without the tax cuts, Trump’s sole legislative success this year, the Republicans would lose control of Congress in 2018.  With it, he says, they may even pick up seats.

As the new year progresses, we’ll find out who’s right. #