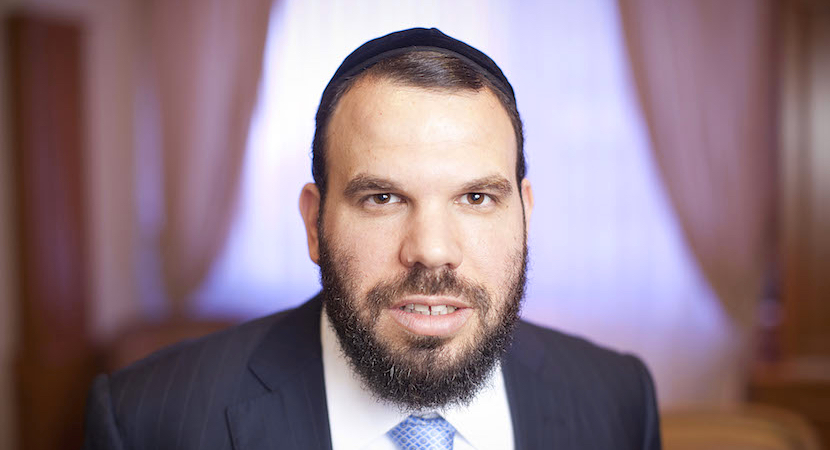 EDINBURGH — Global Witness is an independent, not-for-profit team of journalists who campaign against corruption. In its sights since at least 2012 is Glencore, in particular for its role in the Democratic Republic of Congo (DRC). Global Witness has produced several reports alleging that commodities trader Glencore enriched Dan Gertler, a friend of the DRC president, by tens of millions of dollars and protected his interests as it gained control of one of Africa’s biggest copper miners. The Panama Papers, a massive database leaked from large offshore law firm Mossack Fonseca, have provided additional fodder for Global Witness. Meanwhile, British authorities have been working on building a criminal case against Gertler and the US has imposed sanctions on him. Gertler seems unfazed: he is still living the life of Riley and remains loyal to his DRC contacts. Glencore remains entangled with Gertler. – Jackie Cameron

Bloomberg – A 20-year friendship that helped turn Dan Gertler into a billionaire has left the Israeli businessman with a lot fewer places to go.

The U.S. government accused Gertler of corrupt mining and oil deals in the Democratic Republic of Congo and said he acted as a middle-man to enrich his longtime buddy, President Joseph Kabila. The two have been close since Gertler arrived as a young diamond merchant during a civil war in 1997, and Congo — one of Africa’s poorest countries — is the main source of his wealth.

“Most of my business is in the Congo and my faith is in the Congo,” Gertler, 44, said in a rare interview on Dec. 21, just hours before the U.S. government imposed economic sanctions against him.

At the time, he remained defiantly optimistic about his businesses even as he was being singled out by American and British investigators conducting prolonged bribery and corruption probes related to some of his Congo deals. “I am a strong believer in the future of the Congo,” he said. But doing anything inside and out of Africa has gotten a lot harder for him in the past two months.

Sanctions have shut Gertler out of the American financial system, halting access to the dollars that are the main currency used in Congo and in global raw-material deals. U.S. companies are banned from doing business with him. Former partners are distancing themselves.

“All our payments have ceased forthwith,” said Mark Bristow, the chief executive officer of Randgold Resources Ltd., which has a gold exploration project with Gertler’s Fleurette Group in northeast Congo. “We’ve got U.S. directors, and we are listed on the Nasdaq. We cannot entertain doing business and transacting in any form.”

To be sure, Congo’s government stands by Gertler, who still holds mineral and oil rights in the country and funds education and health centers.

The sanctions are “unjust,” Albert Yuma, chairman of Congo’s state-owned mining company, Gecamines, said during an interview in Cape Town, South Africa. Gecamines was a key counterparty in many of Gertler’s most lucrative copper deals. Gertler is being targeted because of the West’s deteriorating relations with Kabila, Yuma said.

And then there is Glencore Plc, the global commodity trader that was once Gertler’s most important partner in Congo. Though Glencore bought his share in their two joint-venture mines last February, it is still required to pay Gertler royalties he acquired from Gecamines in earlier deals. Brussels-based Resource Matters estimates he would receive almost $200 million over the next two years.

“Randgold appears to be taking steps to end the relationship, but will Glencore?” the advocacy group Global Witness said Sunday.

While the Swiss company pledged to honor the sanctions, it says it is still reviewing its contractual obligations and if it will continue to make the payments.

“We’ve got to follow the correct procedures and we’ll come to the right conclusions,” said Ivan Glasenberg, the chief executive officer.

Peter Grauer, the chairman of Bloomberg LP, the parent of Bloomberg News, is a senior independent non-executive director at Glencore.

Gertler has declined requests by Bloomberg for comment since the sanctions were imposed. But even before then, he said he was being unfairly targeted.

In 2016, U.S. court documents alleged Gertler channeled more than $100 million in bribes to Congolese officials on behalf of New York hedge fund Och-Ziff Capital Management LP, which paid $413 million to settle federal charges. Gertler was never charged. Separately, the U.K.’s Serious Fraud Office is investigating the 2010 to 2012 acquisitions of some Congo mines by Eurasian National Resources Corp. from Gertler, who had obtained them from the government at what Global Witness alleges were below-market prices.

Gertler denies paying bribes in Congo to secure mining deals and insists his success reflects a long-standing friendship with the country’s 46-year-old president and a track record for delivering results. Gertler credits himself for bringing more than $7 billion of foreign direct investment to Congo, creating thousands of jobs and helping to make the country Africa’s biggest copper producer.

“We started to invest in the early days — when nobody else wanted to invest, when the country was at war, when the copper and cobalt prices were at the bottom,” Gertler said in the interview on the 12th floor of an office building in Tel Aviv where his grandfather founded a diamond exchange 70 years ago.

Over the years, he became a kind of gatekeeper. His office — which doubles as a Congolese diplomatic post according to a sign on the door — includes pictures of Gertler and Kabila together in their 20s and aerial shots of the mine he built with Glencore.

Glencore was his biggest partner, and the two became synonymous in Congo. It was a relationship Gertler says he managed directly with Glasenberg. Between 2007 and 2017, the pair participated in more than a dozen transactions involving Congolese assets that turned Glencore into the world’s third-largest copper producer and No. 1 in cobalt. They also helped Gertler accumulate more than $2 billion in wealth, according to data compiled by Bloomberg. Glencore’s businesses operate on six continents and involve more than 90 different commodities.

“The difference between Glencore and me: Glencore has many Congos, I have one,” Gertler said. “I have one country, one focus.”

Diplomats have counseled Gertler that distancing himself from Kabila could help reduce the focus on his activities, advice that he says he will continue to reject.

Kabila was due to step down in 2016 when his term expired, but he has held on to power and the job he took in 2001 after his father was assassinated. Over the past 18 months, the U.S. has sanctioned five Congolese officials, including the head of its intelligence agency, for human-rights abuses and undermining democratic processes.

“Should I decide who are my friends because of the threat of investigation, pressure from Global Witness or public relations?” Gertler said, rising from his chair to stride the room. “Never!”

Today’s revelations in the Paradise Papers by the International Consortium of Investigative Journalists (ICIJ) lay out how the rich and powerful hide their business dealings through offshore tax havens. Among those in the spotlight, one corporate behemoth stands out: Glencore, a FTSE100 company that is the world’s biggest commodities trader.

The Paradise Papers reveal damning details of Glencore’s business deals in the Democratic Republic of Congo, where it owns two huge copper and cobalt mines. Confidential board minutes show that Dan Gertler, a notorious middleman in Congo, personally negotiated mining licences in favour of Katanga Mining – a company Glencore was in the process of taking over. Glencore pushed for Gertler to take on this role, and provided him with tens of millions of dollars in loans and options as a reward.

Billionaire Gertler has been central to all Glencore’s operations in Congo. He is a close friend of the Congolese President and linked to numerous mining bribery scandals. The latest revelations will add weight to calls for Glencore to face a bribery and corruption investigation into its business relationship with Gertler in Congo. Glencore and Gertler have denied any wrongdoing.

“Glencore is described as the biggest company you’ve never heard of – now it’s making headlines precisely because of the tools it uses to cover its tracks. It must explain to the world why it used a secret offshore company to pump millions of dollars to a controversial friend of the Congolese President linked to bribery scandals. The UK’s Serious Fraud Office must investigate,” said Daniel Balint-Kurti, Head of Investigations at Global Witness.

Global Witness has published reports on Glencore’s ties to Gertler since 2012, expressing concern over potential corruption. We have shown how Glencore funnelled more than half a billion dollars to offshore companies owned by Gertler, which allowed him to make at least US$67 million in risk-free profit. We also revealed how an opaque Glencore company in Bermuda loaned an equally secretive Gertler entity in the British Virgin Islands US$45 million, without revealing the loan publicly.

Now, leaked documents in the Paradise Papers show that Glencore provided this secret loan to Gertler in return for his handling mining negotiations with the Congolese government. The relationship with Gertler goes much further than Glencore has acknowledged in the past, and raises concerns over possible bribery. Last year a New York hedge fund settled with US authorities to the tune of US$412 million over bribery allegations, admitting that its partner in Congo, widely identified as Gertler, had bribed Congolese officials on its behalf.

Secret deals for valuable state-owned mines using offshore companies are a massive problem in Congo. Kofi Annan’s Africa Progress Panel has shown that the country lost out on an estimated US$1.4 billion through the secret sale of under-priced state-owned mines to BVI companies – that’s equivalent to twice Congo’s annual health and education budgets combined.

Glencore has consistently defended its partnership with Gertler, telling Global Witness that its deals with him have been “conducted on arm’s length terms” and are “entirely proper”. It said that its background checks on Gertler were “extensive and thorough”. Gertler’s lawyers said that allegations of bribery are “false and without any basis whatsoever” and rejected any suggestion of wrongdoing.