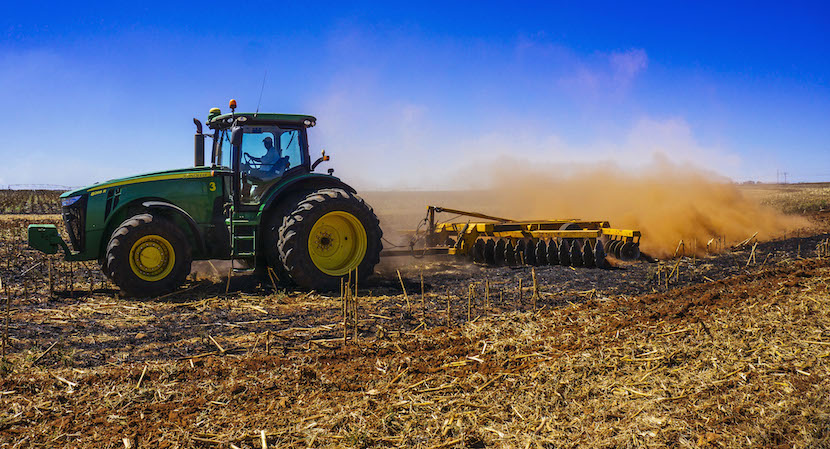 CAPE TOWN — Sifuna Imvula Bo! It’s a line from one of the sound-tracks in Bryce Courtney’s The Power of One, a powerful movie made from his international best-selling novel of growing up as an ambitious young Zulu-culture-influenced white boxer in racist South Africa. It also captures all the pain and angst of both peasant and commercial farmers in this country in a lyrical Zulu prayer for rain. Would that the song was more apt for the current crisis facing farmers in our country. The brief memo-like report below cryptically captures why agriculture is headed for a dismal drop as risk-averse farmers stop planting in anticipation of a predicted drought. Praying for rain is now pointless as there’s literally nothing in the ground to grow. One can hardly blame tightly stretched farmers for not risking depleting their cash reserves (in most cases taking heavy loans for seeds and planting) in the thin hope of a little rain falling. Brace yourselves for grain imports next year, with all the implications that holds for our struggling economy. – Chris Bateman

(Bloomberg) — The window for planting corn and soybeans in South Africa has passed, and with hardly anything planted in western growing areas because of drought, the likelihood of the need for imports increases, a grain farmers’ lobby group said.

“The probability of a repeat of the 2016 drought is increasing daily” Jannie de Villiers, the chief executive officer of Grain SA, said in an emailed statement Thursday. “Some of the scenarios we are facing look even grimmer than the previous drought. The financial position of most farming units in the production area are far worse than it was in 2016. The current grain prices are not high enough and thus do not favor nor encourage farmers to take a similar risk by planting beyond the optimum window, as they did in 2016.”

The country is Africa’s top corn producer but profitability has been squeezed as a record crop in 2016-17 that boosted stocks was followed by another good harvest this year. Farmers are coming under pressure because of dry conditions when they should be planting corn for the new season, Jacques Taylor, the head of sub-Saharan Africa at equipment-maker Deere & Co., said earlier this month.

Rainfall in 2015 was the lowest since records began in 1904 because of El Nino, with cities including Johannesburg recording their highest temperatures yet. Cape Town, among the continent’s top tourist destinations, is recovering from its worst drought that’s seen water rationing.