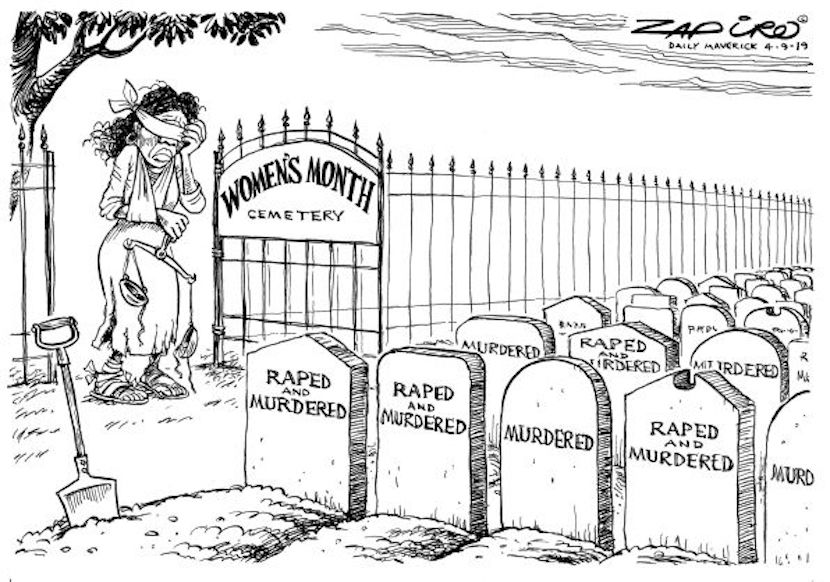 Socialist MPs in the UK and South Africa are currently so busy serving themselves in ongoing episodes of what would be deep satire were it not so dangerous for those who elected them, that it amounts to little more than odious flatulence. That sums up what Simon Lincoln Reader thinks of both these lots. Weaving some deadly serious commentary into his satire, he bemoans the concurrency of the xenophobia and women-abuse in South Africa, predicting the media coverage of the former will tragically outlast the latter, thanks in no small part to smarmy politicians. He singles out the EFF intently thumbing calls to end the violence against women onto their Twitter accounts while blatantly promoting it elsewhere, often singling out and denigrating troublesome women journalists. Not even Trevor Noah escapes his scorn for singling out apartheid and oppression as contributing to the xenophobia when we know that increasing joblessness over the past 25 years has way more to do with it. Sometimes you have to laugh in order to cry. – Chris Bateman

I was departing Lanai (population 3,100) when I heard about the chaos unfolding in Westminster. I walked past an English visitor, talking to his wife, having just logged on to the hotel wifi. “Richard Burgon,” the man replied when the former asked from whom he was quoting.

Richard Burgon. Labour MP and self-confessed socialist. Wearer of bad shoes and dishonest anti-Semite. Known for passing vicious wind in the House of Commons, possibly a result of being raised in Leeds curry houses. When you’re on a rock in the Pacific, over 7,000 miles from London, the name “Richard Burgon” is about as appropriate and welcome as a lecture being delivered on the subject of Norman Afzal Simons, the Station Strangler, in the burns unit of a local hospital.

“It’s getting lively,” the pink-ish fellow then shouted to his wife, “Phillip Lee’s only gone and crossed over to the Lib Dems”.

Its only lively, I thought, because I was until then convinced Phillip Lee was incapable of such base cowardice – to stand up in front of his colleagues and thus make good on a summer of threats – cross the floor to the right of the leader of the opposition, then sit down alongside increasingly deranged Liberal Democrat MPs taking queues from the maddest of them all, leader Jo Swinson.

After all this is a man of such delicate self-esteem that he gets his aides to publish fliers entitled “Phillip Lee: Great British Hero” whenever he seeks assurances. I imagine he has sought them frequently: as a remain campaigner, he is the MP of a constituency that registered a 70% vote to leave in 2016.

Take for example the incident involving then Minister of Small Business, Comrade uGinger, Lindiwe Zulu. Post a xenophobic attack she once suggested that to avoid being attacked, Somali and Bangladeshi shopkeepers should “share the secrets of their success” with their local counterparts. Individuals like this prospered during the nine wasted years, yet we claim we need to be asking questions of ourselves.

It is tragic that the incidents of women being raped and murdered and xenophobic attacks occurred, but it is even more tragic that they occurred simultaneously, as the prominence of one will surely outweigh the other in the coming days and weeks.

Even less helpful is the commentary: there was Julius Malema, who accused “white monopoly capital” of provoking these attacks by stealing, or having stolen, all the country’s resources.

But then there was Trevor Noah, whose office hours are ordinarily spent criticising the President of the United States, sometimes amusingly but most of the time not. Unlike Julius, Trevor didn’t allude to a race war, but he did hint that apartheid and oppression were responsible, the things that get blamed for everything – but also the things that supposedly nobody does or can do anything about, because xenophobic attacks are now frequent events. The victims of these attacks sigh when this sort of thing is said. Until the next time.

Could it be that there are other reasons behind these attacks, ones that we are too scared to discuss, because they would humiliate the political movements and overlords that claim to speak for the attackers when they are not attacking?

Once again, a shield has been wheeled out to diminish exposure. Local politicians, the hopelessly embarrassing Mbuyiseni Ndlozi and his leader Julius, furiously thumb demands to stop the violence into their phones – the same phones they use to agitate other acts of violence, unaware that they are wearing thin the convenience of blaming whites and apartheid.

But we’re too scared to speak the truth. Until we do, foreigners and women remain in great danger.