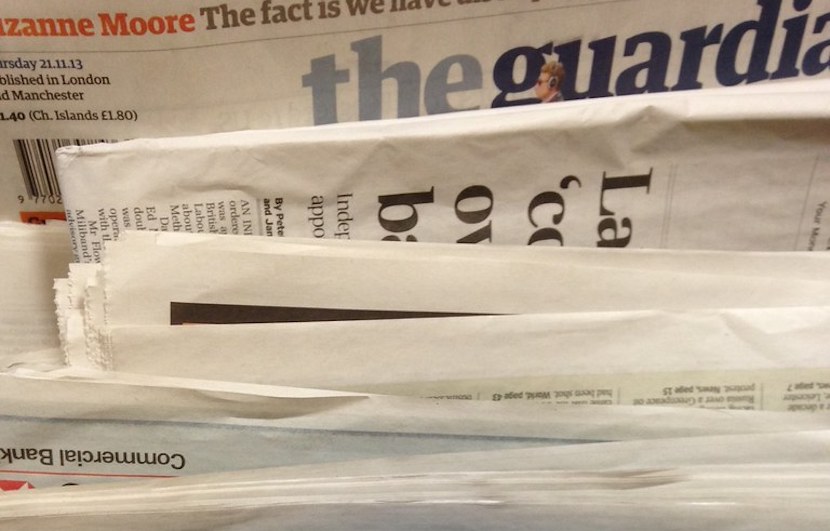 The death of common decency in London’s Labour-leaning Guardian when describing former Conservative Prime Minister David Cameron’s tragic loss of his disabled son, exceeded even Simon Lincoln Reader’s generous limits on free speech. One expects politicians to stoop low, but the Fourth Estate in a country steeped in centuries-old civility is surely held to a higher bar, regardless of its allegiances. Sticking to the theme of incongruity, SLR highlights the London opening of Margaret Atwood’s “The Testaments,” a sequel to the disturbing “Handmaids Tale,” now flighted as a TV series in South Africa. Once again, Attwood has allowed her imagination to run riot on what happens in a world were woman are formally subjugated to the status of breeding chattels, a patriarchal spectrum on which Donald Trump surely features. Except SLR questions the contribution to the feminist cause of holding the opening in liberal London and not Riyadh, (for example). Perhaps Attwood’s publishers don’t want to rock the boat – that much. I can picture a heated multi-disciplinary brain-storming pre-launch session at which the publishers outwit, outlast and outplay the publicists. Perhaps Attwood has reached saturation publicity, something the Guardian is surely helping David Cameron with. – Chris Bateman

Something happened in the last week that laid bare how we now live.

It wasn’t the orange trousers that former Goldman Sachs’ employee Sam Gyimah chose to wear the day he joined Liberal Democrats. It wasn’t Robert Mugabe’s funeral. It wasn’t the behaviour of the famously-cuckolded Speaker of the House of Commons – it wasn’t even the hostility sprayed upon Boris Johnson by Luxembourg, a, um, “country” less than a third of the size of Tshwane famed for its mature nudist caravan parks and techno saxophone.

It came from The Guardian. In an editorial on the subject of former Prime Minister David Cameron’s memoirs, the newspaper remarked that because he was who he was, the pain of the death of his severely disabled son Ivan in 2009 was diminished.

Note this was not the work of a single journalist or commentator, but rather the view of the newspaper, compiled by at least 3, maybe even 4 or 5 senior personnel there.

Neither an explanation nor an apology from editor-in-chief Katharine Viner features on her Twitter account. But you’ll find lots of stuff there about Greta Thunberg!

The Handmaid’s Tale, written by Canadian Margaret Atwood and published in 1985, owes much of its belated popularity to the success of an adapted television series.

The narrative of female subjugation, one of its leading cast members opined, is particularly relevant in the USA today – because, as you well know, Donald Trump forbids women there from skydiving, trading on the stock exchange, forces them to wear repressive clothing and, much to the envy of the Free State, commissions witchdoctors with the bedside manner of Bathabile Dlamini to shepherd hordes of young virgins into the huts of campaign donors on Martha’s Vineyard.

Last week Atwood’s sequel entitled “The Testaments”, premiered in London, at the National Theatre, accompanied by the type of ceremony usually reserved for the opening of the Olympic Games.

But: why London? Advances in equality here have resulted in near criminal prosecutions for discriminatory or sexist practises. Why not…(thinking)…Riyadh? Nevermind.

To Bournemouth for the Liberal Democrats annual party conference. Previously I wrote about the rising fortunes of this party; it has since absorbed a number of former Conservative and Labour MPs and councillors – something that has been well documented, handing the party the confidence to announce its updated policy on Brexit: just cancel the bloody thing.

What is less well documented however is the party’s previous position on Brexit. Here is former leader, the late Paddy Ashdown, who was affectionately lamented at the same conference, speaking on the eve of the referendum in June 2016: “I will forgive no one who does not accept the sovereign voice of the British people once it is spoken, whether it be by one percent or 20 percent.”

Liberal Democrats I know are delighted by the way Luxembourg’s ahem, “Prime Minister” Xavier Bettel, humiliated their own Prime Minister, Boris Johnson, because firstly, Lib Dems love camping and secondly, as the behaviour of The Guardian reveals, there comes a time when you can scratch diplomacy and fundamental decencies.

Said Lib Dems are also big on tax, or rather, doxxing the corporations who shirk paying their share of it. In 2014, the International Consortium of Investigative Journalists (ICIJ) exposed wholesale tax avoidance schemes enacted during the administration of one Jean-Claude Juncker (“Lux Leaks”). In 2019, under Xavier Bettel, the, erm, “country” is still not compliant with EU reforms, in particular, the Fourth Anti-Money Laundering Directive… but I’m sure there’s a reasonable explanation for absent ownership details of 68,000 companies.

I don’t think Mrs. Xavier Bettel would approve of his husband’s behaviour. His name is Gauthier Destenay, and he is from Belgium, which is cute because like Luxembourg, Belgium is not really a country, more like a premium economy Malmesbury (although people in Malmesbury are much nicer, less mad, make good wine and don’t steal ivory).

Gauthier has the look of someone who has already survived one bubonic plague and is anticipating another imminently – best then not to show him how The Guardian and it’s editor-in-chief pick on the dead sons of men eh?