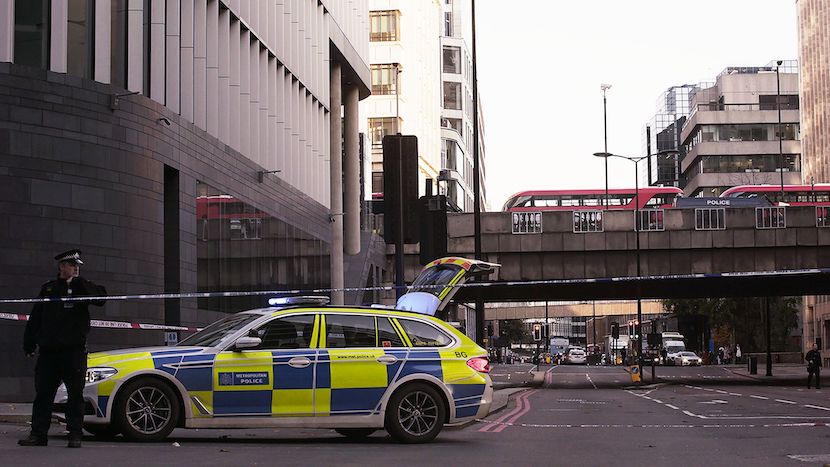 9/11 is one of those ‘I remember exactly where I was when’ moments. Do you remember where you were when terrorists flew planes into New York sky-rises? I was at my dining room table, with a television playing in the background, as CNN started updating the world on the Twin Towers’ carnage. I also remember when Chris Hani was assassinated, as do many South Africans. In my case, I was in a cafe near Hermanus grabbing some padkos when the news was broadcast. I don’t remember where I was when a terrorist killed two young Cambridge graduates in Westminster, probably because the scale of the attack pales in comparison to many atrocities. Terrorism has become an ordinary, everyday occurrence, a point which Sout Piel Simon Lincoln Reader ponders in his latest column. He has some suggestions on how to rid the world of this evil scourge. – Jackie Cameron

In the wake of 9/11 in New York two responses emerged.

The first response was to grieve the loss of strangers, to lament the tragedy as if this city was our own. The second response, like unwanted fatbergs consisting of wipes and shit sliding through sewage canals underneath civilisation, was to accuse America of deserving it, or worse, that it had somehow conspired the act upon itself. For the most part this response was swiftly derided, confined to groups in lawless states.

But ranks in the latter response have swollen in the decade following the event. The decision to invade Iraq in 2003 conflated already complicated relationships, and this led to space being unnecessarily created. Nature loves a vacuum: into it came the dramatic interpretations of asymmetrical and intersectional power systems, predominately western – what was once chatter amongst disenchanted academics, now popularised across university campuses, no longer an inappropriate response to a tragic event – but a supposedly legitimate platform to air grievances.

Hours after I left the 9/11 Memorial and Museum in lower Manhattan last week, I received a notification on my phone of gunfire on London Bridge. The event quickly became known as London Bridge 2 because the similarities are clear: as in 2017, the perpetrator was known to authorities, wore fake suicide equipment and killed his victims by slashing and stabbing them.

Read also: How to protect crowded places from ever adapting terror networks: Criminologist

The victims were young, idealistic Oxbridge graduates; the young man was studying criminology, and was determined the address the (in the words of his thesis) “over-representation of Black, Asian and Minority Ethnic Males Aged 18-21 in the British prison system.”

And now, as was then, we are discouraged from telling the truth. In a few days time, the frequency of police sirens will diminish, and we’ll all just sit back and await the next atrocity.

No sooner had the maniac Usman Khan gone beserk when a series of groans signalled the arrival of social justice she/hers and their middle class, privately-educated priest sponge he/him counterparts. “False flag!’ a self-confessed fan of Jeremy Corbyn shrieked. ‘Too coincendental,’ another remarked. These grew steadily through the day before converging into a single perspective: “look this might appear a little bit bad and all but OH MY GOD THE FAR RIGHT”.

These are not your garden variety fatbergs sitting in internet cafes in Karachi or working class oiks; the majority that spilt themselves over commentary in the response to the attack were raised in privileged circumstances, who should have distinct ideas of right and wrong.

The roots of 9/11 are critical in trying to understand both the hate and the divide. Comprehensive analysis of; the deal struck struck on Bitter Lake on the Suez Canal between Franklin D. Roosevelt and King Abdulaziz in 1945; the Soviet invasion of Afghanistan; the work and writing of Sayyid Qutb; Henry Kissinger and Hafez al-Assad; the Lion of Panjshir Ahmad Shah Massoud, the warlord Gulbuddin Hekmatyar (who is alleged to have swallowed most of the $3.5b that US Congressman Charlie Wilson had raised to support the Afghan tribes resisting the Russians); Pakistan’s notorious Inter-Services Intelligence (ISS) and many, many other things is essential. Ultimately, things they do not teach you in gender studies.

There is a cure for the condition we find ourselves in, but it is brutal and comes in four interconnected parts.

The first part is that we must reject, in the spirit of restorative justice between ourselves and the sensible Muslim world, the impunity George W. Bush and Tony Blair have been afforded since their decision to invade Iraq. Bush remarks unpleasantly on Donald Trump; Blair is considered an ally of the remain lobby in the UK.  These men and their associates have never been sanctioned, their usefulness today is something which disgusts leaders in a region heavily affected by their combined actions.

The second part is that we must challenge people such as Jeremy Corbyn and his foul supporters who have adopted the second response to 9/11 into political manifesto, confirmed this week when a Labour video displayed a photo of flowers near London Bridge, accompanied by the text “Its time for Britain to stop clinging to Donald Trump’s coat-tails”. It is through people like Corbyn that the response has mainstreamed and formed this unlikely Islamic fundamentalist-Social Justice-Queer Studies-Middle Class-Antifa-Climate Anxiety-Conspiracy alliance.

The third part is that we must disabuse ourselves of the notion and its extensions that academia and sympathy enables us sufficiently to appease Islamic extremism. This is wildly arrogant, very British and destined result in tragedy. Liberal sensitivities only make bad things worse (just look at the BBC, the NHS, the civil service, One Nation Conservatism, etc).

The fourth and final part is that we need to ask ourselves difficult questions.

Upon arrival back in London a small motorcade passed me en route to my office. It was the Hungarian delegation attending the NATO summit. Here I located a first difficult question: why is there no terror on the streets of Budapest?