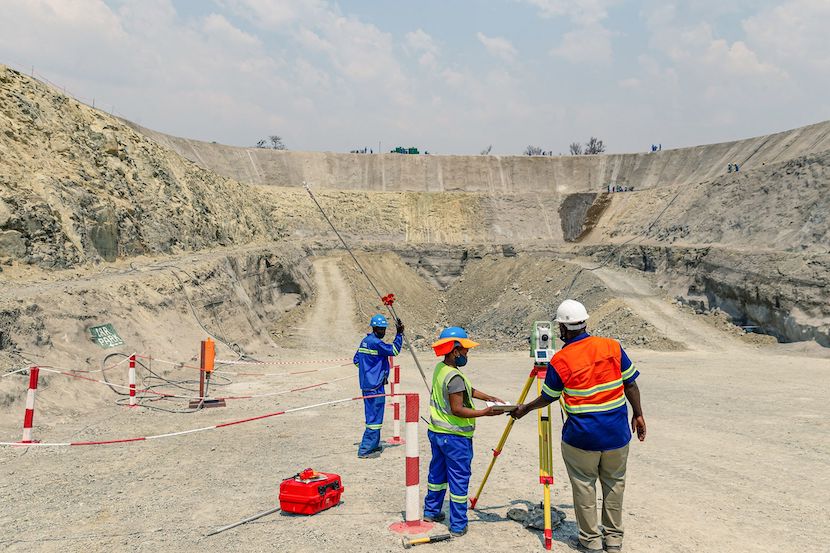 Between 2000 and 2001, former Zimbabwean president Robert Mugabe approved the invasion and appropriation of myriad white-owned farms. This was done with the intention of reclaiming land that was taken by settlers in the colonial era. Many farmers were evicted from their properties, which destroyed livelihood’s and resulted in the deaths of many. This decision by Mugabe contributed significantly to the economic collapse the country saw in the early to mid 2000s. Following Mugabe’s resignation, Emmerson Mnangagwa has sought to compensate white farmers who lost their farms under the reign of his predecessor. According to Bloomberg, the country plans to utilise profits from a mining venture, ‘to help settle a $3.5 bn compensation claim from white farmers’. This, says Bloomberg reporter Godfrey Marawanyika, is essential to ‘repairing relations with multilateral lenders who have shut off finance to the country’. – Jarryd Neves

Zimbabwe to fund white farmers’ compensation with mine revenue

(Bloomberg) – Zimbabwe plans to use profits from a mining venture to help settle a $3.5bn compensation claim from white farmers and settle a two-decade dispute that’s soured the country’s relations with Western nations and global lenders.

Kuvimba Mining House, of which the government owns 65%, intends to raise $1bn for acquisitions and capital expenditure. It will invest a “significant amount” of the cash raised on the Darwendale platinum project, which belongs to Kuvimba’s Great Dyke Investments unit, according to Chief Operating Officer David Brown.

If successful, the company could help meet the $3.5bn the government agreed to pay thousands of white farmers it began evicting from their land in 2000 in a failed land reform program that has seen Zimbabwe’s economy collapse. Resolving the dispute is key to repairing relations with multilateral lenders who have shut off finance to the country.

Proceeds from Kuvimba will “be used to compensate the former White commercial farmers who lost their farms in 2000,” Mthuli Ncube, the country’s finance minister, said in an interview.

Zimbabwe is also considering selling real estate and raising debt to meet the compensation bill and has appointed three advisory firms to help it, Ncube said.

Platinum, of which Zimbabwe has the world’s third-largest reserves, is seen as key to reviving the economy and the country is wooing investors from as far afield as Russia, Cyprus and Nigeria to try and develop new mines. Great Dyke is partially owned by Russian investors.

Kuvimba means trust in the language of Zimbabwe’s biggest ethnic group, the Shona.

About $100m of Kuvimba’s money will be spent on acquisitions and capital expenditure over the next 12 months, Brown said in an emailed response to questions.

“We require about $1 billion to build out mines and ensure that catch-up capital is made,” he said, referring to about three years during which little investment was made in the assets.

The group, whose portfolio includes gold, nickel and platinum assets, will raise part of the money internally through its operations, he said. It will also sell debt.

In addition to compensating White farmers, profit from Kuvimba will be used for pension payments that are in arrears, Ncube said.

Kuvimba has three working gold mines producing about 10,600 ounces of the metal each month, and owns a nickel mine with monthly output of 550 tons.

The company is negotiating to buy Metallon Gold Zimbabwe’s Mazowe mine. It is looking at other metals such as lithium, nickel and copper and exploring opportunities elsewhere in Africa, Brown said.