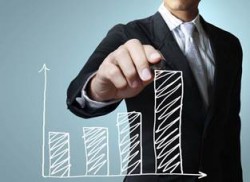 Here on Biznews, we talk a lot about the active/passive debate, and which is better for investors. But there’s another way to think about the topic, and that is: what does the switch to passive management mean for money managers?

Now, before I dive in here, for those who aren’t familiar with the debate, essentially, it’s a about investment philosophy. People who favour passive management believe that it is very difficult for anyone, even an expert, to consistently beat the market over time. Research suggests that there are, indeed, very, very few investors who can consistently deliver alpha (which is a return in excess of the return generated by the overall market, which is called beta). Thus, passive investing aficionados say that your best bet is to park your money in a very low-cost fund that tracks an important index – an S&P 500 ETF tracker, or a JSE Top 40 ETF for example.

On the flip side, there are those who argue that passive management offers investors no upside potential. Active management fans say a good money manager can respond to market trends before they get reflected in index weightings, and can take advantage of value opportunities and the like in order to generate market-beating returns.

There’s evidence for both sides of the debate, and no clear winner has emerged. Whatever your personal philosophical inclinations might be, however, it is nevertheless interesting to note that over the last few years, and especially during 2014, passive management has seen its popularity skyrocket. Billions and billions of dollars have been flowing into ETFs and index trackers.

The switch to passive over the last year, in other words, has been dramatic. Of course, as of today, only about 10% of the $17.5 trillion market cap of the S&P 500 is held in passive funds, but that is growing fast. This is putting some pressure on active managers, who have to compete against these low-cost options and who have to prove their value justifies their fees.

Given this situation, how can I be arguing that the passive investing trend might ultimately help active managers? Well, the answer is simple enough. Passive money is predictable money. Since index trackers must track the index, it’s easy to predict that they will buy a company whose price is rising, and sell one that is falling (in order to maintain the correct weighting of their portfolio, which must mimic the index). And when a lot of investors are behaving in very predictable ways, it becomes easier for good active managers to exploit their behaviour for profit.

Thus, paradoxically, the more money there is in passive management, the more likely it will be that good active managers are able to generate alpha.

A second reason to think that the switch to passive may not spell the end of the line for active managers is that the market is, well, a finicky thing. A lot of money flowed into index trackers in the US this year, and perhaps not coincidentally, US indices like the Dow, S&P 500, and Nasdaq had a record-breaking, strong, positive, shoot-the-lights-out year. In a year like this, it’s pretty easy to see the value of passive investing – an idiot could have made money this year by slapping a few thousand into a bog-standard S&P tracker.

But markets will turn. And when they do, those who have bet on a passive strategy may suddenly find themselves wishing that they had an active manager looking out for them, selling their dogs and seeking out value picks. If passive investing and the bull market are encouraging people to test the stock market waters, a correction will teach newcomers the dangers of an autopilot strategy and may boost the fortunes of the active folks.