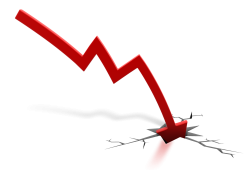 Feb 10 (Reuters) – It may not take a Greek default or Chinese slump to end the bull market if we get something as prosaic as a strong U.S. recovery.

And even if, as we might, we get all three, the good news story of stronger-than-expected U.S. growth might prove the hardest for the market to handle. One prime risk: the Fed brings forward interest rate hikes and bond investors suddenly realize they are holding a massive amount of debt yielding very little in interest.

Last week’s quite strong U.S. jobs report underlined the extent to which the recovery is coming along, with both good job creation and respectable hourly wage growth. The Fed’s own labor market conditions index has made up almost 90 percent of its recession losses and is on course to return to pre-crisis levels by the end of the year.

And yet markets continue to expect the Fed to wait at least until this summer to hike rates and to be quite slow in further rises. That’s despite the Fed itself forecasting something quite different: with the median Fed official expecting interest rates at 2.5 percent by January 2017, against the 1.375 percent priced in by futures markets.

“The biggest risk to equities now is strong growth in the U.S., which will alter the policy trajectory of the Fed,” hedge fund manager Stephen Jen of SLJ Macro Partners wrote in a note to clients.

“Strong growth in the U.S. could force the Fed to abandon the ‘patient’ wording at the March FOMC meeting, and I suspect that would lead to some volatility similar to the ‘Taper Tantrum’ in May of 2013.”

Bad things happen in financial markets not simply when they are hit by the unexpected, but particularly when the market has, for whatever reason, largely ceased to consider and insure against the possibility of a particular outcome.

After all, a strong U.S. economy and the hikes by the Fed that would come with it can’t really qualify as a surprise in the grand scheme of things. While this economy post-crisis has been slow to recover, the job market has been recovering steadily, if bumpily, for years.

Investors partly don’t think the Fed will raise rates when inflation is as low as it has been recently. That perhaps is besides the point. The issue rather being what magnitude of move we might see if inflation is strong enough to allow or require the Fed to begin to tighten, possibly quickly.

Financial markets, particularly bond markets, have been deliberately manipulated, with interest rates suppressed by official buying. That may have been a necessary policy, but it implies two forces currently at work, both of which may be mutually reinforcing.

The first is very low interest rates, even for what may be relatively high risk. As consultants McKinsey point out, global debt has actually risen by $57 trillion since the financial crisis, racking up a compound annual growth rate of 5.3 percent, or more than the rate of global economic growth. And the interest rates on bonds, with few exceptions, have trended much lower. Indeed, according to JP Morgan data, $3.6 trillion of bonds now carry negative interest rates.

The second factor is that the bond market itself, because of official intervention, is no longer working very effectively to discount future growth or price the risk of inflation. Investors, by and large, work to mandates which tell them to beat the market rather than to walk away from the market when it no longer offers fair value.

“Bonds used to be considered the ‘smartest’ of all asset classes. But they are no longer reliable because of financial repression,” Jen of SLJ wrote.

So what would happen if the Fed, the most powerful central bank in the world, sent a clear signal that rates were now on the way up? A large number of investors will suddenly realize that they are being paid a risible rate of interest on bonds which will, as rates go up, rapidly fall in value. The bond market would sell off, sharply and rapidly.

Equities too would suffer, even if the underlying fundamentals for their economies and businesses did not. As interest rates rise, not only does the value of future earnings fall in present terms, the entire investment biosphere becomes more competitive. The price of a given dollar of future earnings, or future interest, has been unnaturally repressed by monetary policy. Change the policy and you change the price, rapidly and perhaps amid a bit of market dislocation.

Central bankers know this and will do their best to prepare the way, employing their best bedside manner.

Investors, to judge by markets, haven’t much of a clue and may take the good news very badly.