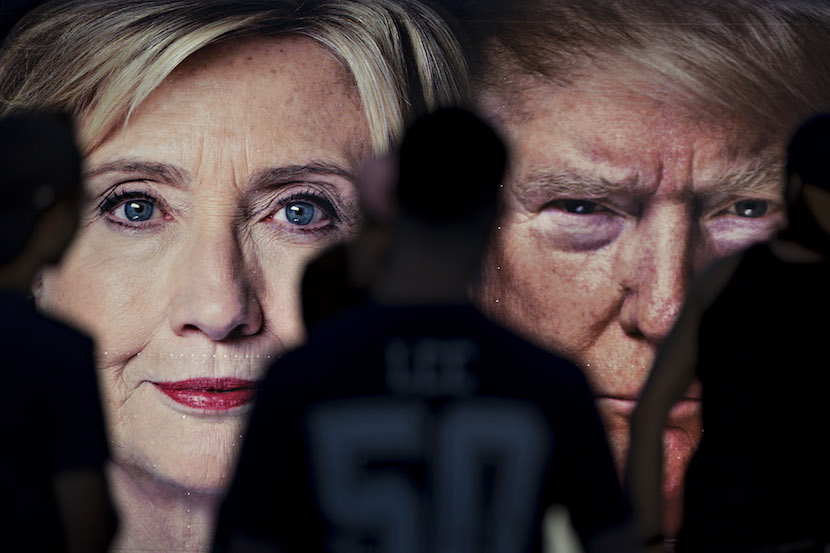 Americans who are supporting Donald Trump don’t know how good they’ve had it in presidents ranging from Barack Obama to George W. Bush. While the ratings of US presidents have varied, the world’s biggest economy has never experienced a leadership style that is all too common in Africa: dictatorship. While Robert Mugabe-type control has seemed utterly impossible in a country that is the world’s champion of democracy and human rights, it’s certainly looking more possible that a man who could just as easily be running for president in an African banana republic could soon be commander-in-chief of the US. Donald Trump has strong support and it will be a tight race for the White House. Natasha Ezrow of the University of Essex has sized up Trump’s behaviour and finds stark similarities with iron-fisted dictators and autocrats. It’s not only Americans who should be afraid; a Trump win will undoubtedly reverberate across financial markets, while in the longer term a deterioration in US leadership will not be good for democracy and human rights around the world. Americans would do well to spend time reading up what it is like to live in a country like Zimbabwe or South Sudan before they make their mark on the ballot box. – Jackie Cameron

After using his presidential campaign to denigrate women, Latinos, Muslims, African Americans, war veterans and the disabled – among others – Donald Trump is rounding off the election by attacking some of the fundamental institutions of American democracy. After his final TV debate with Hillary Clinton, when asked if he would accept the election result, he responded: “I will keep you in suspense.”

Standing next to him on the debate stage, Clinton didn’t hold back:

He is denigrating … our democracy. And I for one, am appalled that somebody who is the nominee of one of our two major parties would take that kind of position.

Though Trump attempted to clarify that there could be special circumstances whereby he might not accept the results, the damage had been done.

Rarely if ever has a presidential candidate posed such a threat to one of the core principles of democratic politics: the peaceful transfer of power. And Trump’s recent pronouncements that the election is “rigged” and that he might not accept the outcome have led many to ask whether he in fact poses a threat to democracy in general.

There’s plenty of reason to worry. Trump certainly has not hidden his admiration for iron-fisted dictators and autocrats. And though Clinton has repeatedly argued that Trump does not have the temperament to lead the US, he may have a temperament better suited to leading non-democratic countries. In fact, his behaviour during the campaign has been more than a little reminiscent of many of the world’s most notorious dictators.

One of the most notable traits of powerful dictators is intense narcissism. They see themselves as messianic figures; it is only they who can save the country from a life of misery. To promote his “godly” qualities, Joseph Mobutu of Zaire had footage of his image descending through the clouds from the heavens screened prior to the television evening news.

Read also: Democratic disneyland: Will Trump kill democracy as we all know it?

Trump has also made much of his near-superhuman qualities in his speeches, including the one he gave at the Republican National Convention, in which he expounded on his belief that he alone could solve the US’s problems.

Many dictators also exhibit high levels of paranoia. Kim Jong-il of North Korea was so paranoid about flying, fearing he would be assassinated, that he refused to travel by plane, no matter how time-consuming the alternative. Trump is not only a famous germophobe, he has shown his paranoia by claiming that the media is completely against him, the election is rigged and voter fraud will be rampant on election day. Though he exhibits inflated thoughts about his own popularity and appeal, he feels constantly certain that there are forces operating against him.

Many dictators also as time goes on become further removed from reality. They decrease the size of their inner circle to their most trusted advisors. And their entourage consists not of technocrats or experienced advisors that could challenge them, but of sycophants, eager to tell the dictator what he wants to hear. Iraq’s Saddam Hussein encouraged a culture of false reporting; anyone who offered him accurate information that he disagreed with was killed or purged.

If Barack Obama acted like Donald Trump, he would never be president https://t.co/GDy6ZIrVOn pic.twitter.com/YVnQC6Dfhc

Similarly, Trump is either ignoring his advisers or only listening to those who tell him what he wants to hear. In the latter stage of his campaign, he surrounded himself with like-minded ex-Fox News chief, Roger Ailes, and adoring surrogates such as Rudy Giuliani. There are reports that Trump has become increasingly isolated from those that might offer advice that counters his strategy.

Spare me the details!

Many dictators also have little patience for learning about policy, which they find downright tedious. They prefer to enjoy the spoils of power, and invest very little time in the business of actually governing.

Uganda’s Idi Amin found cabinet meetings boring and had little time for learning the ins and outs of government; he kept them to informal chats over a campfire. It’s been reported that Trump similarly has little time for policy briefings. While he prepared for his first debate with Clinton, his team conveyed that his preparation strategy was similarly informal, initially consisting of little more than a conversation on a golf course with members of his inner circle.

Despots and autocrats who realise that the end is near often adopt a scorched-earth approach to their inevitable downfall; they cling to power until the very end, but are more than happy to cause maximum damage on the way out. After it became clear that he wouldn’t regain control of Libya, Muammar Gaddafi ordered his troops to destroy any territory they couldn’t hold, including oil refineries and crucial infrastructure.

"Girls would grow up with a president who…brags about doing things to them without their consent." —Hillary on Donald Trump

Trump’s habit of bridge-burning hints at the same mindset. After a tape from 2005 was released on which Trump could be heard speaking in extremely crude terms about women, many within the Republican Party called on him to step down; he retaliated against all those who dared challenge him, complaining that it was more difficult to deal with them than with the Democrats.

Since becoming the nominee, Trump has repeatedly forced a great many Republicans to choose between him and their conscience. His party colleagues, even his own running mate, have been put in the awkward position of negating his statements, publicly accepting that the elections are not rigged and promising that they will accept the outcome if they lose.

The spectacle of a potential leader exuberantly denigrating the country’s electoral institutions during a presidential campaign may be unprecedented in American history – but to people around the world who’ve lived and still live under the harsh rule of true autocrats, it must all seem chillingly familiar.