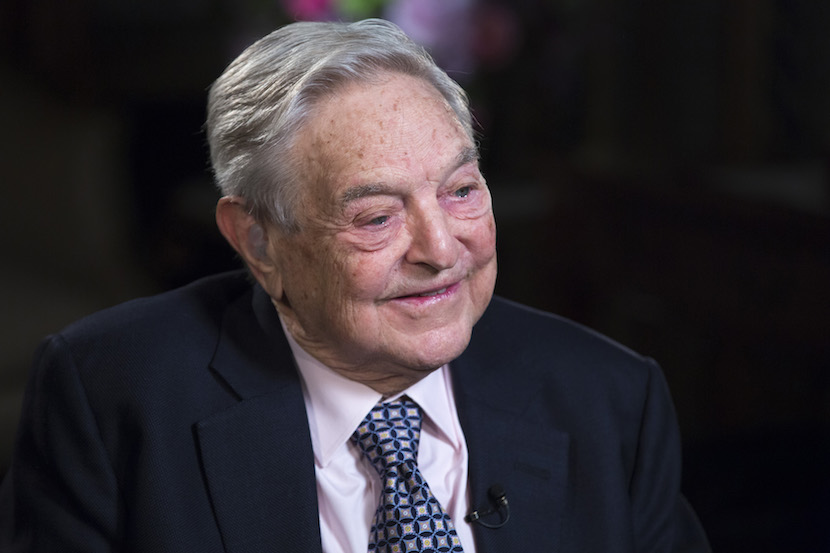 With so few asset managers being able to outpace the markets, and with passive funds eating their lunch, the race is on to find new ways to add a few percentage points to returns. A Wall Street team have been scrutinising the portfolios of investment greats like George Soros, Warren Buffett, Bill Gross and Peter Lynch to get closer to understanding the secret of being able to consistently deliver superior returns. In a paper, seen by Bloomberg journalists, these researchers suggest that the success of these star investors can be replicated by anyone using a small number of buy-and-sell signals known to quantitative analysts. There are already passive investments that aim to mimic various styles with a view to outperforming funds that track stock market indices. The folks over at AQR Capital Management, which relies on computer programmes to guide investment decisions, are no doubt hopeful they can take the theoretical underpinnings to a new, and lucrative, level for investors. As it turns out, Peter Lynch’s investment formula is the most challenging to get down on paper. Is he the ultimate investment sage? – Jackie Cameron

What do George Soros, Warren Buffett and a computer have in common? Turns out, a lot.

At least that’s the view of AQR Capital Management, the program-driven investment firm whose founders made their names finding the math behind investment success. A new paper, which isn’t publicly available, posits that a lot of the gains reaped by the legendary managers over time were, in theory, available to anyone using a handful of buy-and-sell signals known to quantitative analysts.

Take Buffett and his Berkshire Hathaway Inc., with its average annual return of 17.6 percent since 1977, twice as much as the S&P 500. AQR analysts claim that had you been able to take Buffett’s investment pronouncements and let computers build quantitative portfolios around them, you could’ve generated about two-thirds of that outperformance on your own.

It’s the latest entry in a Wall Street discussion about how skill combines with luck to explain how active managers perform, a debate that has taken added urgency amid the ascent of passive funds. AQR has a dog in the fight. Factor investing has helped fueled its growth, along with spurring a crush of cheaper mutual funds and smart-beta ETFs tied to things like value and momentum.

AQR compared Buffett’s and Soros’s returns with portfolios automatically tuned to investment styles deemed consistent with their philosophies, and found the computers did a fair job of replicating the humans. The paper can be seen as part of a larger effort to promote a version of money management that sometimes seems to defy explanation: How rejiggering stock indexes to emphasize characteristics like low volatility and price momentum is similar to what star investors do.

“If investors want to be more Buffett-like, they don’t have to pick the exact same stocks that Buffett is picking, they just have to pick the same type of stocks,” said Dan Villalon, co-head of AQR’s U.S. portfolio solutions group. “That’s where a lot of the interest behind factors and styles is coming from.”

To be sure, the research doesn’t imply these aren’t gifted managers. Everyone knows Buffett buys cheap stocks, so the fact that the “value” factor could get you closer to his results does nothing to dim his achievement in choosing the strategy and staying with it. AQR’s point is that smart investors often succeed by doing a few things well over time, hinting that passive strategies that share their logic have a chance of keeping up.

“Though our results may seem compelling, we have the clear benefit of hindsight,” the authors said. “These great investors ‘figured it out’ first, had the ability to stick to their philosophies, and rightly deserve their reputations.”

In scanning the market for systems that operate like Buffett, AQR proposed tracking a computer-generated portfolio chosen by the value factor, the quality factor (or stocks with the strongest balance sheets) and the low-volatility factor, meaning those with with the smallest price swings. Combined with the market itself, owning stocks with those traits over the last four decades got you within 4 percentage points of Buffett’s results. Even that gap is statistically insignificant, wrote AQR, and may reflect the benefit of leverage Buffett gets from investing his insurance companies’ cash.

AQR decided the factors that best capture Soros’s theory on boom-and-bust cycles are trend and momentum. The analysts also included a value factor for currency, a nod to his success in short-selling sterling in the 1992 U.K. pound crisis. Together, those factors, along with simple U.S. equity market returns, come close to replicating the 20 percent annual gain in his Quantum Fund from 1985 to 2004, almost triple the U.S. stock market.

The analysis comes with caveats. AQR started with the premise that it could determine which factors were consistent with the star managers’ methodology, somewhat of a judgment call. It’s long been established that a handful of factors have a record of beating the market over time, suggesting that any tried-and-true quant strategy AQR chose would’ve helped an investor get closer to his hero’s record.

AQR says it didn’t just pile on systems it knew beforehand would beat the market. “Each of the ‘Buffett factors’ used are statistically significant, suggesting that each of these investment styles played a role in Berkshire’s success,” they wrote.

The study also looked at Bill Gross during his tenure at Pacific Investment Management Co. and Fidelity Investments’ Peter Lynch. Of the four, only Lynch’s Magellan fund from 1977 to 1990 generated a significant amount of upside that couldn’t be replicated by computers. On his watch, Fidelity’s Magellan Fund grew from $20 million to $14 billion.

Even with hindsight and knowledge of all the factors quants study today, the researchers can’t account for 8.3 percentage points of Lynch’s 21 percent annual return. That fraction of unexplained alpha was larger than any single factor contribution. His edge comes from his “checklists for various categories of companies,” along with factors favoring small stocks and momentum, according to AQR.

“There’s definitely still room for skill,” said Villalon. “He still has huge alpha after we put all these factors in.”