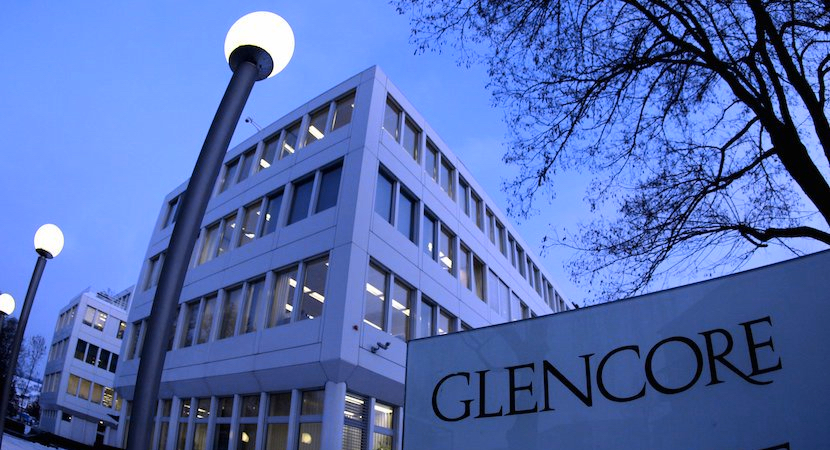 JOHANNESBURG — By the looks of things, commodities trader Glencore is in very big trouble. For US authorities to go after Glencore with a money laundering subpoena, the company will face the prospect of having to do some serious explaining. But, in many ways, this latest development is unsurprising as the company has been in bed with the likes of Dan Gertler, a controversial Israeli businessman being investigated by the US and UK, for quite some time. The share price has subsequently taken a hammering with the risk of more to come. – Gareth van Zyl

(Bloomberg) – Glencore Plc tumbled the most in two years as its African troubles escalated dramatically after US authorities demanded documents relating to possible corruption and money laundering.

The world’s biggest commodity trader said Tuesday that it’s been subpoenaed by the US Department of Justice to produce documents with respect to compliance with the Foreign Corrupt Practices Act and United States money laundering statutes. The documents relate to the company’s business in Nigeria, the Democratic Republic of Congo and Venezuela from 2007 to the present. The shares plunged as much as 11 percent.

The shares plunged as much as 13 percent, and more than 5.5 billion pounds ($7.3 billion) have been knocked off Glencore’s market value, about half the $14.8 billion of profit the company made last year.

It’s been a tumultuous year for Glencore, mostly due to challenges linked to its business in the Congo, where it operates giant copper and cobalt mines. The Swiss company trader and miner is already facing the possibility of a bribery investigation by UK prosecutors over its work with Dan Gertler, an Israeli billionaire and close friend of Congo President Joseph Kabila, people familiar with the situation said in May.

Glencore said it’s reviewing the subpoena and will provide further information as appropriate. The shares dropped to the lowest in almost a year and were down 11 percent by 12:11 p.m. in London.

The DOJ usually issues subpoenas when it is investigating a company. In December, a Swiss court ordered companies controlled by Gertler to hand over bank documents to U.S. Federal prosecutors.

“Given the flow of negative news we’ve had through the course of this year, the knee-jerk reaction is worse than it otherwise might have been,” Hunter Hillcoat, an analyst at Investec Securities Ltd., said by phone. “The DOJ fines can be big, but to wipe out 10 percent of the market cap would be bigger than any fine I can recall.”

The biggest U.S. penalty for foreign corruption under the FCPA was a $965 million payment imposed on Swedish telecoms company Telia Company AB after it accepted that it paid hundreds of millions of dollars in bribes to a government official in Uzbekistan.

While Glencore didn’t specify exactly what the DOJ is investigating, it has faced legal challenges in DRC, Venezuela and Nigeria that might suggest where the U.S. authorities are focusing their probe.

The company’s relationship with Gertler, who’s under U.S. sanctions over allegedly corrupt deals in Congo, has long been a cause for concern. In Venezuela, Glencore is among oil traders accused of paying bribes to get the inside track on oil deals, according to a lawsuit filed by a trust for Petroleos de Venezuela SA earlier this year. In 2015 a former representative of Glencore alleged that the company failed to pay a fee for helping to free 15 Russian sailors detained on suspicion of smuggling guns in Nigeria.

The company’s problems had seemed to ease last month as it headed off two of its biggest challenges in Congo. Faced with the risk of losing control of its mines, Glencore bowed to the demands from two entities with close government ties — the state-run mining company Gecamines and Gertler.

Glencore’s bonds also slumped on the news. The company’s 500 million euros ($583 million) of notes due April 2026 led the decline, falling more than 2 cents on the euro to 109 cents, the biggest drop in more than two years, according to data compiled by Bloomberg.

“After navigating the recent challenges in the Congo, albeit with a jurisdictional shift in risk from the Congo to the U.S., this investigation is likely to provide another reason for investors to proceed with caution around the Glencore investment case,” RBC Capital Markets analyst Tyler Broda said in a note to investors.